Beginning last summer, several drug manufacturers began to take actions to limit covered entities’ use of contract pharmacies in the 340B Program. Such actions included complete prohibitions on the use of contract pharmacies, with limited exceptions, as well as requirements that covered entities share certain data if they wanted to continue using contract pharmacy arrangements. Since then, provider groups and policymakers have requested that HRSA and the Department of Health and Human Services (HHS) intervene to stop these manufacturer actions, have instituted alternative dispute resolution (ADR) proceedings through HRSA, and have instituted federal litigation to stop the manufacturer actions.6

PAST RESPONSE TO MANUFACTURERS’ ACTIONS

As discussed in our earlier client alerts (here and here), HRSA’s responses have varied. In July 2020, the agency originally indicated that it lacked enforcement authority to take any action, while ultimately stating that it would evaluate the situation and determine if it could impose sanctions. Then in fall of 2020, HRSA also made public its responses to certain drug manufacturer’s pre-enforcement advisory opinions regarding whether such actions would subject them to penalties, in which it stated it had significant concerns that it would evaluate.7

On 30 December 2020, HHS released Advisory Opinion 20-06 regarding the use of contract pharmacies.8 The agency concluded that because contract pharmacies act as agents of covered entities, drug manufacturers are required to deliver drugs to such pharmacies and charge no more than the 340B ceiling price.

Shortly thereafter, three drug companies filed separate declaratory judgment actions against HHS seeking to invalidate the opinion, arguing both that HHS lacks the authority to issue the opinion and that it did not follow proper procedures in its issuance.9 The companies also asked the courts in question to rule on the ultimate issue of whether manufacturers must extend 340B Program pricing to contract pharmacies.10 The cases are currently ongoing with cross motions for summary judgment filed in each, and oral arguments forthcoming in two cases.

Additionally, in October 2020, Ryan White Clinics for 340B Access in conjunction with Ryan White grantees, had already filed an action against HHS, asking the court to direct HHS enforce their right to use contract pharmacies and impose civil monetary penalties (CMPs) against the manufacturers refusing to honor contract pharmacy arrangements.11 The National Association of Community Health Centers, on behalf of federally qualified health centers (FQHCs) also filed a suit in October 2020, seeking the same.12 As both cases also sought the promulgation of the 340B alternative dispute resolution (ADR) process rules, both were stayed after the issuance of such rules and remain so currently, while the parties evaluate their course of action in light of the ADR process. Our past client alerts discuss the ADR rule (here) and on-going litigation (here).

In what has been the biggest step by HRSA thus far to stop the manufacturer action (noting, of course, that there has been a change of presidential administration and agency staff since the last material communications from HRSA), on Monday, 17 May 2021, HRSA sent letters to six drug manufacturers stating that they must permit covered entities to receive 340B pricing at contract pharmacies. Specifically, in the letters to United Therapeutics, Sanofi, Novo Nordisk, Novartis, Eli Lilly, and AstraZeneca, HRSA stated: “HRSA has determined that [manufacturer] actions have resulted in overcharges and are in direct violation of the 340B statute.”13 The letters further state that Section 340B of the Public Health Service Act requires that manufacturers offer covered drugs at the 340B price, and that this obligation is not “qualified, restricted, or dependent” on how a covered entity chooses to distribute the drugs, including through the use of contract pharmacies. Additionally, the letters state that the 340B statute does not permit a manufacturer to place conditions on its statutory fulfilment obligations.

With regard to enforcement, the letters cite HRSA’s ability to invoke and implement CMPs, stating that “[c]ontinued failure to provide the 340B price to covered entities utilizing contract pharmacies, and the resultant charges to covered entities of more than the 340B ceiling price, may result in CMPs.”14 Accordingly, HRSA advised each manufacturer that it must immediately begin offering covered drugs at the 340B ceiling price through contract pharmacy arrangements and must also provide a plan to HRSA by 1 June 2021 regarding how it will start selling, without restriction, to contract pharmacies.

In the days following HRSA’s announcement, AstraZeneca, Eli Lilly, and Sanofi initially responded to HRSA’s letters by filing additional pleadings in their on-going litigation against HHS to seek relief from HRSA’s June 1st deadline. The pleadings reference the potential for sanctions and the fact that the courts have yet to rule on the ultimate question of whether manufacturers must extend 340B Program pricing to contract pharmacies. With respect to the latter, AstraZeneca and Sanofi also asked the courts to expedite their schedules with respect to the pending dispositive motions that address this question.15 Novo Nordisk is expected to seek similar relief.16

WHAT TO EXPECT NEXT

The courts may rule on the manufacturers’ requests for temporary relief in the coming days, which could affect HRSA’s ability to issue CMPs as described in the letters. If HRSA ultimately issues CMPs against any manufacturer, it is probable that the manufacturers will appeal such imposition and challenge both HRSA’s authority to issue the contract pharmacy guidance and, therefore, its authority to impose any penalty because of a violation of such guidance. Additionally, any such challenge will question the process used by HRSA in issuing the penalties. As noted above, such a challenge and definitive court ruling by one or more federal courts on HRSA’s core authority to have issued the contract pharmacy guidance was almost certainly already imminent in light of the on-going litigation regarding the 340B Program, most likely the litigation challenging the HHS Advisory Opinion, the letters issued on 17 May, and, in turn, any CMPs issued in the future and discussed above. Additionally, of course, manufacturers may elect to back down as they will also have to weigh the risks of continuing with their current course of conduct.

We will continue to monitor this major development and the responses, including any manufacturer’s response to this letter. K&L Gates’ health care and FDA practice and public policy and law practice regularly advise stakeholders on 340B Program compliance and strategy matters and facilitate engagement with Congress and the administration on 340B matters. 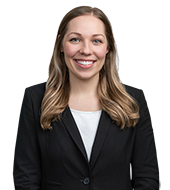 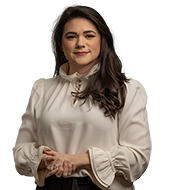