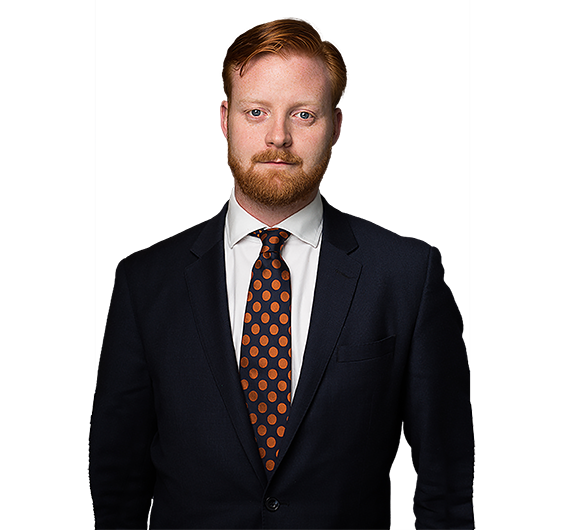 Alexander Bradley-Sitch is a commercial disputes associate, sitting within the insurance coverage practice group of K&L Gates in London. He qualified as a solicitor in September 2017, having completed his training with K&L Gates. He is frequently instructed on a wide range of complex commercial disputes, including English high court litigation and international arbitration, particularly on matters which have insurance coverage-related aspects.

Alexander has a particular interest in:

Alexander advises policyholder clients on actual and potential disputes with their insurers/reinsurers, including negotiating settlement of claims prior to formal proceedings being issued, and conducting litigation, arbitration and other forms of alternative dispute resolution.

Some specific examples of recent work include:

He also advises clients on non-contentious insurance matters, including undertaking policy wording reviews, advising on claims notification, and all aspects of policyholders' rights and responsibilities, with a focus on maximizing recovery for policyholders in the event of a loss.

Alexander acts for clients at all stages in complex civil / commercial disputes. He has been instructed in litigation before the Court of Appeal, High Court (including the Commercial Court; Business and Property Court; and Administrative Courts) and County Court. He is regularly instructed on applications to the High Court for urgent injunctions, and other forms of interim relief.

Alexander has also been instructed on a number of international arbitrations, and other forms of alternative dispute resolution.

Some specific examples of recent work include:

Alexander sits on the Diversity and Inclusion Committee of K&L Gates' London office.

He undertook his training contract at K&L Gates in London between 2015 and 2017. During his training contract, he gained experienced in the following practice groups: planning and environment; competition and EU regulation; complex commercial disputes and litigation; and banking and asset finance.

Prior to joining the firm, Alexander was a paralegal at a law firm in London where he was instructed on wide variety of private client and commercial disputes.