On 18 February 2021, changes to the Corporations Act 2001 (Cth) in relation to director resignations made by the Treasury Laws Amendment (Combating Illegal Phoenixing) Act 2020 (Cth) will take effect. The new provisions commenced on 18 February 2020 but due to a 12 month transitional period, are only now about to apply.

They amend the Corporations Act to prevent directors from avoiding responsibility by backdating resignations or ceasing to be a director if this would leave the company with no directors. A director includes an alternate director.

A company or the director may apply to ASIC or the Court to give effect to the resignation despite the delay in reporting the change to ASIC. Fees are payable for such an application.

A director may not resign if doing so would leave the company without a director at the end of the day that the resignation is to take effect (unless the company is being wound up). With limited exceptions, Form 484 or Form 370 lodgements submitted to cease the last appointed director without replacing that appointment will be rejected by ASIC.

A director may not be removed by a resolution of members of a proprietary company if doing so would leave the company without a director (unless the company is being wound up).

How Can ASIC Be Notified Of Director Changes?

Companies can lodge an ASIC Form 484 to notify ASIC of director resignations. The form should be lodged within 28 days from the date of the change to avoid the effective date of the resignation being deferred and late fees.

A resigning or retiring director or alternate director (or secretary) can also personally give ASIC written notice of the retirement or resignation using an ASIC Form 370. That form is lodged by post and does not need a corporate key. A copy of the letter of resignation or retirement the officer sent to the company must be submitted with the form and the letter must set out certain information, as explained in the ASIC Guide to the Form 370.

This process enables the outgoing director to control the notification process, if they want to make sure the resignation takes effect without delay or there are any concerns that the company may not attend to this in a timely manner.

If a Form 370 is sent, the company does not also need to lodge a Form 484 in relation to that change. 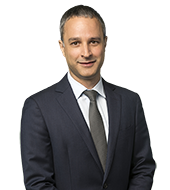 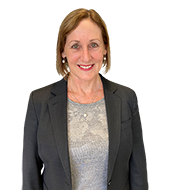