Environmental Compliance in the Wake of Hurricane Harvey

As the flood waters recede and rebuilding begins in Southeast Texas, those responsible for environmental issues face many compliance questions. This update describes recent actions by the State of Texas to relieve some of these concerns and actions counsel may want to take to protect against later claims.

Governor Abbott suspended numerous rules regarding pollution control equipment and operations at industrial and other facilities to the extent they hamper or impede responses to Harvey. These suspensions include, among others, various air emission restrictions and effluent restrictions, as well as reporting, operation, maintenance, and other standards infeasible to perform during weather relayed disruptions and flooded conditions. The suspensions also include the spill reporting and response requirements and the 90 day limits on the storage of hazardous waste.

The Texas Commission on Environmental Quality (TCEQ) Executive Director has also issued regulatory guidance that states no additional approval from TCEQ is necessary for restoration and other recovery activities directly related to the disaster.

Practice Tip: Review the list of suspended rules and the stated basis for suspension. The suspension is only to the extent that normal operations are impossible or unsafe due to the conditions and compliance would actually prevent, hinder, or delay necessary action in coping with this disaster. Any suspension is limited to the duration of the disaster and is restricted to those counties set forth in the Governors Disaster Proclamation including any amendments. Regulated entities must prepare and maintain records related to the actions and suspended rules.

Act of God Defense
Both the federal Superfund law and the Texas Health and Safety Code (THSC) impose cleanup liability on owners and operators of facilities for releases that occur at or from their facilities.[1] Both statutes allow a general defense to liability if the owner or operator of the facility can demonstrate through a preponderance of evidence that the release or threatened release was caused solely by, among other things, an “Act of God.”[2] The Texas Water Code (TWC) also imposes cleanup liability on owners or operators of facilities at which a discharge or spill of harmful quantities of hazardous substances occurs that may enter waters in the state.[3] “Harmful quantities” is defined similarly to the “reportable quantities” under Superfund, designating a quantity released within a 24 hour period.[4] The TWC provides a defense to such liability if the discharge or spill resulted from an “Act of God.”[5]

The term “Act of God” is not defined in the THSC, the TWC or in the rules adopted pursuant to those sections. It is, however, defined in the Federal Superfund statute to mean “an unanticipated grave natural disaster or other natural phenomenon of an exceptional, inevitable, and irresistible character the effects of which could not have been prevented or avoided by the exercise of due care.”[6] The record setting rainfall and subsequent flooding caused by Harvey should fall under that definition. In the aftermath of Katrina however, EPA questioned the assertion of this defense and asked owners and operators to demonstrate that they had taken all reasonable steps to secure their facilities against hurricane impacts. Thus, it remains to be seen how EPA will react to “Act of God” defenses asserted in Harvey’s wake.

Superfund also requires reporting releases of hazardous substances above a certain threshold to the National Response Center. The “Act of God” defense is not applicable to reporting obligations, so reporting should be performed as soon as safety permits.

Practice Tip: Counsel should document any actual or threatened releases from Harvey in a manner that will (a) provide evidence that supports the “Act of God” defense if the issue is raised later, and (b) be part of any disclosures made when the facility is later sold so that the defense can be maintained. Regulated entities should keep records of all activities that they believe are covered by this defense. However, according to TCEQ guidance, such entities must take all necessary steps to prevent or minimize any increased risk to human health and safety and to the environment. In addition, they must at all times apply best engineering and pollution control practices as required by applicable standards. Regulated entities should follow their standard operating procedures as well as startup, shutdown, and maintenance activities, requirements and plans, to the extent feasible, even during emergency events.

Note that other state and federal statutes also contain “Act of God” defenses that may or may not be similar to those described above. 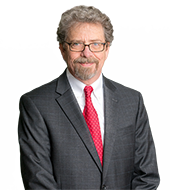