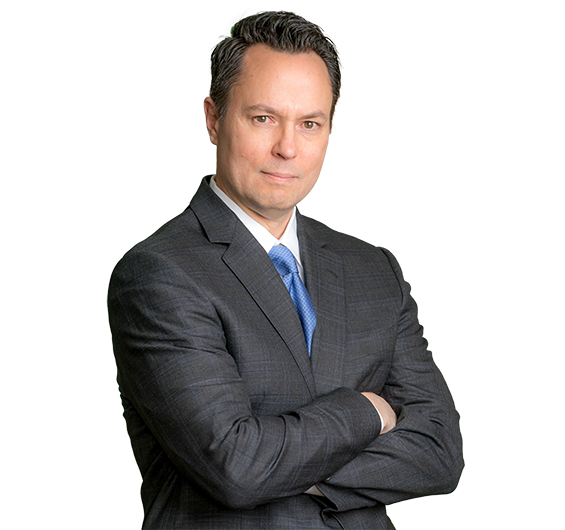 Lead coordinating counsel in defense of multiple securities fraud class actions and shareholder derivative actions pending federal and state courts in Texas based upon the supposed "Ponzi-like" nature of a billion-dollar complex of related entities.
Defense of corporation and Chief Executive Officer in putative securities fraud class action and putative shareholder derivative action pending in federal and state courts in Wisconsin stemming from asserted misconduct in failing to prevent, detect and disclose embezzlement by Vice President of Finance.
Defense of corporate officer in defense of putative class action pending in federal court in Illinois alleging securities fraud. Obtained dismissal of claims.
Representation of a corporate issuer based in the People’s Republic of China in defense of putative securities fraud action and shareholder derivative litigation pending in federal court in New Jersey and state court in Nevada involving alleged related party transactions which assertedly were not disclosed. Obtained dismissal of claims against the corporate entity after Nevada trial court had previously ruled that shareholder demand had been excused.
Representation of Independent Trustees in connection with litigation pursuant to Section 36(b) of the Investment Company Act of 1940. The litigation resulted in a Supreme Court decision mandating that deference be afforded to a Board decision to approve an advisory agreement under circumstances in which the Board was well informed and followed a robust process.
Representation of closed-end mutual fund and its independent Directors in defense of putative class action alleging claims for breach of fiduciary duty. Removed case to federal court and obtained dismissal pursuant to the Securities Litigation Uniform Standards Act. The decision was affirmed by the United States Court of Appeals for the Seventh Circuit, and cert. was denied by the United States Supreme Court.
Defense of mutual fund investment adviser in litigation pursuant to Section 36(b) of the Investment Company Act of 1940, in which plaintiff challenged the adviser's "manager of managers" business model. Obtained summary judgment in favor of the adviser.
Defense of mutual fund investment adviser in "excessive fee" litigation pursuant to Section 36(b) of the Investment Company Act of 1940.
Prosecution of a claim seeking damages on behalf of a publicly traded corporation resulting from termination of a $68 million stock purchase agreement based on the purported occurrence of a material adverse effect.
Representation of corporation and corporate officers in defense of an action seeking to enjoin a proposed merger. The plaintiff alleged that the defendants had breached fiduciary duties to shareholders in connection with the negotiation of the merger agreement.
Defense of a manufacturer of a "nutraceutical" product in putative nationwide class action alleging claims for consumer fraud and breach of express and implied warranty.
Lead trial counsel in defense of a building developer against a multi-million dollar mechanics lien claim pending in Cook County, Illinois asserting delay and inefficiency damages. After a month-long trial, the court entered judgment in favor of the defendants on all counts.
Defense of a manufacturer of stainless steel chimneys against claims that the chimneys were defective in various ways, leading to product failures.
Prosecution of a claim on behalf of a college against an engineer, general contractor and subcontractors involved in the replacement of an HVAC system in one of the college's dormitories. The college alleged that the design and installation was deficient, resulting in mold and other damage to the building and its contents. Obtained a settlement in which the college received an amount equal to the cost to replace the defective HVAC system, along with all mold remediation and repair costs, all costs of housing the students elsewhere while the remediation and repair work was performed, and a substantial portion of its legal fees.
Defense of a manufacturer of building products against product liability, fraud and breach of contract claims totaling almost $30 million. The plaintiff, a national retail chain, alleged that a single-ply roofing membrane manufactured by the defendant was defective in various ways. The product was installed on over 150 stores in 40 states. After motions for summary judgment narrowed the case substantially in favor of the defense, the case settled for approximately one percent of the amount sought by the plaintiff, leading the client to comment that “this was one of those rare instances where a settlement was tantamount to a major victory.”
Representation of Board of Directors of a closed-end mutual fund in connection with their review and response to a shareholder derivative demand.
Conducted internal investigation into alleged market timing by founder of mutual fund complex.
Conducted internal investigation on behalf of global tier one automotive parts supplier into alleged improper sales practices in the United States, Europe and Asia.
Conducted internal investigation on behalf of board of directors into alleged financial manipulation by Chief Executive Officer of steel manufacturing company
Defense of a suit filed by the trustee of a now-dissolved law firm seeking to recover $8 million under a contingent fee agreement. Obtained summary judgment on all claims alleged by the trustee. Negotiated a settlement under which the client’s legal fees in defending the claim were paid by the trustee.
Obtained allowance of claims in excess of $30 million in probate court after successful appeal of the court’s previous denial of the claims.
Return to top of page