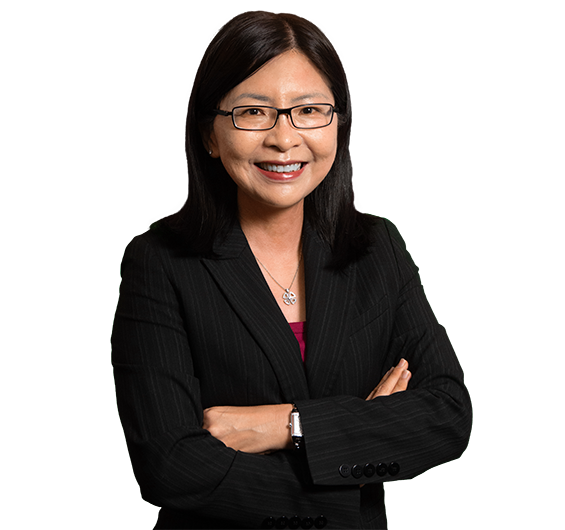 Advising an international oil company on its activities that are intended to form the basis for carbon capture, carbon credit extraction and carbon trading framework in Indonesia.
Advising an American MNC in connection with its proposed corporate power purchase agreement from a Vietnamese solar power plant project.
Advising a multinational technology corporation in connection with its proposed corporate power purchase agreement from a solar power plant to be built in Singapore by Sembcorp Solar Singapore.
Advising a multinational company in relation to its proposed DPPA arrangement in Vietnam.
Advising SPHP (Cambodia) Co., Ltd. (a joint venture company owned by ISDN Holdings (SGX:I07), eREX Co. Ltd. (TYO:9517) and Cambodian company, Asia Energy Power Co. Ltd) on the construction contract for a 80MW hydropower plant and a large-scale water storage capacity in Pursat Province, Cambodia.
Advising a technology solutions company on its project to build, operate and supply energy storage facilities and services in the Philippines. The facilities will store power generated by a solar power plant on site, and will be built using Chinese made equipment.
Acting for subsidiary of ISDN Holdings Limited (SGX:I07) on its engineering, procurement and construction contracts for mini hydropower plants in Indonesia with Chinese contractors, and financing from Sinosure.
Advised Cosmos Chemicals Bhd on the proposed US$1.6 billion development, construction and operation, and limited recourse financing of a polysilicon manufacturing plant in Samalaju Industrial Park, Sarawak, Malaysia.
Advising a US company on its distribution agreement for water treatment products.

Advising ANTAM (ASX:ATM; IDX:ANTM) on its USD 145 million engineering, procurement and construction contract with Sumitomo Corporation for the construction of a 2x30MW coal-fired power plant in connection with the modernization and optimization of a ferronickel smelter in Pomalaa, Sulawesi, Indonesia.
Advising on proposed corporate purchase of renewal energy in Singapore, including a proposed virtual solar power purchase agreement with a solar energy provider.
Advising an American MNC in connection with its proposed joint purchase with an US tech giant of environmental attributes from a Vietnamese solar power plant project.
Advised PT Merak Energi on its development of a 2x60MW coal fired captive power and steam plant in Merak, Indonesia.
Advising a major coal supplier on its dispute under its contract for supply of coal to a coal-fired power plant in Southeast Asia.
Advising Nippon Gas Co., Ltd (TYO: 8174) on its investments in Entrust Energy, a retail energy company delivering electricity and natural gas to homes and businesses in deregulated markets throughout the United States and into Australia.

Advising Chalco (SSE: 601600) on its prepayment arrangement for purchase of coking coal from Erdenes Tavan Tolgoi mines in Mongolia.
Advising PT ANTAM NiTERRA HALTIM on its development, construction, ownership and operation of a ferronickel blast furnace smelting project to be built at East Halmahera, Maluku, Indonesia, with the capacity of producing 80,000 metric tons of ferronickel per year.
Advising on PT Indonesia Chemical Alumina on its chemical grade alumina production facilities in Tayan, Kalimantan, Indonesia, including restructuring of the financing for the project and acquisition of intellectual property.
Advising on ANTAM (ASX:ATM; IDX:ANTM) on its investment in PT Nusantara Halmahera Minerals, a joint venture between ANTAM and Newcrest Mining (ASX:NCM) and operates the Gosowong gold mines in Indonesia.
Advising on ANTAM (ASX:ATM; IDX:ANTM) on its acquisition of 20% of shares held by Showa Denko K.K. (TYO: 4004) in PT Indonesia Chemical Alumina, which developed, owns and operates chemical grade alumina production facilities in Tayan, Kalimantan, Indonesia, and restructuring of the financing for the project and acquisition of intellectual property.
Advising ANTAM (ASX:ATM; IDX:ANTM) on the proposed USD 1.8 billion development, construction and operation of a 1.2 Mtpa alumina smelter in Mempawah, West Kalimantan, Indonesia.
Advising ANTAM (ASX:ATM; IDX:ANTM) on its USD 250 million engineering, procurement and construction contract for the construction by an unincorporated consortium of Wijaya Karya (WIKA) (IDX: WIKA) and Kawasaki Heavy Industries, Ltd. (TYO:7012), of a 13,500 metric tons per annum of nickel in high carbon ferronickel shots ferronickel smelter in East Halmahera, Maluku, Indonesia.
Advising on (i) the establishment of the investment into and (ii) the gold streaming agreement with Orinoco Gold (ASX:OGX) in relation to a gold concession in Brazil.
Advising a Singapore company as borrower and developer with respect to financing (to be secured with redeemable convertible bonds) and development of a ferronickel smelter in Indonesia capable of producing up to 50,000 tonnes of nickel hydroxide per year.
Advising on proposed USD 300 million sale of a nickel concession in Indonesia to Chinese buyers.
Advising a subsidiary of PT Merdeka Copper Gold Tbk (IDX: MDKA) on construction contracts for its Tujuh Bukit gold and copper mine in Java, Indonesia, which is partially funded from its USD 130 million project financing by a syndicate of banks comprised of HSBC (Singapore, Hong Kong, Jakarta), BNP Paribas (Singapore & Paris), and Société Générale (Hong Kong & Paris).
Advising on proposed sale of 40% and 60% interest respectively in two nickel concessions in Indonesia to Jinchuan Group and subsequent joint develop a nickel smelter with a major Chinese nickel producer.
Advising on agency agreement in relation to sale of ferronickel to European buyers.
Advising on proposed divestment of a majority stake in a gold mining concession in Zimbabwe.
Advising PT Feni Haltim, a subsidiary of ANTAM, (ASX:ATM; IDX:ANTM), on its proposed USD 1.6 billion development, construction and operation, and limited recourse financing of a ferronickel smelter and ancillary facilities, including coal-fired and diesel-fired power plants, in East Halmahera, Maluku, Indonesia.
Advising two state-owned coal mining companies on their proposed joint venture to invest in development of coal-to-chemical-plant in Southeast Asia and in coking coal mines in Eastern Europe.
Advising on financing of an Australian listed company's development of its coal mining project in Kalimantan, Indonesia.
Advising a major Indonesian coal producer on its ISDA agreement for non-U.S. transactions and Annex II to it, including advising on the Dodd-Frank Act and the relevant Commodity Futures Trading Commission swaps regulations relevant to non-U.S. swap transactions.

Advising an international financial institution on its ISDA Master Agreement put in place in connection with securitization of credit card debts.
Advising an international fintech solutions provider on sale of interest in a company providing card-linked mobile wallet solutions.
Advising a fintech company on its Software Licensing Agreement.
Advising proposed joint venture and research and development of agriculture robotic harvesting and genetic modifications using CRISPR technology.
Advising on investment and corporate restructuring of a company providing card-linked mobile wallet solutions.
Advising a Chinese listed courier company on its proposed joint venture in Southeast Asia.
Advising Silver Spring Networks, Inc. (NYSE:SSNI), a provider of smart grid products, on its Master Network-as-a-Service (NaaS) Reseller Agreement.
Advising a global wireless distribution and services corporation on the divestment of its stake in several joint venture companies in Malaysia.
Advising owner of an American technology company in relation to the company's Singapore and Indian subsidiaries.
Return to top of page