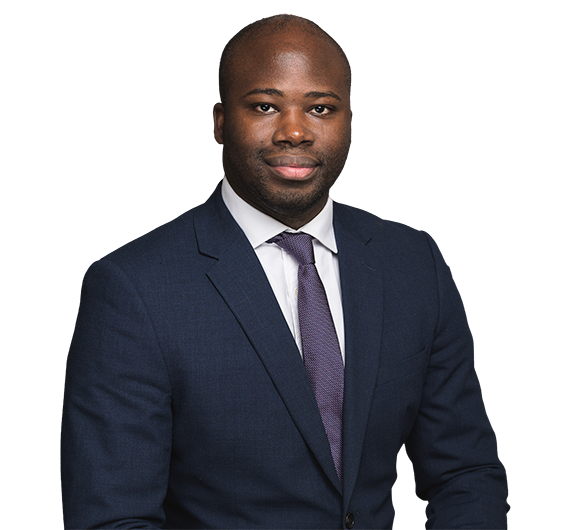 Advised a leading technology company on the preparation and negotiation of its virtual power purchase agreements in relation to the procurement of renewable energy for certain of its assets across multiple European jurisdictions.

Advised SyvashEnergoProm LLC, a subsidiary of Norwegian wind power developer NBT AS, and Total Eren SA, a leading renewable energy IPP based in Paris, on the development, construction and €160 million project financing of the first phase of a wind power generation facility and new substation for the 250 MW Syvash Wind Power Project in Kherson Oblast, southern Ukraine.
Advised SyvashEnergoProm LLC on the €107.6 million project financing of the second phase of a wind power generation facility and new substation for the 250 MW Syvash Wind Power Project in Kherson Oblast, southern Ukraine.
Advised a local authority in relation to its land arrangements with a leading renewable energy developer for the development of a c.49 MW battery energy storage project in the UK.
Advised the developer/equipment provider in relation to the construction and maintenance of a waste to energy project in the UK.
Advised Hanwha Energy Corporation in relation to the development, construction and maintenance of a portfolio consisting of 200 MW battery energy storage systems (one of the largest portfolios in Europe per MWh) located at Shannonbridge and Lumcloon, in Ireland.
Advised NBT AS on the engineering, procurement and construction contract with China Electric Power Equipment and Technology Co, Ltd. for the 45 MW first stage of a 795 MW Wind Power Project in Zaporizhia, Ukraine.
Advised a leading e-commerce company on the preparation and negotiation of its private wire solar power purchase agreements in relation to the procurement of solar energy for certain of its commercial sites across multiple European jurisdictions.
Advised a leading infrastructure debt fund in relation to a work capital facility to finance the day to day operations of an energy trading company.
Advised Calon Energy Limited on the financing arrangements for the acquisition and further development of a greenfield c.1,600MW CCGT power project in the UK.
Advised Macquarie Infrastructure and Real Assets on certain equity, financing/refinancing and commercial aspects regarding its acquisition and on-going operation of the Baglan Bay (525 MW), Sutton Bridge (819 MW) and Severn (720 MW) gas-fired power stations in the UK.
Advised China General Nuclear and China National Nuclear Corporation on the due diligence of the Hinkley Point C, Sizewell C and Bradwell B nuclear projects in respect of their joint venture with EDF.
Advised a consortium on its bid to design, construct, finance, own and operate the deep-sea port to be located on the Black Sea at Anaklia, Georgia, including on key provisions relating to the Build-Operate-Transfer (BOT) concession agreement with the Government of Georgia.
Advised a consortium consisting of a leading Chinese SOE on the proposed acquisition of an interest in and the early stage development of a water desalination plant in West Africa.
Advised the sponsors on the proposed conversion and project financing of a c.592MW coal-fired power plant to a biomass and natural gas-fired power plant in Belgium.
Advised the developer in relation to the development of a 100 MW hydro power plant in Guinea and the proposed sale of the development rights to a leading Chinese SOE.
Advised the sponsors (a leading East Africa focused renewable energy fund) on the project financing of a c.40 MW solar plant in Kenya.
Advised a renewable energy developer and a leading South Korean conglomerate on the development arrangements in relation to the development of utility scale solar pv projects in Europe and Asia.
Advised Abraaj Group on the acquisition of an African-focused project development firm, Neo Themis, including completing due diligence on their pipeline of renewable energy projects.
Advised an African conglomerate on the proposed acquisition of an alumina smelter plant and associated infrastructure (including an off-grid power plant) in West Africa.
Return to top of page