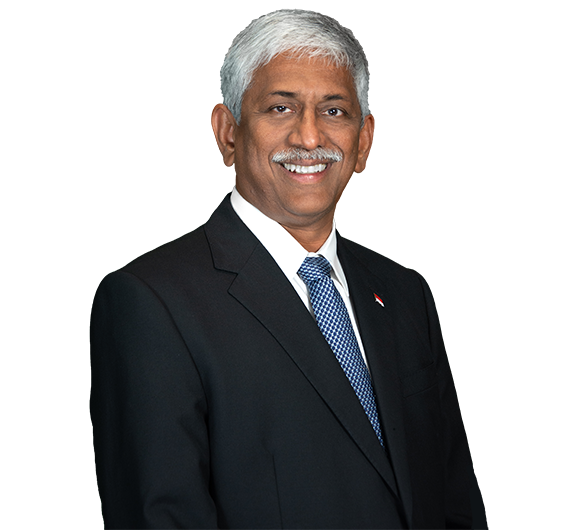 Acting for the judicial managers of Ocean Tankers, the chartering arm of oil trading group Hin Leong Pte Ltd in respect to the insolvency of Hin Leong, in particular, the recovery of sums transferred to directors, contested disclaimer applications and various other contentious restructuring and insolvency matters.
Advising a financial institution in relation to litigation proceedings in an elaborate fraud involving multiple individuals and entities across various jurisdictions that spanning over a decade.
Acted in the first case involving recognition in Singapore of Chapter 11 and Chapter 7 proceedings in the United States under the new transnational insolvency regime.
Acted in The Oriental Insurance Co Ltd v Reliance National Re Pte Ltd [2008] 3 SLR (R) 121 which was an appeal where conflicting House of Lords and Australian High Court decisions were considered in relation to a scheme of arrangement and the powers of the court.
Acted in Als Memasa & anor v UBS AG [2012] 4 SLR 992 where circumstances were argued where a claim against a bank could proceed despite various clauses in the bank-customer agreement in relation to causes of action involving misrepresentation
Acted in Dorsey James Michael v World Sport Group Pte Ltd [2014] 2 SLR 208 where the Court of Appeal circumscribed the extent of pre-action discovery and interrogatories in relation to a defamation claim.
Acted in Marynai Sadeli v Arjun Permanand Samtani & Anor and other appeals [2015] 1 SLR 496 which was the last the series of cases known as the Horizon Towers cases. The case involved complex issues of res judicata and abuse of process as well as equitable damages.
Acted in a complex shareholder dispute between investors and the founder of a chain of aesthetic medicine clinics, including application for a Mareva injunction.
Acting for an ultra high net worth individual against a very large bank in a private banking claim in excess of US$500 million. In addition to issues of breach of trust and fraud, there are complex issues of conflict of laws and forum non conveniens.
Represented a company in an appeal against the Competition and Consumer Commission of Singapore wherein the client was found to have engaged in anti-competitive agreements and/or concerted practices to not compete for one another's customers and to coordinate the quantum and timing of price movements in relation to the supply of fresh chicken products in Singapore.
Represented directors in a claim against them for breach of fiduciary duties and for which loss and damage between $18m to S$39m were being sought. Novel legal arguments were raised as regards issues of burden of proof, causation and remoteness of damage in cases where directors are found to be in breach of their fiduciary duties.
Advised court-appointed liquidators in a complex winding-up where various stakeholders had made allegations of wrongdoing against each other and the insolvent company’s assets spanned multiple jurisdictions.
Acted in several applications to the Singapore courts in aid of arbitration, including obtaining pre-arbitral injunctive reliefs.
Represented the former Prime Minister of Georgia and his family in a claim against Credit Suisse AG and Credit Suisse Trust Limited in relation to breach of trust and other claims. The defendants sought to stay on the basis of forum non conveniens.

Acted in an investment dispute between a Myanmar company and a Singapore-listed company in relation to the nature and effect of a change of control clause in a joint venture agreement. This was the first non-treaty international arbitration out of Myanmar and was successfully concluded. The subject matter involved was valued at US$560 million.
Advising a Korean oil & gas company in relation to a delayed delivery of propane under a term sales contract by the sellers and issues on payment due for one of the instalments of cargo. Arbitration in Singapore under SIAC Rules.
Representation of a parent entity and operating company in the South Asian renewable energy sector in international commercial arbitration under the SIAC Rules with respect to a shareholder dispute with an amount in dispute of up to US$20 million.
Acted for a hotel management company in a transnational dispute with the owners of the property. The ICC arbitration involved issues of conflict of laws and domestic public policy in the country of operation, in addition to the usual contractual interpretation issues.
Acted in an SIAC arbitration involving quality and quantity claims, demurrage claims and remoteness of damages in relation to a series of iron ore shipments from India to China.
Acting as arbitrator appointed by the SIAC in relation to a dispute. Arbitration in Singapore under SIAC Rules.

Acting in a case of alleged market manipulation case involving three main board listed counters which had, at peak, market capitalization in excess of SG$8 billion. The hearing spanned over 200 hearing days - the longest criminal trial in Singapore.
Acted for the deputy pastor of a mega church in a case involving criminal breach of trust and falsification of accounts. The matter ran for 140 days at trial and subsequently went before a specially constituted three-judge High Court bench and a specially constituted five-judge Court of Appeal bench, as it involved novel points of law.
Acted in Mustafa Ahunbay v PP [2015] 2 SLR 903 which was a criminal reference to the Court of Appeal relating to a point of law of public interest. The subject matter was procedure for the continued seizure of assets. The case involved a sum in excess of SG$30 million.

Acted in a landmark claim arising from the wrongful fertilisation of an egg with the sperm of a stranger during IVF. The case involved conflicting judicial precedents from England, Ireland, Australia, and the United States and has sparked off extensive academic writings on ‘wrongful birth’ and ‘wrongful conception’. The Singapore Court of Appeal developed the entirely new concept of the right of genetic affinity. The case is reported as Thomson Medical Pte Ltd & Ors v ACB [2017] SGCA 20.
Acted in Uwe Klima v Singapore Medical Council [2015] SGHC 97 where we successfully argued against the disciplinary finding of the Singapore Medical Council against a prominent cardio-thoracic surgeon.
Represented a patient in a medical negligence claim against a hepatobiliary surgeon and a medical institution. The causes of action included non-delegable duty of care owed by the medical institution, and the plaintiff also argued for the imposition of the Montgomery test. While the Court of Appeal did not consider the issue of non-delegable duty in its decision, a new 3-stage test for the determination of a duty to advise was imposed, the modified Montgomery test.
Return to top of page