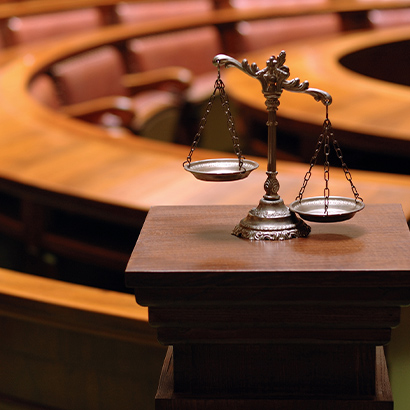 Reynolds Metals Co. v. Alcan Aluminum Corp. (W.D. Wash.). Obtained a $59.6 million jury verdict following a three-week trial in a suit alleging breach of UCC implied warranties of merchantability and fitness for particular purpose in connection with the sale of an aluminum alloy used in the manufacture of boats. Following the jury verdict, the court further awarded $16.1 million in pre¬judgment interest.
University Accounting Service, LLC v. Ethan Schulton and ScholarChip Card, LLC (D. Or.). Represented software developer who was developing software for the plaintiff in the student higher education loan servicing space.  The case involved claims of breach of contract, misappropriation of trade secrets, intentional interference with business relations and punitive damages. After a nine day trial in 2019, the jury returned a unanimous defense verdict on the allegations that our client had misappropriated the plaintiff's trade secrets or interfered with the plaintiff's business opportunities as a student loan servicing company.

Slatten, et al. v. Range Resources Corp., et al., No. CJ-2013-133, Judgment for Defendants (Ok. Dist. Ct., Caddo Cty. Jul. 10, 2019). Lead trial counsel for natural gas and natural gas liquid producer in a lawsuit involving the marketable condition rule in connection with the payment of production royalties. Plaintiffs were several royalty owners who opted out of an earlier settlement in a class action lawsuit. Plaintiffs alleged that the company violated the marketable condition rule when it paid royalties to them on gas produced from Oklahoma wells. The Plaintiffs claimed that the company‘s failure to place the gas in a marketable condition breached the oil and gas leases and that Range Resources committed fraud and other torts in allegedly underpaying royalties. The Plaintiffs sought to recover several million dollars in damages. After a 2019 trial that lasted more than two weeks, the jury returned a verdict for Range Resources, on all counts. This was the first defense verdict in a marketable condition case in Oklahoma in over twenty years, if ever.

NuWave Investment Corp. et al. v. Hyman Beck & Co. Inc. et al. (N.J. Super. Ct. App. Div). Acted as lead counsel in a defamation jury trial in which we represented the plaintiff NuWave Investment Corp., as well its individual principals, Troy Buckner and John Ryan. The matter was important because the purpose was to repair the plaintiffs’ reputation in an industry — the financial investment industry —in which reputation is of the utmost importance. In a prior jury trial for which we were also lead counsel, the jury found that the statements at issue were false and defamatory against the plaintiffs. In September 2016, a trial was held to determine damages resulting from the defamatory statements. The jury awarded a verdict to the plaintiffs that was the 45th-highest jury verdict in the United States in 2016. After the 2016 trial, we were successful in opposing the defendant’s post-trial motions for JNOV and remittitur, in 2017. The verdict was affirmed by the appeals court in August 2019, and affirmed by the New Jersey Supreme Court in November 2019.