Historically, Myanmar has not been known as a country with a focus on anti-corruption and anti-money laundering.  In 2015, the Frankfurt-based Transparency International ranked the country as one of the most corrupt places to do business, putting it in 147th place out of 168 countries in terms of the Corruption Perception Index. The situation was evidently so dire that global giant Coca-Cola took the drastic step of insisting that its delivery drivers carry anti-corruption cards proclaiming that they do not pay bribes to errant officials and that they must report any solicitation to their supervisors.

While doing business in Myanmar has significant hurdles, there are signs that the situation is improving. In 2006, Myanmar was removed from the International Financial Action Task Force’s (“FATF”) list of “Non Cooperative Countries and Territories” with its implementation of controls in accordance with the IMF’s Anti-Money Laundering/Combating and Financing of Terrorism guidelines (“AML/CFT”). More recently, in September 2015 the Central Bank of Myanmar published further AML/CFT guidelines for financial institutions, implementing some of FATF’s recommendations. Myanmar has also improved its anti-corruption policies.  Whilst private sector bribery is not criminalised, the government has taken steps to criminalise the corruption of public officials. In 2013, the Myanmar government passed the Anti-Corruption Law (“ACL”), which criminalised the offer to, and the receipt of, bribes by “persons in authority”.[1]  Under the ACL, persons in authority who have been found guilty may be fined and imprisoned for up to 15 years. This means that now, Myanmar has some of the toughest anti-corruption legislation in the region: by way of comparison, Singapore’s Prevention of Corruption Act (Chapter 241) provides for a maximum penalty per offence of 5 years imprisonment.[2] Further, in 2014, Myanmar’s Parliament established the Anti-Corruption Commission (“the Commission”). The Commission is empowered to investigate corruption under the ACL, prosecute offences and take other enforcement measures. Those who fails to comply with an order from the Commission may be imprisoned for up to 6 months and fined, and where they have concealed evidence from an investigator or made a false submission, or falsely accused a person of bribery in order to defame them, they may be punished by 5 years imprisonment and a fine. The results of these efforts are slowly being felt, with Myanmar moving in the right direction towards a less corrupt business environment.

However, With Myanmar’s transition to democracy under the National League for Democracy-led government under Aung San Suu Kyi, the drive to eradicate corruption is very much in focus. Within three days of assuming power, Suu Kyi in her capacity as Minister of President’s Office signed and issued the ‘President’s Office Guidelines on Accepting Gifts’ (“Guidelines”). Subject to limited exceptions, the 9 point Guidelines ban civil servants from accepting gifts from anyone that would seek to benefit from the civil servant’s position. Whilst the Guidelines do not prohibit civil servants from accepting gifts, in a clear break with the past, the value of each individual gift must not exceed 25,000 kyats (USD $20) and restrict the gifts received from an individual or organisation to not more than 100,000 kyat (USD$80) in a year.

The limited exceptions are:

Whilst the Guidelines represent an important break with the past, the exceptions still provide many loopholes that effectively undermine rigorous enforcement. Given the perception of the institutional nature of corruption in Myanmar, an outright ban may have proved a bridge too far; thus, an incremental approach of establishing new norms may well be a more effective approach. What is most welcoming is the new government’s determination to enforce the Guidelines, beginning with the public disclosure on 21 April of an unidentified media company that was notified of its violation of the Guidelines when it gave a gift of 5 million kyats (USD $4237) in cash to an assistant of an important official during the Buddhist new year ceremony. The government stated that the money would not be returned but instead used for social projects.

Institutional investors in Myanmar should carefully review the Guidelines when putting in place their own anti-corruption policies. Those entities which fall under the jurisdiction of the Foreign Corrupt Practices Act or the UK Bribery Act may still wish to consider adopting a zero-tolerance approach to gift giving in Myanmar.  Even though such gifts are still permissible under the Guidelines, they may well fall foul of the US or UK legislation.

It will be interesting to watch the development of the law in the anti-corruption space in Myanmar, in particular the judiciary’s interpretation of the Guidelines. And despite the ongoing development in anti-corruption law, foreign businesses operating in Myanmar must keep in mind that there are still significant risks associated with doing business in Myanmar.

[2] There are certain exceptions, in the case of a bribe paid for a government contract or to a member of Parliament, which raises the penalty to a maximum sentence to 7 years imprisonment. 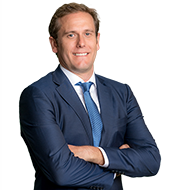