Hurricane Irma is on its way. It is expected to impact northern Puerto Rico Wednesday afternoon, and to make landfall somewhere in the southern continental United States later this week. It is already being called the most powerful recorded Atlantic hurricane, with top sustained wind speeds of 185 miles per hour. While Hurricane Harvey brought unprecedented rain and flooding, Irma is expected to bring unprecedented wind-borne destruction.

Now is the time to evaluate and understand the existing policies, including any excess-layer policies, to maximize an insurance recovery in the event your business makes a claim. Irma will give rise to a variety of individualized issues, which will vary depending on each insured’s particular circumstances. But here is a general overview of select issues you should consider.

The Company May Be Impacted by Different “Perils”; Does It Have Coverage?
While businesses may think of Hurricane Irma as a single event, insurance companies think of it in component parts or perils (rain, flood, wind, etc.), and your policy may cover some perils, but not others, even though they all result from the same storm. For example, under a commercial all-risk policy, flood damage is typically excluded. Windstorm coverage (coverage for hurricane and tornado damage) may be included in a commercial all-risk policy in some parts of the country, but is typically excluded in a coastal state like Florida, unless added as an endorsement. You should review each policy in effect to determine if it provides coverage and the different deductibles or sublimits that apply to the various perils.

The Company May Be Damaged in a Variety of Ways; Does It Have Coverage?
Insurance coverage can take many different forms because companies suffer losses from natural disasters in a variety of ways. The total damage your company suffers from Irma may be in forms other than simple property damage, and insurance companies exclude or include many types of damages on a policy-by-policy basis. Gather the declarations pages (the front page or two of a policy) for your company’s various insurance policies and any endorsements or riders (which amend the policies). Review the applicable exclusions, deductibles, coverage limits, and sub-limits in the context of your business, and determine whether it has the following coverages:

Business Interruption.
Business interruption coverage can compensate your company for lost revenue or earnings resulting from property damage caused by an insured peril. For example, let’s say Hurricane Irma hits Miami, damaging your company’s Latin American distribution center. Standard property insurance may cover the physical damage, but it will not cover any revenue lost from a temporary interruption in business. Business interruption coverage may compensate for such lost income, so long as damage to your insured property is the cause of the loss.

Extra Expense.
Extra expense coverage may apply to pay for your company’s costs beyond normal operating expenses when they are necessary to continue operations during a repair period. For example, if your distribution center is damaged and is unusable, extra expense coverage may apply to the cost of leasing temporary warehouse space, relocating inventory, and setting up communication systems.

Lack of Access to Insured Premises.
Ingress and egress coverage is similar to civil authority coverage and may provide coverage for economic losses sustained when access to your company’s premises is blocked by a covered peril.

Service Interruption.
Service interruption coverage applies to losses due to the lack of incoming utilities, such as water and electricity.

Claim Preparation.
Claim preparation coverage generally provides coverage for the costs associated with compiling and certifying a claim, which itself can be an expensive and time-consuming process.

Advance Payments.
Businesses often cannot afford a protracted adjustment period. Many policies expressly require that insurers pay losses as incurred while the full extent of the loss is still being adjusted.

Flood Insurance.
Many companies have flood insurance that provides coverage for damage directly caused by flooding. Flood coverage may be included in a private insurance policy or through the National Flood Insurance Program.

Do You Know the Requirements for Presenting a Claim?
Most policies identify specific procedures to be followed in presenting a claim, and some of these procedures may have timing deadlines associated with them. If your company does not comply with these procedures, the insurance company may attempt to deny the claims on that basis.

Understand how and when a claim should be presented under your company’s policies (for example, as a flood, service interruption, or civil authority claim). This can sometimes impact the ultimate recovery, particularly in the context of limits of liability and deductibles, which may be expressed to be “per occurrence” or “per loss.” It can be very difficult to focus on learning these requirements after you and your company are in crisis mode.

Where policies have specific exclusions applicable to certain perils or circumstances, it is important that your company takes these into account when presenting its claims. For example, if the wind tears a hole in the roof of your company’s facility and several inches of rain fill it, your claim may be denied if you characterize this as “flood damage” under a property insurance policy that excludes flood damage. Presenting the claim as a properly characterized one for wind-driven rain damage increases the likelihood of a quick and complete insurance recovery.

In all cases, have the policies and relevant records secured and accessible at a location or in a way that will not be impacted if Hurricane Irma strikes.

What Are Some Common Insurer Responses to a Large Claim?
Hurricane Irma has the potential to give rise to billions of dollars of insurance claims. Insurers may raise a number of potential limitations or restrictions on coverage for your company’s claims. Here are just a few common issues raised by insurers, particularly when faced with large claims:

The damage was not caused by an insured peril.
Hurricane damage is frequently the result of concurrent covered and noncovered perils. For example, a facility may be damaged by flood, wind, and rain. State laws vary and causation issues can be, and often are, nuanced and complex. Insurers will often deny a claim arguing that the primary cause of the damage was uncovered. The insurer may deny a claim as uncovered flood damage, denying that the damage was caused by a covered rain peril. Or the insurer may deny a claim arguing that the wind would not have created an opening in your warehouse’s roof allowing covered rain damage if it were not for an uncovered construction defect.

There was no covered business interruption.
Insurers will often take a very narrow view of what constitutes a business interruption, sometimes arguing that a complete cessation of operations is necessary to support a claim. The insurer may also dispute the necessity of the interruption. For example, the insurer may argue that at least some part of the interruption or reduction in your company’s business was the result of an unrelated business decision by the company, or the consequence of an economic downturn, and it was not caused solely by damage to insured property.

The claim is for losses beyond the allowed recovery period.
Policies sometime include provisions specifying that it only covers loss of income and related expenses for a specified period of time after an insured event occurs. If the policy does not define that period, it may be tied to the time it would take your company, employing reasonable mitigation efforts, to resume normal business operations under the circumstances. In view of the magnitude of some natural disasters and the number of businesses affected, the length of time it will take to repair property and resume normal business operations may be longer than had the claim been from an isolated event affecting a single facility.

Evaluating and Challenging Insurer Positions
The validity of any defenses or limitations to coverage raised by insurers may vary depending on the law governing the policy. Moreover, the applicability of defenses as to liability or valuation depends to a great extent on specific language used in the policy and the applicable law. Experienced insurance coverage counsel is often needed to assess the viability and strength of a policyholder’s claim, in dealing with the insurers’ loss adjusters, and in maximizing the policyholder’s potential insurance recovery.

It is essential that affected businesses review all relevant or potentially relevant insurance policies promptly, including excess-layer policies, and to comply with notification procedures. Affected businesses must also prepare and maintain detailed loss information. 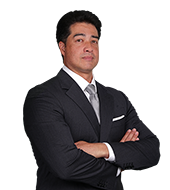