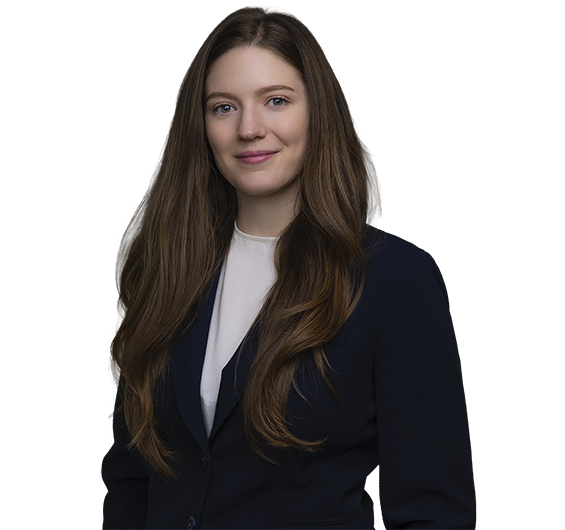 Jacqueline Lydic is an associate in the firm’s Pittsburgh office. She is a member of the Mergers and Acquisitions practice group.

Prior to joining the firm, Jacqueline served as a law clerk to the Honorable Robert E. Wier in the United States District Court for the Eastern District of Kentucky. In this role, she worked on several criminal trials involving kidnapping, drug trafficking, and health care fraud. She researched and drafted all jury instructions, produced in-depth memoranda on post-trial motions (particularly Rule 29 and 33), and crafted draft opinions on all pre-trial motions. Jacqueline also wrote opinions for several contract disputes, such as insurance policy interpretations in light of COVID-19, a corporate veil piercing controversy, and an employment contract dispute.

In addition, Jacqueline worked as a student attorney at Georgetown University Law Center’s Appellate Courts Immersion Clinic, where she collaborated on a complex immigration case in the Ninth Circuit requiring interpretation of immigration regulations and statutes as applied to removal proceedings. She also worked on a small team to draft a petition for certiorari to the Supreme Court of the United States in a hostile work environment case involving alleged racial discrimination. Jacqueline returned to K&L Gates following a summer associate position in the firm’s Pittsburgh office.