Keeping Up With the Times: SEC Proposes to Modernize Ability of Companies to Grant Equity Compensation

Corporate Alert
By: Ali U. Nardali

On 24 November  2020, the Securities and Exchange Commission (SEC) proposed rules that would significantly modernize and simplify the ability of companies to grant equity compensation to their workers under Rule 701 of the Securities Act of 1933 (Rule 701) and on the Form S-8 Registration Statement (Form S-8). The SEC noted that the proposed rules were appropriate “in light of the significant evolution in compensatory offerings” since the SEC last substantively amended the existing rules. This client alert summarizes the key aspects of these proposed rules.

The proposed rules summarized here were issued in tandem with a second set of proposed rules, issued by the SEC on the same date, that would meaningfully expand the ability of companies involved in the “gig economy” to grant equity compensation to their workers under Rule 701 and the Form S-8. Our client alert summarizing those proposed rules may be found here.

Rule 701(e) currently imposes certain disclosure requirements if the aggregate amount of equity compensation granted by a company during any consecutive 12-month period exceeds US$10 million. For companies that exceed this threshold, the required disclosure includes: (1) a copy of the summary plan description required by the Employee Retirement Income Security Act of 1974 (ERISA) or a summary of the plan’s material terms if it is not subject to ERISA; (2) risk disclosures; and (3) financial statements. Such financial statements must be as of a date no more than 180 days before the “sale” of equity compensation relying on Rule 701.1 Moreover, Rule 701(e) requires that the associated disclosures be delivered to all equity compensation recipients during the relevant 12-month period if the US$10 million threshold is surpassed—and not only for the equity compensation that exceeded the US$10 million threshold. For foreign private issuers (FPIs), Rule 701(e) requires that financial statements not prepared in accordance with generally accepted accounting principles in the United States (U.S. GAAP), or International Financial Reporting Standards as issued by the International Accounting Standards Board (IFRS), be reconciled to U.S. GAAP.

The proposed rules would:

Rule 701(d) currently provides that for a non-reporting company to be eligible to rely on Rule 701, total grants of equity compensation over a consecutive 12-month period generally may not exceed the greatest of the following three alternatives:

The proposed rules would:

Currently, Rule 701(c) provides that consultants and advisors may participate in Rule 701 offerings only if, among other requirements, they are natural persons. The proposed rules would expand consultant or advisor eligibility to an entity, subject to the following conditions:

Finally, Rule 701(c) currently limits the Rule 701 exemption to equity compensation grants to service providers of a company’s majority-owned subsidiaries. The proposed rules would expand the availability of the exemption to any company subsidiary.

The proposed rules clarify that companies may add additional plans to existing Forms S-8 under certain circumstances. For example, assume that a company with an effective Form S-8 covering a 2010 equity compensation plan adopts a new 2020 equity compensation plan; upon effectiveness of the new plan, no further awards could be granted under the old plan; and any shares covered by an award under the old plan are now duly authorized for issuance under the 2020 plan. In order to grant equity compensation under the new plan, the company may register the new plan shares on a new Form S-8. Alternatively, the company could file an automatically effective post-effective amendment to the previously filed Form S-8 to add the new plan. The SEC noted that from time-to-time companies may find that they need to add additional securities to the Form S-8 as well. Accordingly, the proposed rules would permit companies to add securities to an existing Form S-8 by filing an automatically effective post-effective amendment.

The proposed rules are subject to a 60-day public comment period following their publication in the Federal Register.

Clients are encouraged to contact our executive compensation lawyers to learn more about the proposed rules. 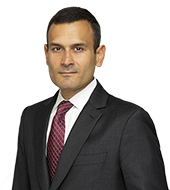