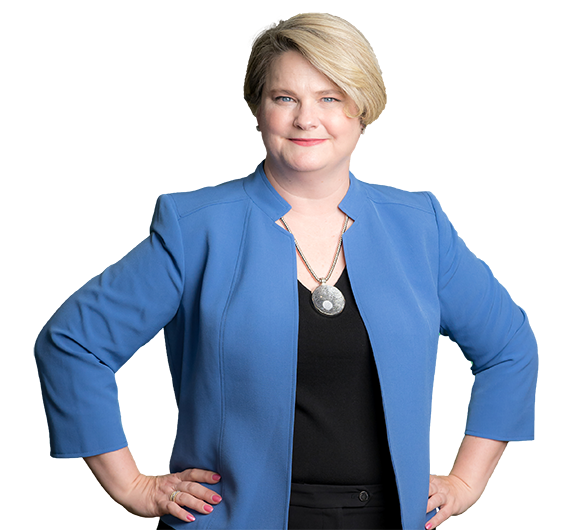 Margaret Rosenfeld has more than 20 years of corporate and securities law experience both within the United States and internationally. Her practice includes public company reporting, corporate governance, public and private financings, security token and digital asset offerings, blockchain technology matters, corporate investigations (internal and government), mergers and acquisitions, and intellectual property protection and licensing. Margaret is one of two female attorneys in North Carolina to be ranked within the category of Corporate/M&A law by Chambers USA: Americas Leading Business Lawyers, first being listed in 2013.

With respect to public company representation, Margaret has assisted public companies, underwriters and directors with initial public offerings and secondary financings on numerous stock exchanges in the United States and internationally, public reporting requirements both pre- and post-Sarbanes-Oxley, corporate governance issues and internal and external corporate investigations, including interaction with the Securities and Exchange Commission, the NYSE, and Nasdaq. She also has broad experience assisting emerging growth companies as well as mature companies with legal, business and strategic planning, from contractual assistance such as with licensing agreements, distribution agreements, franchise agreements, employment agreements and joint venture agreements to assistance with public and private debt and equity financing. She is particularly known for assisting companies facing transformative changes as they balance legal and business concerns.

Before joining K&L Gates, Margaret practiced with a full-service business firm in the Research Triangle region of North Carolina as well as with two global law firms in London, Frankfurt, and Tokyo.

Since December 2013, Ms. Rosenfeld has served in a voluntary capacity as the Honorary German Consul for Eastern North Carolina, a joint diplomatic appointment by the U.S. State Department and the Federal Republic of Germany, which involves representing the interests of German companies in North Carolina and North Carolina companies in Germany as well as assisting U.S. and German citizens in some legal and consular issues related to Germany.