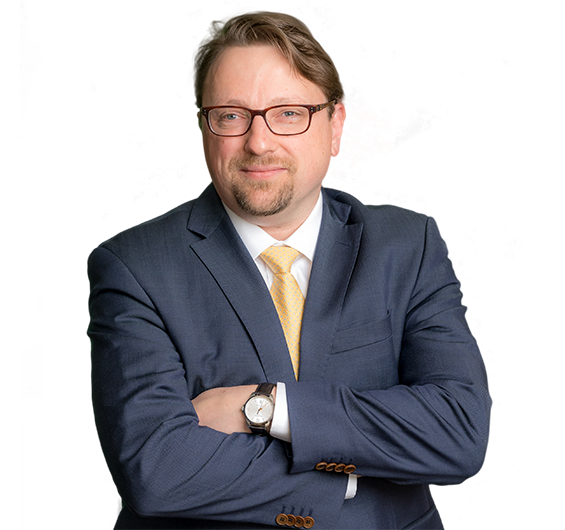 Martin Gusy is a dual-licensed common law-civil law attorney based in the New York office with more than 15 years of deep experience in representing commercial parties as well as sovereigns in high-stakes, cross-border disputes and transactions, including international dispute resolution, international commercial arbitration, investor-state/investment arbitration, litigation and corporate matters.

Martin has been recognized for his international experience and worked in a broad range of substantive areas and industries, including technology, manufacturing and engineering joint ventures, energy, oil and gas, mining, banking and finance, construction, distribution and franchising, insurance, IP protection and IP licensing. Benefitting from prior work experiences in Frankfurt, Singapore, Paris, Houston and São Paulo, advising clients from Europe, Asia, the Middle East/Africa, North and South America as well as Australia, Martin has counseled dozens of parties in international arbitrations under the ICC, ICSID, AAA/ICDR, LCIA, UNCITRAL, VIAC and SIAC International Arbitration Rules.

Martin's advocacy work is informed by his regularly serving as sole arbitrator, president of the tribunal and party-appointed arbitrator in about two dozen ICC, AAA/ICDR, UNCITRAL and ad hoc arbitrations. He is a member of the AAA/ICDR International Roster of Arbitrators and Mediators since 2010 and the co-author of the Second Edition of ‘A Guide to the ICDR International Arbitration Rules’, a leading industry text published by Oxford University Press. Martin also served as a mediator in an international commercial dispute involving a sovereign.

European companies with corporate interests in the United States turn to Martin for counsel to advise on distribution and corporate structures, IP licensing, commercial transactions and contracts, including the formation of joint ventures and mergers and acquisitions.

Prior to joining the firm, Martin was a partner in the New York office of a large U.S. law firm where he served as the chair of the international arbitration group.

In 2008, Martin co-founded a multilingual law firm headquartered in New York, where he led that firm’s litigation and arbitration practice. That firm was recognized by Corporate Intl magazine as the “International Arbitration Advisory Firm of the Year in the USA” in 2010.