2020 has been tough. But, this week it feels like something has shifted. Maybe you've noticed it too? People are happier, brighter, and hopeful. The heavy weight of 2020 on our collective shoulders feels lighter.

For those of you with skin in the energy game (which let's face it is anyone who doesn't want to be under water or living in a furnace by 2050), this jubilance comes following the NSW Government's release of its Electricity Infrastructure Roadmap (the Roadmap) on Monday.

The Roadmap sets out NSW's ambitious plan to deliver the major infrastructure needed to create a modern electricity system, with a projected AU$32 billion in private investment into the sector, a further 12GW in renewable energy capacity and 2GW of storage capacity by 2030.

The Roadmap reflects a coordinated and sophisticated approach to harnessing the abundant natural energy resources in NSW by driving significant investment into wind, solar, batteries and pumped hydro technologies. It also reflects a clear stance from the NSW government that they want to be a global leader not a laggard when it comes to clean energy.

The Roadmap is throwing out some serious 2020 energy, going as far as to say the NSW Government's plan is for NSW to be an 'energy superpower', and we are absolutely here for it. This sincere commitment to renewable energy is the beacon of hope we all need in 2020.

The Roadmap is based on five key pillars:

The benefits of this massive investment into the renewable energy sector are endless:

By implementing the Roadmap, NSW will be on the path to becoming one of the lowest cost, lowest carbon regions in the world, and this is something we can be proud of.

The benefits of the Roadmap also go beyond the energy industry. The NSW Government will also work to attract energy intensive industries, such as minerals processing, IT and data centres, agriculture, manufacturing or food processing to be co-located with the new energy infrastructure. Again, this means more jobs, more development and more innovation.

States and Territories Steam Ahead

On the heels of the United States' projected re-entry into the Paris Agreement, there has been much speculation as to whether the Morrison Government would make any changes to its energy policy. However, the Australian Prime Minister has so far stood firm, and has not indicated that there will be any changes to Australia's energy framework, nor committed Australia to a net-zero emissions target.

This leaves Australia alone on the playground while China, Japan, South Korea, the United Kingdom, the European Union and now likely the United States play nice under the banner of their net-zero emissions targets.

Our team has worked on some incredible renewables projects in NSW over the last couple years, including the Collector Wind Farm, Gunnedah Solar Farm and the Suntop Solar Farm just to name a few.

With 120 large-scale energy generation projects already in the pipeline for NSW, totalling more than AU$25 billion in potential investment, we are looking forward to working on some of the many exciting projects that will come out of this Roadmap. 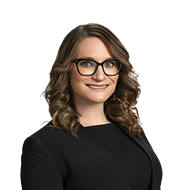