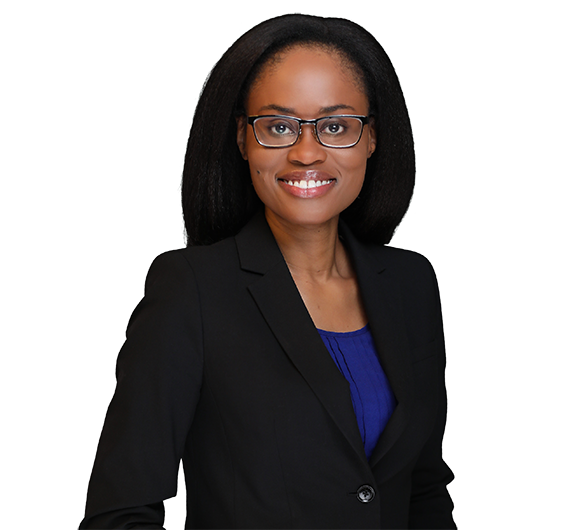 Nancy Iheanacho is an associate at the firm’s Washington, D.C. office. She is a member of the investigations, enforcement, and white collar practice group. Her practice focuses on the defense of individuals and corporations subject to government investigations, regulatory enforcement actions, and other litigation matters.

During law school, Nancy served as a student attorney in the William & Mary Appellate and Supreme Court Clinic. In that role she drafted and submitted amicus curiae briefs on behalf of the National Governor’s Association to the U.S. Supreme Court in South Dakota v. Wayfair, Inc. She also prepared briefs regarding an inmate’s constitutional right to privacy in medical information for which oral argument was granted in the Tenth Circuit Court of Appeals.

In addition, she worked as an intern in the Office of the Federal Public Defender for the Eastern District of Virginia. She also served as a judicial extern for the Honorable Teresa Chafin in the Court of Appeals of Virginia.

Before attending law school, Nancy worked in the education sector at D.C. Public Schools and later as an education consultant with Bellwether Education Partners.

Nancy was a summer associate at K&L Gates in 2017.