On 1 December 2020, The Nasdaq Stock Market (Nasdaq) filed a proposal with the Securities and Exchange Commission (SEC) to adopt listing rules related to director diversity and disclosure. The proposed rules would not mandate the election of any “diverse” directors, but instead would reflect a “comply or explain” approach: listed companies generally would be required to either have two diverse directors or explain why they do not. In addition, listed companies would be required to annually disclose statistical information on the diversity of their boards of directors.

Companies already listed on Nasdaq would be required to comply with the new requirements by:

Each company newly listing on Nasdaq would be required to comply with all of the new requirements by the later of (a) the phase-in periods described above and (b) one year after the date of listing.

Proposed Rule 5605(f) would require each Nasdaq-listed company (except as described under “Exemptions” below) to either:

Proposed Rule 5606 would require each Nasdaq-listed company (except as described under “Exemptions” below) to provide, in a proposed uniform format referred to as a Board Diversity Matrix, statistical information with respect to directors’ self-identified gender, race, and LGBTQ+ status. The information would be required to be provided for the current year and, except in the first year of disclosure, the immediately prior year.

If the SEC approves the proposed rule for diverse board representation, any Nasdaq-listed company failing to timely satisfy the “comply or explain” requirements would be notified by Nasdaq that the company needs to address the deficiency by the later of its next annual shareholder meeting and 180 days from an event that caused the deficiency. The company could cure the deficiency by either electing any additional diverse director required to comply or providing an explanation for not having the diverse board representation. A continuing failure to “comply or explain” would subject the company to delisting.

Nasdaq proposes to exempt the following types of companies from the requirements of the proposed rules:

Nasdaq has announced it is working to provide resources to help listed companies understand the new board diversity and disclosure requirements. 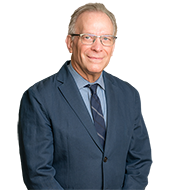 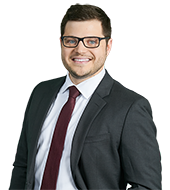