Oregon Employment Legislation to Keep an Eye on This Year

As the Oregon 2021 legislative session gets underway, there are several bills that, if passed, would have a significant impact on the employment landscape: lowering burden of proof requirements for employees bringing claims of discrimination, creating new avenues for employees to bring claims, and making it more difficult for employers to both enforce noncompetition agreements and properly classify others as independent contractors.

Senate Bill (SB) 477 would drastically lower the bar for employees bringing claims against employers for discrimination based on a protected class (e.g., race, color, religion - Oregon Revised Statute (ORS) 659A.030) or disability (ORS 659A.112). Under the current bill, a plaintiff would not need to prove (1) the conduct complained of was severe or pervasive so as to alter the terms and conditions of employment, (2) the employee was treated less favorably than other employees similarly situated, and (3) the employee followed internal company policies to report or complain about the violating conduct. If passed, employers will face a steeper hill defending against discrimination claims.

Presumption of Retaliation for Health and Safety Violation Whistleblowers

ORS 654.062 provides that every employee should notify their employer or the Department of Consumer and Business Services of any violation of workplace health and safety regulations, and it is unlawful to discriminate against an employee or prospective employee for making such complaints. SB 483 expands the protections for whistleblowers by creating a rebuttable presumption of retaliation where an employee is terminated or otherwise suffers an adverse employment action within 60 days of such a complaint.

House Bill (HB) 2489 aims to standardize the test by which Oregon agencies determine whether an individual is an independent contractor or an employee. First, the bill directs an agency to look at whether an individual meets the existing “independent contractor” criteria set out in ORS 670.600. If those criteria are met, the agency must weigh six additional factors: (1) the entity’s degree of control over the worker, (2) the extent of the worker’s investment in the entity, (3) the degree to which worker’s opportunity for profit or loss are controlled by the entity, (4) the skill and initiative required of the worker, (5) the permanence of the relationship, and (6) whether the worker performs work outside the relationship. An agency must find an employment relationship exists if, on balance, consideration of the six factors demonstrates that the individual is economically dependent on the entity for whom the individual is performing services. While the “economic realities” test is familiar for some agencies in Oregon, this bill adds a rebuttable presumption that an individual engaged to perform services or labor in exchange for remuneration is an employee, not an independent contractor, whenever there is a question of fact regarding the proper classification of the individual.

There are several bills before the Oregon Legislature seeking to modify Oregon’s noncompetition statute (ORS 653.295). HB 2325 would change the current language of the statute treating noncompetition agreements as voidable and possibly unenforceable to “void and unenforceable,” unless: (1) the employer provides the written noncompetition agreement at least two weeks in advance of an employee’s first day or the agreement is signed upon the employee’s bona fide advancement; (2) the employee must be a salaried administrator, manager, or professional who exercises independent judgment; (3) the employer must have a protectable interest (e.g., trade or competitive secrets); (4) the employer provides a signed, written copy of the agreement to the employee within 30 days of termination; and (5) the employee’s gross annual salary, including commissions, at termination exceeds US$100,533. The bill would also reduce the allowable restricted period from 18 months to 12 months, post-separation. A related Senate bill—SB 169—generally follows HB 2325, with the exception of a lower yearly minimum salary of US$97,311 at the time of an employee’s termination. SB 13 would take an even broader approach, making noncompetition agreements void and unenforceable unless limited to the protection of trade secrets, covenants not to contact former customers or clients, or the protection of proprietary information. These bills are a continuation of the legislature’s efforts over recent years to chip away at Oregon’s noncompetition statute.

For years, California has allowed individuals to bring a public enforcement action on behalf of the state. California’s Private Attorney General Act (PAGA), in essence, deputizes individuals, allowing them to step into the shoes of the state to recover civil penalties and receive part of the amount recovered as compensation. Last year, the Oregon Legislature introduced a similar bill, but they ran out of time to enact it. The Oregon Legislature is again seeking to introduce this California-style law during this session. Oregon’s proposed PAGA statute (HB 2205) would allow individuals and certain organizations to bring a public enforcement action for alleged violations on behalf of the state and recover civil penalties. Notably, the statute could allow, inter alia, for the recovery of US$250 as a civil penalty for each aggrieved person per two-week period in which a violation occurs. This could prove costly to employers deemed to have ongoing violations because each two-week period could lead to the assessment of a new civil penalty for each aggrieved employee. HB 2205 would allow individuals and organizations to bring suit and receive up to 40 percent of the penalties recovered, including attorney fees, as compensation. The bill also provides for a right of action for whistleblowers based on retaliation for bringing or cooperating with a suit, including both compensatory and punitive damages.

Although it is not surprising that the Oregon Legislature would seek to amend Oregon’s Family Leave Act (OFLA) amid the ongoing COVID-19 pandemic, what is surprising is the possible significant changes to the definitions of “covered employer” and “employee.” OFLA allows eligible employees to take up to 12 weeks of protected leave to care for a newborn infant or treat a serious health condition, among other qualifying reasons. Under the current statute, a covered employer required to provide such extended leave is defined as an employer with 25 or more employees. HB 2474 would lower the threshold to one or more employees. The bill would also remove the requirement that an employee work an average of at least 20 hours per week to be eligible for OFLA leave. In addition, while the current OFLA eligibility provisions require employees to work for 180 days before taking leave, eligibility under the new bill requires only 30 days of employment in advance of OFLA leave, and terminated employees re-employed within 180 days of separation are immediately eligible under the new bill. Under this legislation, essentially every employer and every employee could be covered under the proposed revision. HB 2474 would also allow eligible employees to take OFLA leave to care for a child required to be home because of school or childcare closures during public health emergencies.

If passed, these bills will have drastic impacts on the employer/employee landscape in Oregon. If nothing else, the bills shed light on the current line of thinking in the Oregon Legislature, which could set the ground for future legislative battles in the employment context. We will continue to monitor these bills and provide further u 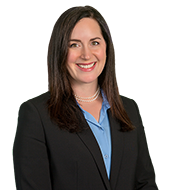