SB 343: Is Recycling Liability On The Way?

California’s new recyclability law could create liability associated with labeling and packaging issues. On 9 September 2021, the California Legislature overwhelmingly passed “The Truth in Labeling for Recyclable Materials” bill (SB 343), which prohibits the use of the “chasing arrows” symbol (or any other indication of recyclability) on products or packaging that are not deemed “recyclable” under criteria to be established by the California Department of Resources Recycling and Recovery (CalRecycle).1 Governor Gavin Newsom signed the bill into law on 6 October 2021.

SB 343 addresses a longstanding concern that non-recyclable products are often confused for recyclable products due to ambiguous packaging labels. As a result, consumers commingle recyclable and non-recyclable products, which, according to SB 343’s sponsor Senator Bob Allen, “contaminate[s] the recycling stream and make[s] it more costly to sort and clean the truly recyclable material.”2 SB 343 aims to remedy this confusion by ensuring “claims related to the recyclability of a product or packaging be truthful” because “consumers deserve accurate and useful information related to how to properly handle the end of life of a product or packaging.”3

But what exactly do consumers need to make recycling-friendly purchase and disposal decisions? The law gives CalRecycle until 1 January 2024, to develop a list of commonly recovered materials at recycling facilities in the state.4 Based on that information, the law provides that a product may only be labeled “recyclable” if (1) that product is collected in one of the curbside programs that cover at least 60% of the state’s population, (2) can be sorted into defined streams, and (3) can be reclaimed at appropriate facilities.5 Products collected by non-curbside programs can also be “recyclable,” but only if the program “recovers at least 60% of the product or packaging in the program” and the material can be sorted and aggregated in defined streams.6 Manufacturers would then have 18 months after the list’s release (and after each subsequent update to the list) to ensure that their products are in compliance.7 This means consumers could start seeing changes on products by 2025.

California wants to eliminate confusion created by a historical dissonance between industry standards and state regulations. The well-known “chasing arrows” symbol (a triangle formed by three clockwise arrows) has long been associated with recycling and has its basis in Resin Identification Codes (RIC) developed originally to identify the specific types of plastic resin used in manufactured products. These RICs originally consisted of a specific number, or code, surrounded by a “chasing arrows” triangle. After the Society of the Plastics Industry (SPI) standardized these RICs, dozens of states enacted legislation incorporating the RIC logo, although its meaning varied from state to state. California, for example, required that “rigid plastic bottles and rigid plastic containers” must be labeled with a RIC that “shall consist of a number placed inside a triangle,” which had to be “equilateral” and “formed by three arrows.”8

SPI revised the RIC standard in 2013, substituting the “chasing arrows” triangle requirement with a solid equilateral triangle encompassing the resin number. But the traditional RIC logo remained in state statutes and regulations,9 many of which still require the original “chasing arrows” standard. California, for instance, did not change its regulation to being only “a number placed inside a triangle” until last year.10

Potential Impacts of the Law

SB 343 is supported by stakeholders who must physically manage California’s bulging and heterogeneous waste stream, including over 70 waste haulers, recyclers, environmental groups, and governmental organizations.

Consumers and retailers, however, have had difficulty evaluating the meaning of the traditional RIC logo where state regulations have either diverged from or not kept up with industry standards. By further distancing the RIC logo from its historical roots, trade groups have argued that the law “create[s] more labeling complexity and increas[es] confusion for consumers.”11 Such confusion could have unintended consequences and result in a larger amount of plastic in landfills. According to SB 343’s Senate Floor Analyses, “[b]ased on current trends, the only plastics that would likely be allowed to be labeled with a chasing arrows symbol under the considerations of this [law] would be PET #1 and HDPE #2 plastic bottles and jugs.”12 Hundreds of companies, particularly those with products using resins #3-7, will likely have to make changes to their labeling processes.13

In addition to regulatory compliance issues, SB 343’s labeling requirements may also spur a new market for litigation akin to the wave of private enforcers suing businesses under California’s Proposition 65 (Prop. 65).14 Prop. 65 allows private California citizens to sue companies directly (in lieu of enforcement action by the California Attorney General’s office) for failing to label products that purportedly expose consumers to chemicals known to the State of California to cause cancer or reproductive harm. However, unlike Prop. 65, SB 343 does not include a private right of action. As such, private plaintiffs could not sue companies directly for violations of SB 343.

Notwithstanding the lack of a private right of action, companies could still be subjected to labeling lawsuits arising under other California consumer protection laws. For example, failure to comply with SB 343 could trigger lawsuits arising from California’s False Advertising Law (FAL) (Business & Professions Code § 17500), the California Consumers Legal Remedies Act (CLRA) (Civil Code §§ 1750, et seq.), and California’s Unfair Competition Laws (UCL) (Business & Professions Code §§ 17200, et seq.). Collectively, the FAL, CLRA, and UCL prohibit false or deceptive advertising concerning the nature of a product or service (i.e., prohibiting a company from falsely labeling a product “Made in the USA” or “All Natural” if manufactured outside the United States or made with synthetic ingredients, respectively). The CLRA prohibits unfair competition including unfair or deceptive advertising directed to consumers. It expressly prohibits misrepresenting the certification of goods or representing that a product has approval that it does not have. Under the UCL, a violation of SB 343 could constitute actionable conduct under the “unlawful” prong of the statute, which prohibits any business practice that violates a statute, regulation, or rule.

In addition to litigation risk from alleged statutory violations, manufacturers and retailers may also face common law claims for breach of warranty should a product label misrepresent (intentionally or not) that the product is recyclable when it is not. The key to any of these claims is whether a product’s label, as a whole, misleads a reasonable consumer to believe that a product is recyclable when, in fact, it is not. Thus, if a failure to comply with SB 343 misleads a reasonable consumer to believe that a product is recyclable, that could be a factor in analyzing whether the overall labeling was misleading or false under the FAL or CLRA. Given that recyclability is increasingly desired by consumers, companies should consider the risk of civil actions (including class actions) brought either by consumers or competitors if their products fail to satisfy SB 343 or are otherwise misleading with respect to recyclability.

Part of a Trend:

SB 343 was one of several recyclability and waste bills considered by the California Assembly in this past legislative session. Others included AB 1201, which addresses the labeling of products as “compostable,” “biodegradable,” or similar; SB 881, which reclassifies mixed plastics exported from the United States as “disposal” rather than “recycling”; SB 619, which directs CalRecycle to adopt regulations to meet organic waste reduction targets in landfills; and AB 962, which authorizes CalRecycle to establish a beverage container recycling program and certify processors. Similar legislation is also pending in other states: the New York Assembly, for example, is considering AB A7668/S7375, which would ban products with misleading recycling labels. And Oregon passed SB 582, which, in addition to requiring manufacturers to foot the bill for packaging recycling, established a 15-member “Truth in Labelling Task Force” to “study and evaluate misleading or confusing claims regarding the recyclability of products made on a product or product packaging.”15

These developments follow on the heels of AB 793, a California law passed last year requiring all bottled beverage manufacturers use at least 15% postconsumer resin (PCR) in their plastic containers beginning January 2022. A recent report from CalRecycle shows that only seven of the state’s 69 bottlers have met this threshold. More regulatory scrutiny across the consumer products industry is expected as manufacturers struggle to transition their supply chains to comply with states’ recyclability standards in the coming years.

8 Specifically, the triangle had to be “formed by three arrows with the apex of each point of the triangle at the midpoint of each arrow, rounded with a short radius. The pointer (arrowhead) of each arrow shall be at the midpoint of each side of the triangle with a short gap separating the pointer from the base of the adjacent arrow. The triangle, formed by the three arrows curved at their midpoints shall depict a clockwise path around the code number.” See Cal. Pub. Res. Code § 18015 (1989).

9 “It is possible that some states or countries will have incorporated the original SPI practice into state or regulation. In those situations, that statute or regulation takes precedence over this standard.”

12 The law includes carve-outs for exemptions, including consumer goods that are required to display a chasing arrow symbol under the California Beverage Container Recycling and Litter Reduction Act and the Electronic Waste Recycling Act of 2003. See SB 343, Proposed Bus. & Prof. Code § 17580(e), (g).

14 Prop. 65 is officially known as the Safe Drinking Water and Toxic Enforcement Act of 1986, enacted by ballot initiative in 1986. 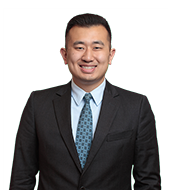 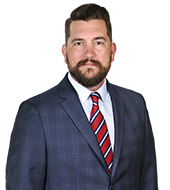