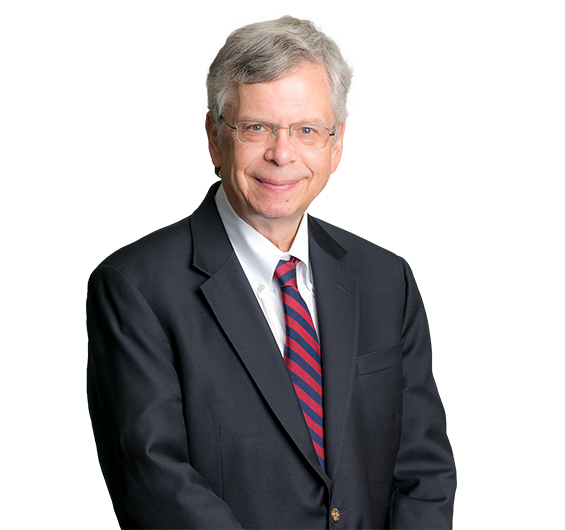 Rick Valentine represents a wide variety of clients in a broad range of legislative, regulatory, administrative, litigation, and government enforcement matters before the federal government. His clients include major corporations, trade associations, and business coalitions. He has also represented a number of prominent individuals, including a federal judge in her personal capacity and the prime minister of a foreign government.

Rick’s practice draws upon more than seventeen years of federal government service. He served in the Reagan and George H. W. Bush Administrations as Deputy Assistant Attorney General, Civil Division, U.S. Department of Justice. During his tenure as Deputy Assistant Attorney General, he was in charge of a major component of the Justice Department’s largest litigating division. He also served as co-counsel on briefs for the U.S. Supreme Court, and presented oral arguments before U.S. Courts of Appeals and U.S. District Courts across the country. In addition, Rick testified on behalf of the Justice Department before committees of both the U.S. Senate and the U.S. House of Representatives and was a member of the Department’s Senate confirmation team for President Reagan’s nomination of Anthony M. Kennedy to be an Associate Justice of the U.S. Supreme Court. At the end of his tenure as Deputy Assistant Attorney General, Rick received the Attorney General’s Special Commendation Award.

During his more than ten years of service with the U.S. Senate, Rick was the Chief of Staff to Senator John P. East of North Carolina, the Legislative Director and General Counsel to Senator Robert C. Smith of New Hampshire, Counsel to the Committee on the Judiciary, and the Chief Counsel and Staff Director of its Subcommittees on Courts and Separation of Powers.  Early in his career, he also served as a staff assistant to the Senate Committee on Commerce.  Rick was a John C. Stennis Congressional Staff Fellow for the 104th Congress.

Since joining the firm, Rick has accepted a number of short-term and part-time public service assignments. He was a member of President-Elect George W. Bush's transition team at the U.S. Justice Department. Rick assisted in the Senate confirmation effort for President Bush's nomination of John G. Roberts, Jr., to be the Chief Justice of the United States. He was a member of the Presidential Rank Awards Review Board in 2006. He is the former Chairman of the Board of Visitors of the Indiana University Robert H. McKinney School of Law. Rick currently serves as Senior Fellow at the John C. Stennis Center for Public Service and as a member of the Board of Trustees of the Edward Richards-Orpen Memorial Trust in Ireland.