For years, insurers have argued that the Supreme Court’s decision in Provident American Insurance Co. v. Castañeda, [2] limited a policyholder’s remedies under the Texas Insurance Code to claims in which a statutory violation caused separate, independent damages and otherwise overturned the policyholder-friendly decision by the court in Vail v. Texas Farm Bureau Mutual Insurance Co. [3]  In Menchaca, however, the court has revitalized Vail in a manner likely to favor policyholders in pre-suit negotiations and in subsequent coverage litigation.

In its 1988 opinion in Vail, the Texas Supreme Court confirmed that a policyholder may recover actual damages for breach of the insurance policy as well as treble damages under the Texas Insurance Code.  In Vail, the policyholder purchased a fire insurance policy from Texas Farm.  When their house burned down, “[t]he agent for Texas Farm informed the Vails that the company would not ‘willingly’ pay the claim, allegedly because the Vails had not provided an adequate list of the contents destroyed in the fire.” [4]  “The adequacy of the contents list had no bearing, however, on Texas Farm's duty to pay under the policy on the home itself.” The policyholder sued and recovered the benefits of the policy and treble damages under the Texas Insurance Code.  On appeal, Texas Farm argued that the policyholder should be limited to their actual damages under the policy unless the insurer’s denial — regardless of how wrongful it may have been — generated additional damages.  The Texas Supreme Court rejected that approach:  “It would be incongruous to bar an insured who has paid premiums and is entitled to protection under the policy from recovering damages when the insurer wrongfully refuses to pay a valid claim.  Such a result would be in contravention of the remedial purposes of the DTPA and the Insurance Code.” [5]

Ten years later, however, the Texas Supreme Court in Castañeda overturned a jury verdict for the policyholder because it was not supported by legally sufficient evidence.  In Castañeda, the insurer denied claims under a health insurance policy based on two exclusions, with the pertinent exclusion being that the policy did not cover expenses resulting from a sickness that manifested within 30 days of the policy’s effective date. [6]  The policyholder brought claims under the Texas Insurance Code and Deceptive Trade Practices Act, but not for breach of contract.  The court rejected the verdict in her favor, reasoning that “[t]he undisputed evidence showed that Denise Castañeda and her brother had exhibited symptoms even before their father applied for the policy.” [7]  Given those facts, the court found that there was no deprivation of policy benefits, there was no unconscionable conduct, and there were no damages caused (other than the denial of benefits, which the court had implicitly rejected). [8]  The court also noted, “Provident American contends and we agree that its conduct in handling the claim did not cause any injury independent of the denial of policy benefits,” and insurers have seized on this language in attempting to limit the remedies available under the Texas Insurance Code and the impact of Vail. [9]

Through its holding in Menchaca, however, the Texas Supreme Court has now established that the Texas Insurance Code is not to be read so narrowly as to only provide redress when an insurer’s actions cause damages above and beyond the amount of the policy benefits and clarified the ongoing viability of claims under the common law tort of bad faith.

Specifically, the court clarified in Menchaca “five rules that address the relationship between contract claims under an insurance policy and tort claims under the Insurance Code”:

With these rules, Menchaca rejects the notion that Castañeda had overturned Vail and also rejects the notion that the Texas Insurance Code applies only to redress injuries that differ from the failure to pay policy proceeds.  Menchaca also makes clear that policy benefits can be recovered as damages for statutory violations, and those damages can be trebled under the Texas Insurance Code.  Confirming a policyholder’s right to recover not only the value of the policy but also treble damages in appropriate circumstances under the Texas Insurance Code, Menchaca will aid policyholders seeking to recoup damages resulting from a bad-faith denial of coverage and should discourage insurers from taking aggressive coverage positions against Texas policyholders. 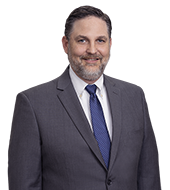