On October 12, 2018, Assistant Attorney General Brian A. Benczkowski announced the publication of a new U.S. Department of Justice (“DOJ”) memorandum regarding the selection of corporate monitors in Criminal Division matters (the “Benczkowski Memorandum”). [1] The Benczkowski Memorandum provides new and important insights into the selection of monitors and the scope of their work; therefore, it is worth a closer look. The Benczkowski Memorandum acknowledges that, though monitors may be a helpful resource and effective means of reducing the risk of ongoing misconduct or compliance lapses, a monitor is likely unnecessary where a corporation’s compliance program and controls are demonstrated to be effective and appropriately resourced at the time of corporate criminal resolution. [2] The Benczkowski Memorandum concludes that generally the Criminal Division should only favor the imposition of a monitor as a condition of a deferred prosecution agreement (“DPA”), non-prosecution agreement (“NPA”), or plea agreement where there is a demonstrated need for, and clear benefit to be derived from, a monitorship relative to the projected costs and burdens to the company. [3] Such new elements for consideration (demonstrated need and clear benefit) indicate the Benczkowski Memorandum’s advocacy for a more measured application of compliance monitors than prior DOJ guidance.

The Benczkowski Memorandum stems from Deputy Attorney General Rod J. Rosenstein’s 2017 directive to DOJ to review significant corporate enforcement policies, including policies and procedures governing monitor imposition and selection. Supplementing a 2008 memorandum issued by then-Acting Deputy Attorney General Craig S. Morford (the “Morford Memorandum”) that originally governed the selection and use of monitors in DPAs and NPAs, [4] the Benczkowski Memorandum clarifies and further enumerates principles for determining whether a monitor is needed in individual cases. [5]

The Benczkowski Memorandum also extends the Morford Memorandum’s prohibition against imposing monitors for punitive purposes to plea agreements. [8] During his speech announcing the memorandum, Assistant Attorney General Benczkowski echoed the sentiment that monitorship requirements should not be punitive, stating, “When the Criminal Division decides to impose a monitor, I believe we have an obligation to ensure that we have done so for the right reasons.” [9]

Expanded Principles
The Morford Memorandum set forth two broad considerations to guide prosecutors when assessing the need for and propriety of a monitor:

However, the Morford Memorandum was notably silent on which specific factors to consider in assessing these two considerations to determine the need for a monitor requirement in DPAs or NPAs. The Benczkowski Memorandum fills at least a portion of this void by enumerating a number of factors to consider when analyzing the potential benefits and costs of an imposed monitorship in a DPA, NPA, or plea agreement.

B. Costs
The Benczkowski Memorandum also elaborates on the second factor—the costs of imposing a monitorship on a company—noting that Criminal Division attorneys should consider not only the projected monetary costs to the business organization, but also whether the proposed scope of a monitor’s role is appropriately tailored to avoid unnecessary burdens on the business’s operations. [12]

Notably, the Benczkowski Memorandum now allows companies to designate their first choice candidate to serve as the monitor. [16]

Monitorship Scope
In announcing the release of the Benczkowski Memorandum, Assistant Attorney General Benczkowski expressed that he viewed DOJ like a “referee” between a monitor and company when a company that is subject to a monitor encounters problems. [17] Consistent with DOJ’s position that monitorships should not be imposed for punitive reasons, Assistant Attorney General Benczkowski encouraged companies to “raise [their] hand[s]” with any “legitimate concerns regarding the authorized scope of the monitorship, cost or team size.” [18] This sentiment echoes the Benczkowski Memorandum’s guidance to prosecutors to consider whether the proposed scope of a monitor’s role is appropriately tailored to avoid unnecessary burdens to the business’s operations. Such support from DOJ may help ease the damage caused by a runaway monitor, but it remains to be seen how this guidance will be applied to company complaints in practice.

Considerations for Companies
Like all DOJ internal guidance documents, the Benczkowski Memorandum does not create any substantive or procedural rights, privileges, or benefits enforceable against the government. However, the guidance provides insight into the government’s considerations going forward in determining whether to impose an independent monitor as part of the resolution process.

Corporate monitorships can be especially costly, draining corporate resources, preventing a company from devoting time to its primary mission, and causing tension when an independent compliance monitor recommends impracticable or infeasible measures. For this reason, companies attempting to resolve charges with DOJ frequently push for self-reporting requirements, rather than a corporate monitor, due to the less disruptive obligations and more predictable costs of self-reporting.

The Benczkowski Memorandum also further reinforces the need for experienced counsel to credibly and competently represent a company’s compliance program and controls to prosecutors. Additionally, although the Benczkowski Memorandum may lead to a decrease in imposed monitorships for companies under investigation that are attentive to the memorandum’s factors, companies not under investigation should review and revisit their compliance policies in an attempt to avoid catching the government’s investigative notice in the first place. 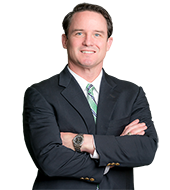 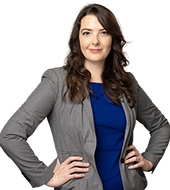