The Future of the Capital Markets Union after Brexit

EU Securitization and Structured Finance Alert
By: Barry B. Cosgrave

At the annual Global ABS conference in Barcelona last week, Barry Cosgrave spoke on a panel moderated by Pablo Portugal (AFME) and attended by Francois Terrade (Demica) and Erik Parker (Nomura) on “The Future of the Capital Markets Union after Brexit”, on 6 June 2017.

Mr. Cosgrave discusses his views, and those of the panel, below:

The central question that was discussed was whether the Capital Markets Union (CMU) project was now consigned to history given the impending departure of the United Kingdom from the European Union (EU) and the prominent role that London plays in the European Capital Markets sphere currently. Developments in the run up to the conference added to considerations as the seventh trialogue meeting of the European Commission, the Council of the European Union and the European Parliament on 30 May announced political agreement on some of the issues that were undecided. Some key points of agreement to come out of that meeting were to keep the risk retention threshold at 5% and a substantial watering down of proposals that market participants be restricted to entities regulated in the EU — both noticeable boons for the potential buy-in of the market.

So what then of the original question: Is the CMU project dead in the water? The view of the panel was a cautious “no” and, in fact, there was cautious optimism for the future of the CMU. The caution on both counts arises because so little detail has been released as to the nature of the CMU. However, it seems clear that in the post-Brexit era, there is a need for Europe to address its fractured capital markets landscape. It may be argued that this need becomes more pressing in light of the fact that London may not be such an obvious go-to post-Brexit. In any case, the central motivation for having the CMU remains: the need for a standardised approach to capital markets regulation in the EU with the aim of improving the access of borrowers to non-bank funding, which has become all the more pressing in the aftermath of the global financial crisis.

Whilst it may be excessive to state that London’s influence as a centre of capital markets expertise will disappear, it is clear that there will be challenges to the role that London currently plays in European Capital Markets. It has been confirmed that there will be no third-country equivalence in relation to the CMU, so if London wishes to continue in its current position the City will need to be provided with a way to access the CMU from outside the EU. The political events of 8 June may have brightened the mood of some as the prospect of a “hard Brexit” may have softened. The CMU also presents a logical way for the United Kingdom to access a discreet (albeit large) part of the European project post-Brexit and would appear to be an obvious way to maintain access to certain parts of the EU.

It is clear that Europe’s other financial centres are keen to take the opportunity to acquire greater market share from London, and progress on the CMU is an obvious way to achieve that. Whether or not the CMU project will be successful depends in part on whether it will have a central regulatory authority or whether market participants will be faced with the challenge of dealing with multiple regulators in different jurisdictions. The preferred approach appears to be to have a central regulator to administer the CMU and for the CMU to be implemented across the EU in one go rather than taking a piecemeal approach (which would present little difference to the status quo). The “Simple, Transparent and Standardised” (STS) framework and compliance with its provisions is an obvious area that would benefit from the ability of market participants to consult with a central regulator. But in a more general sense, in order to improve the speed of execution on transactions and to provide greater certainty of interpretation, a central regulator is important.

However, the concept of a central regulator (and its geographical location) also highlights a risk to the CMU project: If individual regulators try to vie for this position, it could have a serious impact on timing and implementation. With that in mind, it would appear logical to enhance the current powers and responsibilities of the European Securities and Markets Authority (ESMA) to allow it to assume the role of market regulator in short order.

The continuing growth in the European Non-Performing Loan (NPL) market is also a key focus of those looking to draft the CMU regulations. An ambitious target has been set of undertaking a pan-European review of insolvency regimes with a view to proposing a central set of rules to govern post-insolvency enforcement and remedies for creditors across the EU. Whether the scale of this ambition can be met within a reasonable timeline is somewhat doubtful given the workload that will be involved. However, it does show a willingness to consider the issues that are faced by investors in European NPLs and to try to address those so as to allow the market to strengthen. That being said, European NPL trades have been undertaken in a number of markets, particularly in Eastern Europe, that have unfavourable (from an investor’s point of view) insolvency regimes. Harmonisation and standardisation is always welcome from a transactional point of view, but the results of this aspect of the project may appear some time after the current cycle of European NPLs has subsided.

Much of the publicity that has come out in relation to the CMU highlights a focus on Fintech and so-called “Green Bonds”. It is clear that Fintech and, in particular, blockchain are going to be important parts of the future of capital markets globally. The recent large-scale test by Calastone of its model to facilitate the trade of mutual funds using blockchain illustrates the pace of development. As such, it will be important for regulators to stay on top of the challenges that these new features of the movement of global capital present. However, regulators need to be careful not to stifle innovation with ill-conceived attempts to control development. With that in mind, a collaborative approach (with innovators, current market participants and regulators) to the regulation of Fintech would appear to be the best path forward. The current “hands-off” approach taken by regulators would appear to be consistent with that. The CMU represents an opportunity to adopt cutting-edge technology in the capital markets world and that opportunity should be grasped. Conversely, it is not clear whether the aspirations for Green Bonds are currently matched by market demand. However, there is value in the CMU looking to promote new areas of finance, particularly given the focus on alternative energy sources.

In conclusion, there is still very little detail on the CMU to allow for an accurate or detailed assessment of its future to be made. However, it does appear that the European Commission, the Council of the European Union and the European Parliament are willing to listen to the views of the market with the amended position on risk retention being particularly reassuring. Whilst challenges remain, the central idea of the CMU is a good one, and, if properly implemented with a central regulator, it stands a strong chance of being successful in its aim of opening up access to alternative sources of capital for European borrowers. The location of such central regulator remains the 64,000 euro (or pound) question. 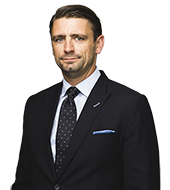