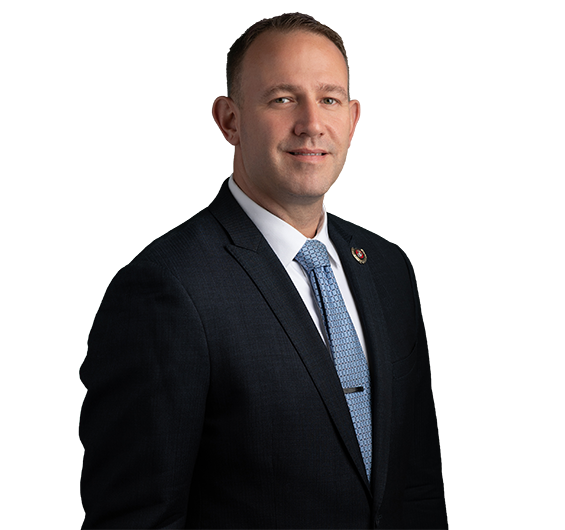 Travis Powers advises clients in all aspects of complex commercial insolvency and restructuring under chapters 7 & 11 of title 11 of the United States Code, as well as in out-of-court workouts and Assignments for the Benefit of Creditors. Through the representation of several multi-national corporations, Travis has been involved in several of the nation’s largest bankruptcy cases. In addition, Travis is an experienced commercial litigator, having represented some of the country’s largest special servicers and financial institutions in large-area commercial real property foreclosure actions in both state and federal courts throughout the country.

Prior to joining the firm, Travis served as an associate in the restructuring, insolvency and bankruptcy practice groups at two national law firms.

Prior to the practice of law, Travis served in the United States Marine Corps as a Marine One Presidential Helicopter Guard for former United States President Bill Clinton. Also during his Marine Corps service, Travis served as a military policeman stationed in Okinawa, Japan, where he acted as liaison between local police and military personnel on several military installations located throughout the region.

Travis is recognized in the 2022 edition of Best Lawyers: Ones to Watch for Commercial Litigation. He is the 2018 M&A Advisor Turnaround Award Winner: Healthcare/Life Sciences Deal of the Year. He was also a 2017 National Conference of Bankruptcy Judges Next Generation participant.