Quaden Bayles is a nine-year-old Indigenous Australian who suffers from a rare case of dwarfism as well as other significant health issues. Quaden's story became topical globally following the release of a video filmed by Quaden's mother, Yarraka Bayles, of a distressed Quaden following experiences of extensive bullying and harassment. You can read more on ABC news.

As an unfortunate consequence of Quaden's video going viral, a substantial volume of content featuring or directed at Quaden appeared on social media which included defamatory material and that infringed Yarraka's copyright. These social media posts endeavoured to undermine Quaden's message and, in some cases, made racist taunts and false accusations against Quaden and Yarraka, including that the viral video was a "scam". The family was forced to move from their home due to death threats and physical stalking.

Multiple legal issues were raised concerning abusive social media posts about Quaden. Many of these posts were removed as they presented a clear breach of the terms and conditions of relevant social media platforms. For other posts, where the social media company did not immediately agree to take down the material but required further information, we persuasively argued that the posts ought to be removed as they featured material which was in breach of Australia's defamation and racial discrimination laws or the unauthorised use of content from Quaden's and Yarraka's social media, constituted infringements of copyright and breaches of moral rights.

Using the resources of K&L Gates' global platform, in particular the experience of our Digital Crisis Planning & Response (DCPR) team, we developed a strategy to address the proliferation of content on Facebook, Instagram and YouTube.

We reviewed abusive content across Facebook and Instagram, identifying infringing, defamatory, racist and harmful content directed at the family and uncovered fake and imposter pages. We collaborated with Facebook's Safety Policy Team, to report comments, usernames and posts. Facebook deleted all impersonating Facebook and Instagram profiles, and together, we have developed a strategy to prevent recidivism by increasing the profile and frequency of cleansing. We have also discussed the use of artificial technology to assist with vetting processes by establishing an automated protocol for removing content.

We investigated and reported over 100 videos to YouTube for copyright infringement (amongst other claims) based on the inclusion of photos or videos taken from the Bayles family's social media accounts. With the expertise of our Intellectual Property team, we successfully prosecuted the YouTube take down procedure. We filed detailed submissions to YouTube, which included the argument that certain content was protected by copyright law and that defences of "fair dealing" or "fair use" (as the doctrine in known in the U.S.) could not apply to protect hateful and abusive content which targets a vulnerable individual.

Ultimately, and with the assistance of the Public Policy and Government Affairs Department at Google, almost all of the YouTube videos we reported were removed by the content moderation team for violating YouTube's Community Guidelines, YouTube's Copyright and Fair Use Policy or YouTube's Harassment and Cyberbullying Policy.

The challenges of in-app reporting

In attempting to remove online abuse appearing as YouTube videos, we experienced the difficulties of in-app reporting. At times, it can be an arduous process and can also result in different outcomes for the same content. For instance, the same video was posted by different uploaders using the same copyrighted material. Some videos were removed immediately, others would take weeks with multiple rounds of reporting, email correspondence and follow-up.

In-app reporting mechanisms do not give you an opportunity to provide context of the extent of the issue and have a personal contact to liaise. Even where thousands of videos may have been uploaded, using in-app reporting you are forced to report one video at a time for copyright infringement, providing extensive details of the copyrighted works and the video's infringing use of them. We were frequently sending multiple emails trying to explain Australian copyright law to a social media company's complaints team.

The nature of going viral is that you are not dealing with a limited number of posts. It took an enormous effort of time and resources to address the proliferation of content and accounts. In many circumstances it is a matter of stumbling around in the dark depths of the internet, hunting out hateful and abusive content.

To undertake a task that can seem overwhelming, it is useful to develop a strategy and protocols to find, report and track content to ensure its removal and prevent recidivism. It is useful to identify key words used by internet trolls to avoid being automatically flagged, click through links in the side panel to find the content most visible to an ordinary user and find key uploaders who post multiple videos and share content with fellow bullies. Once the videos are located, it is necessary to view and document careful notes of the content of the videos to be included in the in-app reporting process.

One of our most successful strategies to prevent recidivism was to reach out to the safety  and content moderation teams of Facebook and Google respectively to obtain their help in removing content. By reaching out to Facebook for example, we have coordinated a longer-term strategy to raise the security profile of posts mentioning Quaden, subjecting them to a higher level and frequency of cleansing. Facebook were able to delete impersonating Facebook and Instagram profiles we identified and added Quaden and Yarraka's names to watch-lists to prevent recidivism of removed accounts.

It is a natural step to withdraw from social media when your experience is so far removed from the inclusive connectivity for which it was designed. Unfortunately, by deleting content and accounts, an informational vacuum can be created for trolls and illegitimate allegations to flourish without correction.

It is important to step back to control the message and engage with positive, affirmative client content. You need to be quick and flexible to deal with issues as they arise, such as keyboard warriors threatening lawsuits and ensure you do not create any more issues for your client.

With the pro bono assistance of Robin Sefiani of Sefiani Communications Group we collaborated to effectively shape Quaden's message and develop a public relations strategy which would fill the information gap and correct the misinformation campaign of online trolls. The Australian Story episode About A Boy is a vital step to correct the misinformation campaign and share the truth of Quaden's story.

Finally, no one can tackle internet trolls alone. It took a serious commitment of time and resources with a team of lawyers, PR specialists and journalists to remove abusive content from social media and correct the false allegations for Quaden and his family. If you or someone you know needs help, please reach out to K&L Gates and our experienced teams can assist. 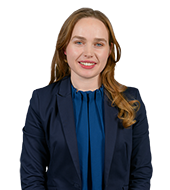