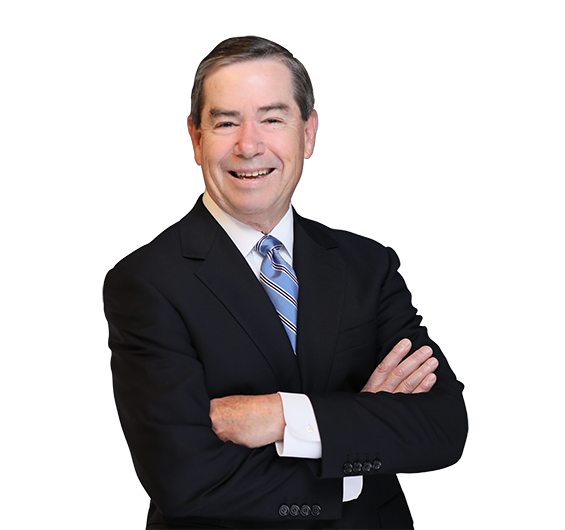 Jim Walsh is a government affairs counselor in the firm’s Washington, D.C. office. He was elected to the U.S. House of Representatives, where he served from 1989 to 2009. During his tenure in Congress, Jim served as a deputy Republican whip from 1994 to 2006. He was appointed as a member of the powerful House Appropriations Committee, where he served from 1993 to 2009. During that time he became Chairman of four House Appropriations Subcommittees: District of Columbia; Legislative Branch; VA, HUD and Independent Agencies (NASA, EPA, FEMA, NSF, Selective Service); and Military Quality of Life (included jurisdiction for Military Base Construction, the Defense Health Program, and Housing Accounts) and Veterans Affairs. He also served as ranking Republican member of the Labor, Health and Human Services Subcommittee on Appropriations. Earlier in his career in Congress, Jim served on the House Agriculture Committee, the Select Committee on Children, Youth and Families, and on the House Administration Committee.

Jim served as a Peace Corps volunteer in Nepal from 1970 to 1972 as an agriculture extension agent in the Bara province. His work involved introducing Green Revolution varieties of wheat, corn, and rice into local subsistence agriculture. Jim traveled extensively in the Indian sub-continent and returned to India for official government business as a Member of the U.S. House of Representatives.

Upon his return to the United States, he worked as a social worker doing case work in Central New York State. Subsequently, he joined the New York Telephone Company/Verizon in Syracuse, New York, where he served in a number of capacities, primarily in marketing, until 1988.