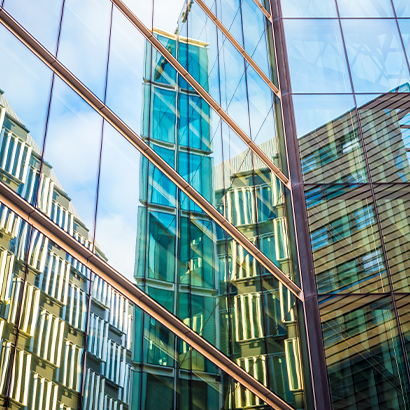 The risks to the financial systems of money laundering, terrorism financing, and other financial crimes has been taken very seriously by many governments since the September 11 terrorist attacks on the United States and the numerous additional terrorist attacks, organized-crime crackdowns, and drug and human trafficking prosecutions throughout the world since then.

A broad range of financial services businesses are required to maintain formal anti-money laundering (AML) programs and are subject to extensive governmental oversight of their business activities. Many other industries, including gaming, leisure, real estate, vehicle sales, food and alcohol, and retail that are perceived as facing higher risks of being used by money launderers, terrorist financers, or other financial criminals are also subject to specific AML regulations, and are sometimes required to maintain a written AML program. Even charities, universities, and international nonprofit organizations have been investigated in recent years for AML issues because criminals have become increasingly sophisticated in moving tainted funds through organizations of all types, often with the help of rogue employees or lax internal controls.

As a fully integrated global law firm with lawyers located across five continents, we are uniquely positioned to provide a comprehensive range of services to any company wishing to negotiate the regulatory maze created by money laundering legislation. These services range from the development of tailored AML programs; training of employees, management, and directors; assistance with day-to-day Bank Secrecy Act (BSA) and AML matters; enterprise-wide BSA and AML risk assessments; and assistance in addressing and minimizing the impacts of regulatory enforcement actions.

When financial services companies are faced with a compliance mandate or investigation (or even a possible consent order or deferred prosecution agreement), our multi-office team brings lawyers from both industry-specific and procedure-specific groups together to provide comprehensive services under one roof. Our AML team has lawyers with experience in a variety of disciplines and skills. We have lawyers with technical degrees such as accounting and computer science; advanced certifications such as Certified Anti-Money-Laundering Specialist; multilingual fluency including Arabic, Chinese, and Spanish; and prior experience working for financial institutions or the government to conduct policy and control audits, enhanced customer due diligence, transactional or data analysis, witness interviews, and case assessment. This seasoned group analyzes a client’s unique needs, recommends efficient and reasonable solutions, and guides it through implementation—all with the respect for and protection of its (and its customers’) privacy that only an effective lawyer-client privilege relationship can offer. We also work with our internal investigations, white collar, anti-corruption, sanctions, and combatting the financing of terrorism (CFT) colleagues to create synergies within clients’ existing policies and controls designed to address similar issues and to detect proceeds of crime before they enter the financial system or a client’s network for laundering by recognizing the underlying offenses at issue.

Leveraging our years of AML experience representing clients before prosecutors, civil investigators, and regulatory oversight bodies, our cross-practice team can assist with:

Each client faces a distinct set of challenges in complying with AML law. We anticipate that AML issues and the significant financial and reputational risks they pose will continue to be of major concern to all companies.

In the United States

The Bank Secrecy Act (BSA) requires financial institutions, as defined by the BSA, to implement and maintain an appropriate AML program reasonably designed to ensure compliance with BSA and AML requirements. Covered financial institutions for these purposes include banks, broker-dealers, money services businesses, residential mortgage lenders, casinos, and even certain dealers in jewels and precious metals.
The exact AML program requirements depend on the type of financial institution, but generally include customer identification and due diligence procedures (sometimes collectively referred to as “know your customer” requirements), maintenance of records and the filing of suspicious activity reports and other reports, the designation of a qualified individual responsible for day-to-day BSA and AML compliance, appropriate training, and independent testing of BSA and AML compliance. Many financial institutions are now also subject to requirements to identify and verify the identity of the beneficial owners of their legal entity customers. If the Financial Crimes Enforcement Network (FinCEN) or the institution’s regulator identifies weaknesses in an AML program, the institution and even sometimes its owners and managers can be subject to significant fines. If law enforcement discovers the presence of money laundering, that institution could be criminally charged.

The Patriot Act expanded the scope of the BSA and gave broad additional authority to a number of federal agencies to investigate and prosecute institutions and individuals suspected of money laundering activity:

In the United Kingdom

AML laws are essentially made up of the following three components (not taking into account the rules imposed by the UK Financial Conduct Authority in relation to regulated businesses and authorized persons):

The UK Financial Conduct Authority has not been slow in imposing fines for noncompliance with AML procedures. Over the past few years, a number of prominent UK-based banks have been fined millions of pounds for money laundering violations for breaches of UK regulations and system and control failures.

AML laws are essentially made up of the following two components (not taking into account the obligations imposed by German tax laws to obtain and record data of client identity in case of a maintenance of accounts and the custody of valuables):

The German implementing measures in relation to the EU’s Fourth Money Laundering Directive were enacted on June 26, 2017 and significantly increased the granularity of the regulatory framework. Further guidance in relation to this framework has been provided by the Financial Services Supervisory Authority (Bundesanstalt für Finanzdienstleistungsaufsicht, BaFin) and the German Banking Industry (Die Deutsche Kreditwirtschaft, DK).