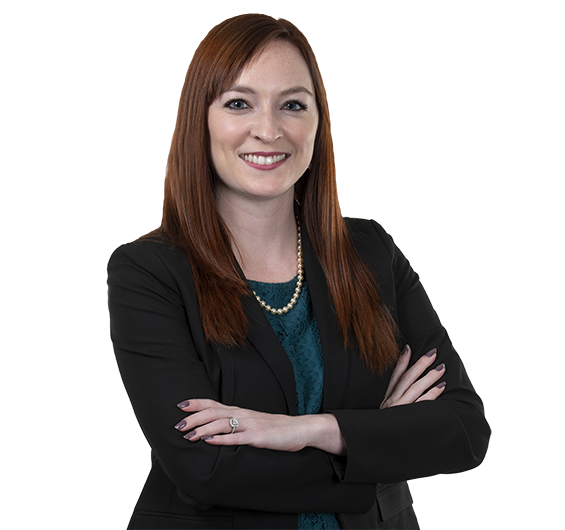 Emily Weiss focuses her primary practice on clients in the energy sector and has advised clients in other industries during government investigations. Within the energy sector, she has assisted in oil and gas litigation, including royalty disputes and other lease disputes, compliance in midstream operations, and defending a Fortune 50 energy company in a federal criminal investigation. Further, Ms. Weiss has advised multiple energy companies regarding various aspects of their oil and gas operations in West Virginia and Pennsylvania.

Ms. Weiss has defended multiple energy companies in oil and gas royalty disputes in both state and federal courts, as well as in other challenges to lease terms and in property disputes. Ms. Weiss also represented an energy company in a local zoning dispute before the local authorities and on appeal to Pennsylvania state court.

Ms. Weiss has also advised a publicly-traded energy company in connection with dispute against prime contractor for natural gas processing facilities in Pennsylvania and West Virginia and assisted in pursuing a $20 million claim for defective design and construction of one of the largest retaining walls in the eastern United States.

Ms. Weiss assisted in the defense of an international engineering firm against allegations of multimillion-dollar fraud concerning compliance with the Generally Accepted Accounting Principles (GAAP) as it related to a financial position taken on certain construction claims, including by preparing witnesses for deposition and by assisting with responding to state and federal government subpoenas.

Ms. Weiss also conducted anti-corruption due diligence on behalf of a Fortune 500 company as part of its acquisition of a multinational technology company.

Ms. Weiss was a summer associate in the firm’s Pittsburgh office in 2014. Prior to joining the firm, she was a title abstractor for a Pittsburgh law firm, focusing on oil, gas, and mineral interests. During law school, Ms. Weiss was a law clerk at a national law firm in 2014, and she was a research assistant for multiple professors. Additionally, Ms. Weiss was an intern for the Hon. Nora Barry Fischer, District Judge for the Western District of Pennsylvania, during the summer of 2013. Also, Ms. Weiss participated in Duquesne University’s 3&3 Program for her undergraduate and law degrees.