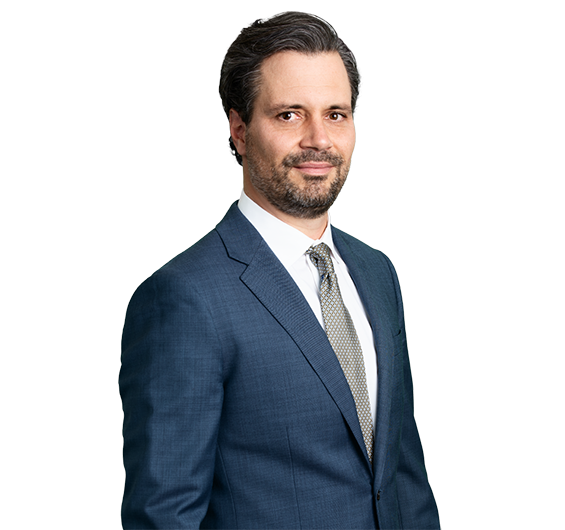 Representation of a national hospital company in an arbitration over a spin-off merger, following which the newly-created company asserted claims in excess of US$400 million stemming from the spin-off, in addition to claims and counterclaims related to certain transition services agreements.

Representation of the seller in an asset merger in a federal court lawsuit seeking tens of million of dollars of post-merger purchase price adjustments based on fraud and contract claims.

Representation of a partner in a limited partnership in state court litigation seeking tens of millions dollars in damages for alleged breaches of fiduciary duty in connection the development of a national hotel chain.

Representation of investor in and director of a restaurant company in defense of a shareholder derivative lawsuit for breach of fiduciary duty, direct claims by certain shareholders, and a Fair Labor Standards Act collective action.

Representation of a national retail company in a commercial dispute alleging breach of contract and a variety of business torts with regards to a US$400 million insurance program for extended warranties on consumer electronics in Delaware Chancery Court and in subsequent confidential arbitration.

Representation of current and former officers and directors of publicly-traded companies in purported securities fraud suits.

Representation of a joint venture partner in a preliminary injunction action alleging breach of contract, a variety of business torts (including unfair competition and deceptive trade practices), and trademark infringement in the context of an alleged national distributorship requirements contract.

Representation of a healthcare company in a 15-year False Claims Act case seeking damages of hundreds of millions of dollars based on alleged claims of false billing practices.

Representation of a community hospital in Kentucky against its insurance carrier for bad faith claims handling and breach of contract, stemming from a medical malpractice verdict that was millions of dollars in excess of policy limits.

Representation of a nationwide construction materials distributor in a suit against its chief competitor over unlawful recruiting.

Service as investigatory and advisory counsel for the special litigation committee of the board of directors of a national retailer after certain of its officers and directors and its independent auditor were sued in three separate shareholder derivative lawsuits based on alleged misconduct related to vendor markdown allowances, lease accounting issues, and the restatement of financials.

Service as investigatory and advisory counsel for the special litigation committee of the board of directors of a developmental biotech company after certain officers and directors were sued in a shareholder derivative lawsuit based on alleged improper compensation awards in the form of cash bonuses and stock option grants.

Service as investigatory and advisory counsel for a special review committee of the board of directors of a national bank after the bank received a shareholder demand letter alleging that certain officers and directors of the bank had received unlawful incentive compensation in excess of $20 million based on unsustainable and fictitious financial results.

Representation of local, regional and national lawyers and law firms in a variety of matters (both public and confidential), including but not limited to defense of claims for malpractice, employment discrimination, defamation, business torts and in regulatory proceedings before state agencies.