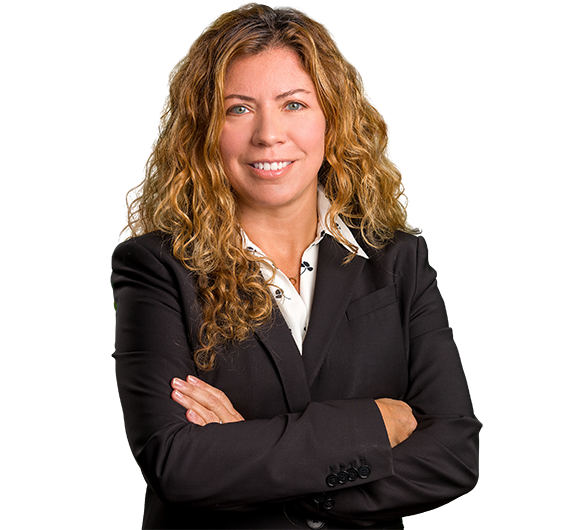 Represented a digital business solutions company and its directors and officers in six legal proceedings which alleged that a third party owned or controlled company as a result of owning or controlling company's largest shareholder and/or as having functional control as the unofficial CEO of company and/or that this third party’s ownership interest and/or control was not disclosed to plaintiffs.  These actions included a putative class action shareholder litigation purporting to bring claims under Rule 10b-5 and 14a-9 and a derivative proceeding commenced on behalf of company against certain of its officers and directors, as well as individual investor suits. Defendants moved to dismiss the second amended class action complaint, which motion was granted by district court.
Represented a software company in connection with its defense of trade secret misappropriation claim filed against it in New York Supreme Court. Successfully resolved matter.
Represented famous Mexican beer manufacturer in numerous trademark-related disputes filed throughout the United States, including successful motions for preliminary injunction and a jury trial resulting in an award of an accounting of profits, punitive damages, and entry of a permanent injunction.
Represented the former Chairman of one of the world’s three largest grocery and general merchandise retailers, in shareholder litigation involving Rule 10b-5 claims against retailer and certain directors and officers arising out of accounting practices that allegedly overstated company's earnings.
Represented publicly traded Chinese scrap metal recycler in class action shareholder litigation arising out of client’s acquisition of a New York Stock Exchange-traded scrap metal recycling company. Filed successful motion to dismiss.
Representing global leader in engineered materials and optoelectronic components  and its wholly owned subsidiary in nine shareholder class action and/or shareholder derivative lawsuits challenging acquisition. All cases were successfully resolved pre-closing.
Representing founders, directors and selling shareholders of a leading global e-Commerce company in a dispute arising out of the $115 million sale of the company to a large private equity firm. Following a ten day bench trial and extensive post-trial briefing, won a significant trial verdict in client’s favor dismissing fraud-based claims and rejecting plaintiff’s claim for uncapped indemnification from selling stockholders.
Represented the non-independent directors and officers, and the external manager, of a mortgage REIT in New York litigation (Commercial Division) challenging an “externalization” transaction under which management of the REIT was transferred to a firm owned by the non-independent directors and officers. Filed successful motion to dismiss aiding and abetting breach of fiduciary duty and other claims asserted against our clients, which dismissal was affirmed by New York Appellate Division, First Department.
Represented market-based business of large U.S. water utility company in breach of contract action filed in the Commercial Division of New York Supreme Court against third party CRM/ERP systems integrator and tortious interference with contractual claims filed against third party. Successfully filed and obtained motion for prejudgment attachment of systems integrator’s assets. Ultimately, matter was successfully resolved.
Represented company that manages service-line contracts for homeowners in declaratory judgment action filed against the New York City Comptroller in New York Supreme Court challenging a decision that certain work performed by client’s contractors is a “public work” subject to the State prevailing wage requirements governing public works. Successfully negotiated preliminary injunction on consent barring Comptroller from seeking to enforce his determination pending the Court’s ruling on the petition. Ultimately, the court granted client’s petition against the Comptroller in its entirety and vacated the Comptroller’s determination.
Represented company in responding to Section 16(b) demands.
Representing coffee company and coffeehouse chain in declaratory judgment action filed in the United States District Court for the Southern District of New York asserting claims for product disparagement and seeking declaratory relief related to costs of product recall.
Represented duly authorized representative in consolidated class action shareholder litigation purporting to assert claims on behalf of all individuals and entities that purchased or acquired certain American Depository Shares pursuant and/or traceable to issuer’s allegedly false and misleading registration statement and prospectus issued in connection with initial public offering.  Plaintiff sought remedies under Sections 11 and 15 of the Securities Act of 1933 and Sections 10(b) and 20(a) of the Securities Exchange Act of 1934. Court
Representing global communications company in breach of contract, trade secret misappropriation, unfair competition and fraud action filed in the New York Supreme Court, Commercial Division.
Represented a stockholders’ representative in breach of contract and declaratory judgment action filed in New York (Commercial Division) against a major generic drug manufacturer arising out of the manufacturer’s failure to make certain milestone payments due under a merger agreement. Survived multiple motions to dismiss and ultimately successfully resolved matter.
Representing manufacturer of sparkling water in class action filed in the United States District Court for the Southern District of New York asserting claims for violations of Sections 349 and 350 of New York’s Unfair and Deceptive Trade Practices Act, breach of contract and common law warranty, and unjust enrichment.
Return to top of page