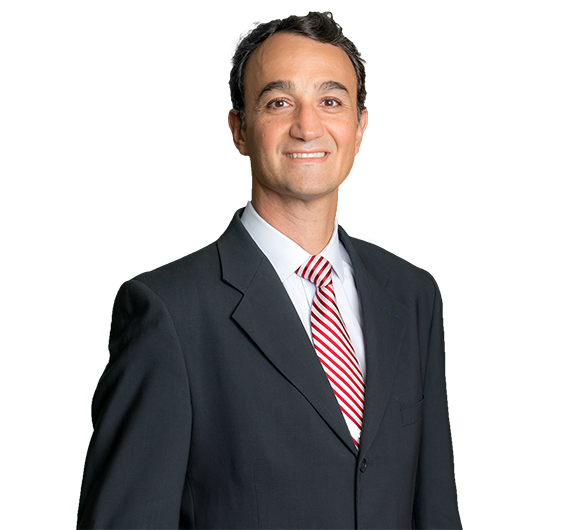 Assisted Play2Pay, Inc., an alternative payments platform, on its partnership with TIM Brasil to deploy Play2Pay’s platform to more than 50 million mobile customers, enabling them to discover new apps and brands and get top-ups and data package rewards by playing games, watching videos and completing special offers on their devices. Play2Pay’s platform will also enable TIM Brasil to increase subscriber engagement and grow its customer base.

Advised Brazil-based Ambipar and its UK holding company on the acquisition of the entire issued share capital of Enviroclear Site Services Limited, a company based in England and Wales that renders waste management services involving both liquids and solid hazardous and non-hazardous waste streams.
Represented Ambipar Holding USA, Inc., the US subsidiary of Brazilian Ambipar Group, in the acquisition of 100% of the shares issued by Custom Environmental Services, Inc. a Colorado-based company focused on environmental emergency response.
Assisted Ambipar Holding USA, Inc., a subsidiary of Brazil-based Ambipar Participações S.A., in the acquisition of 100% of the membership units of Intracoastal Environmental, LLC and One Stop Environmental, LLC, based respectively in Florida and Alabama. Both acquired companies are primarily engaged in the provision of environmental remediation and emergency response services in the USA.
Represented Vulcan Capital, a private equity fund created by the late Paul Allen, in leading the $75 million USD Series C round of financing of Loft, a Brazilian digital real estate platform. Vulcan Capital was the lead investor. Andreessen Horowitz, Thrive and QED also invested in the round.

Represented Ambipar Holding USA, Inc., a subsidiary of Brazil-based Ambipar Participações S.A., in the acquisition of Allied International Response, a company based in Texas that provides chemical emergency response services.

Represented Brazil-based Ambipar Participações S.A. in the acquisition of UK-based Braemar Response, the incident response business of Braemar Shipping Services plc (LSE: BMS), a leading international provider of broking, financial, consultancy, technical and logistics services to the shipping, marine, energy, offshore and insurance industries.
Assisted Brazilian low-calorie ice cream startup company "Lowko" with its corporate restructure and Series A investment by global seed and growth investor GFC Global Founders Capital.
Represented Adianta, a Brazilian receivables fintech for small businesses, in the US$8m venture capital investment from DGF Investimentos, 42K Investimentos, Chromo Investimentos, Capital Lab and previous investors Yellow Ventures and OsherTech, among others.
Represented a Brazil-based global specialty chemicals distribution company and its subsidiaries as obligors under a $150,000,000 Credit Agreement with Citibank N.A. as administrative agent and a five-lender syndicate. Obligations under the Credit Agreement were secured by pledges of customer receivables in Brazil, Colombia, Peru and Mexico.
Represented a Brazilian transportation and logistics company as obligor under a $100,000,000 Loan and Guaranty Agreement with Export Development Canada (EDC) as lender.
Represented a major Brazilian mining company in relation to two structured pre-export finance facilities in a total amount of over US$106 million.
Represented a major Asian bank as mandated lead arranger, administrative agent and collateral agent under a syndicated multi-million dollar pre-export credit facility to a large Brazilian commodities exporter.  The loan facility was secured by receivables arising from Brazilian exports of soft commodities.
Represented France-based Ipsos SA in the multijurisdictional acquisition of four global divisions of GfK SE’s custom research business for an enterprise value of €105 million.
Represented a U.S.-based solar energy generator in the disposal of its pre-operational solar energy plant in Brazil to a local private equity fund.
Represented arvato, a subsidiary of the German conglomerate Bertelsmann, in the three-tranche acquisition of Brazil-based Intervalor S.A.
Negotiated on behalf of Vale S.A. the shareholders’ agreement of VSE – Vale Soluções em Energia, a joint venture between Vale and the BNDES.
Negotiated concession rights on behalf of Brazilian mining company Vale S.A. in connection with the implementation of an estimated $1.3 billion iron ore pelletizing project in Oman.
Represented Inbrands, the leading company in the consolidation and management of fashion and lifestyle brands in Brazil, in a joint venture with Tommy Hilfiger.
Represented Companhia Siderúrgica do Pecém, a Vale/Dongkuk/Posco steel mill joint venture, in the negotiation and drafting of an EPC agreement for its air separation unit under a BOO regimen.
Represented Borealis Brasil S.A. in the R$36 million financing provided by BNDES for the expansion of its Itatiba site.
Represented Paranapanema S.A. in relation to structured pre-export, import and ECA-backed finance facilities in a total amount of over US$400 million.
Represented Intralot S.A. as Issuer, and its Brazilian subsidiaries as guarantors, in the offering of €250 million 6% Senior Notes due 2022.
Represented Amtek Global Technologies as borrower in a €235 million credit facility provided by KKR.
Represented ABN AMRO in a $135 million uncommitted secured borrowing base facility to Cockett Marine Oil PTE Ltd. and its Brazilian subsidiary.
Represented Citibank as co-lender in a secured loan of up to €383 million to Huvepharma, a Bulgarian pharmaceutical company, with the accession of its Brazilian subsidiary as co-obligor and guarantor.
Represented a major oil & gas company in a proposed project financing by BNDES, CEF and private banks for the construction and operation of drill ships. This transaction was the then largest project finance ever negotiated in Brazil, involving an estimated total of US$29 billion in loans.
Represented a global hedge and private equity fund as creditor in connection with the restructure of a Brazilian company's debt involving the swap of unsecured debentures by a secured loan, call options and board seats. A complex security package was implemented including corporate guarantees, mortgages and share pledges.
Return to top of page