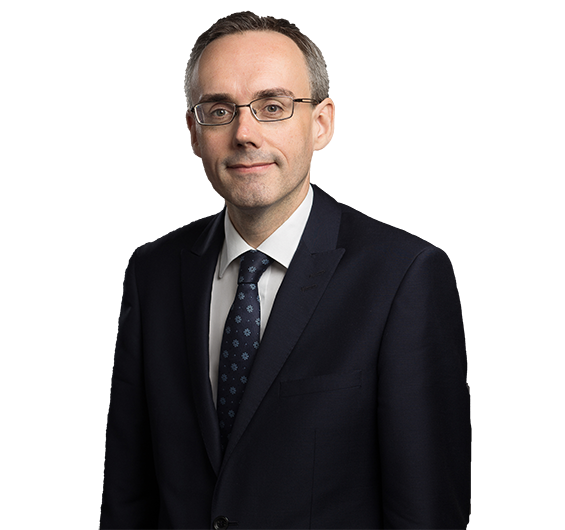 Representing a US Company acquiring technology assets from a group of UK companies in administration
Representing Taiwanese and Thai companies in connection with financially distressed UK customers
Advising on the restructuring of a French parent company’s UK operations
Advising the receivers in relation to the repossession and sale of a multi-million pound residential property
Acting for the directors of an energy company that entered administration
Advising a trustee company in connection with its enforcement of security and subsequent running of a hotel business
Acting for the security agent in respect of the administration of a renewable energy business
Representing the agent and security agent of secured bank lenders to Carillion plc (in administration)
Advising a security agent for lenders to a group of companies (in administration) in the consumer goods distribution sector
Advising the directors of a sports event company on insolvency issues
Advising on a company voluntary arrangement and subsequent repossession of property of a restaurant sub-tenant of a landlord client
Advising the administrators on the sale of five German real estate assets owned by four English limited liability partnerships (in administration)
Advising administrators on a German court claim by a creditor
Acting for the holder of media rights in relation to a content-providing company that entered administration
Acting for the purchaser of a financially distressed group of UK manufacturing companies
Advising a corporate client on an office-holder application for an information request order
Counselling a Middle Eastern free zone authority on the drafting of its insolvency regulations
Advising the liquidator of two Singaporean companies in relation to recognition of Singaporean liquidation in the English courts
Counselling a technology company on the reorganisation of its UK operations after a significant purchase
Representing a U.S. company on the transfer and business and assets within its UK group of companies
Counselling a German company on the default by the purchaser of its deferred undertaking to buy shares
Advising on the members’ voluntary liquidation of a substantial UK financial services business operating via a limited company and LLP structure
Advising on a letter of a credit claim
Acting for a major creditor of a UK retail chain in company voluntary arrangement, then subsequently in administration
Advising on a loan acquisition including potential insolvency scenarios
Advising the security agent in a high yield bond transaction in relation to possible enforcement action
Representing the security agent in respect of a facility to a takeaway restaurant chain of 75 outlets
Representing the trustee in the £50m insolvency of a UK real estate business
Representing a global restaurant franchisor in relation to the insolvency of franchisee businesses
Acting for Swiss and US banks in connection with their Lehman swap obligations
Counselling an individual on securing the terms of a multi-million dollar settlement agreement
Representing the purchaser of shares in an AIM listed company that entered administration during the purchase process
Advising Nationwide Accident Repair Services Limited in relation to its financial distress, eventual administration and subsequent sale of its business and assets.
Advising an individual on his rights and obligations as shareholder and director of a distressed business.
Advising a distressed business on possible restructuring options and its directors on their duties and liabilities.
Advising a company on its obligations in replying to enquiries from the UK Official Receiver in relation to the liquidation of Carillion plc.
Advising a German company on its rights as a supplier to Virgin Atlantic Airways following the VAA restructuring.
Advising a special purpose issuer vehicle on its rights and obligations when faced with insolvency.
Advising in connection with the potential Creditors' Voluntary Liquidation of a London restaurant company.
Advising a company on its obligations to cooperate with the administrators of a business it had sold prior to administration.
Advising on the potential Members' Voluntary Liquidation of an English subsidiary of a Japanese headquartered group fo companies.
Advising a Swiss bank on its rights and obligations in relation to Lehman related ISDA swap agreements.
Advising on the potential Members' Voluntary Liquidation of an English subsidiary of a US headquartered group of companies.
Advising on potential enforcement rights of a Korean lender in relation to a major London real estate development.
Advising the English subsidiary of an Australian company in relation to its position as a debtor.
Drafting insolvency regulations in relation to companies and individuals for Media City, Qatar.
Return to top of page