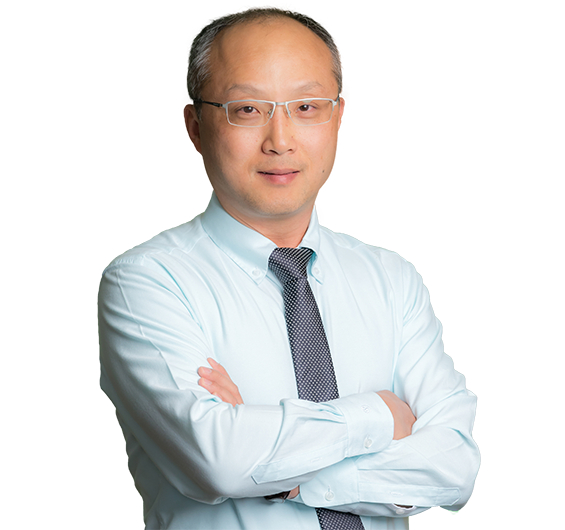 Advised CEFC China on its acquisition of the Florentinum office building, a LEED platinum certified property and the first development of Penta Investments completed in the Czech Republic.

Advised Shanghai Electric Group Co., Ltd. on its acquisition from DBAG Fund of Broetje Group, which is a supplier in the aerospace industry with a product portfolio covering the entire process chain for assembly of aero structures and their related components.

Advised ANTA Sports Products Limited, a leading Chinese sportswear company on its formation of a design center in California, U.S.

Advised a Chinese public apparels manufacturing company on an acquisition of an apparel sourcing, production, and sales platform headquartered in Hong Kong and with offices in Germany, mainland China, and Bangladesh.
Advised a trust company and a private equity fund in China on its participation in a privatization and relisting in China of a China-based public company, which was listed in NASDAQ.
Advised a Japanese company on a management buyout through a Hong Kong company and further disposal of its consulting service business in China to one of famous global auditing firms.
Advised NEC Corporation on its acquisition of energy solution business in the U. S. from A123 Systems and formation of an offshore JV with Wangxiang Group for an energy-saving business in China.
Advised an animated cartoon movie and TV program production company on the formation of its VIE structure, its Series A financing from an industry investment fund controlled by the Ministry of Finance and its strategic investment from a leading movie distribution company.
Advised a Cayman Islands company invested by several venture capital investors on its disposal of its cable TV business in China to a state-owned enterprise and exit from a VIE structure.
Advised a U.S. client on its Hong Kong joint venture with a Chinese listed company (a state-owned enterprise)’s subsidiary to merger their respective global fiberglass business.
Advised Flow International Corporation, a U.S. -listed company, on its acquisition of a minority stake in, and joint venture in respect of, Dardi International Corporation, a Chinese manufacturer of waterjet cutting system.
Advised Staples (China) on its acquisition of a 75 percent equity interest in, and joint venture in respect of, Jiangsu Staples Peipei Office Products Co. Ltd.
Advised Shanghai Automotive Industry Sales Corporation, a state-owned enterprise and wholly-owned subsidiary of Shanghai Automotive Industry Corporation (Group), on its 50 percent /50 percent joint venture with two subsidiaries of Shell Corporation.
Advised Stone Group Holdings Limited, a Hong Kong-listed company, on its USD150-million acquisition of 100% equity interest in Shanghai GoldPartner, a bestselling consumer healthcare products provider in China.
Advised Darwin Rhodes on its establishment of an employment agency WFOE in China under Mainland and Hong Kong Closer Economic Partnership Arrangement scheme.

Advised Shanghai Yiguo E-Commerce Co., Ltd. on its Series C, C+, and D financing in the sector of online distribution of food and fruit.

Advised Capital Today on its investment in the merger of Dian Ping and Mei Tuan, China’s top group deals sites, and their further investment in rounds two and three of series B financing of the surviving company.

Advised U.S.-based brand owners on their China NNN (Non-Use, Non-Disclosure and Non-Circumvention) agreements with OEM contractors in China.
Advised U.S. listed companies on their respective long-term supply agreements with distributors in China.
Advised a foreign investment crowd-funding service provider on its U.S. real estate investment plan which is targeted at Chinese investors.
Advised a U.S. company on the supply of its door alarm system to a state-owned aircraft manufacturing company in China.

Advised a Sino-foreign university on an investigation involving a flawed procurement process and negotiated with suppliers to address the flawed process issues.

Advise a Korean public company on its investigation against its former CTO on his conspiracy to commit espionage and actual espionage and filing of complaints with governmental authorities in China.

Advised a leading chemical company on an investigation involving one of its employee’s unauthorized accesses to her superior's computer and reviewed the internal compliance procedures with the Business Conduct Policy of the company.
Advised a leading jewelry distributor in Hong Kong and mainland China on compliance issues regarding labeling, pricing, marketing, franchising etc.

Advise a Chinese client and his subsidiaries on arbitration in Hong Kong about a counter-guarantee regarding a put option in a U.S. fund.

Advise a U.S. client on its arbitration with its Chinese partner about a dispute regarding a put option in a joint venture.

Advised a U.S. client and its representative office in China on its dispute resolution with a private company in Qingdao, China.

Advised a U.S. listed company’s subsidiary in China on its labor arbitration and litigation with an employee for early termination of the employee’s relationship.