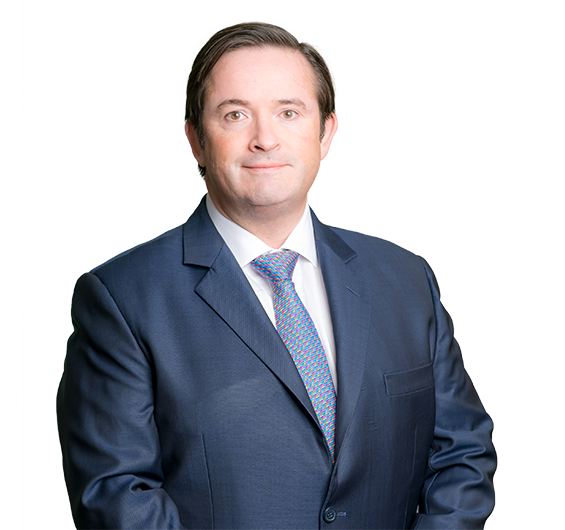 Al Tamimi v QFBA and Employment Standards Office of the Qatar Financial Centre: acting for the ESO as advocate and counsel before the appellate division of the QFC Courts, successfully having all appeals against the ESO dismissed.

Acting for a major international consulting engineer in an ICC arbitration relating to variations and unpaid fees for architectural design detailing services on one of the major civil works contracts on one of the Doha Metro railway line projects. The dispute is scheduled to be heard in an 8-day hearing in 2021.
Advising a Qatari bank on the pursuit of litigation in Turkey relating to the construction of a high-profile waterfront residential development in Istanbul.
Acting for an Italian JV on an ICC arbitration relating to claims for delay, disruption and variations to the MEP subcontract works on one of the stadiums for the FIFA 2022 World Cup. The dispute is listed for a 10-day hearing in 2022.
Acting for a high profile Qatari private developer on an ICC arbitration relating to its termination of their development management consultant on one of the largest privately-backed real estate developments in Doha, Qatar. The first bifurcated hearing on points of law took place in a 2-day virtual hearing in September 2020, and further hearings are scheduled in 2021.
Acting for a quasi non-governmental organisation of particular importance and sensitivity to the Qatari government in advising on dispute avoidance, including a facilitated dispute resolution negotiation, concerning the termination of a contract for supply of specialist IT and audio equipment.

Acting for the Saudi subsidiary of a major international consulting engineer on an ad hoc arbitration relating to non-payment of fees for architectural and structural design services on a major hospital project in Riyadh, Saudi Arabia.

Acting for an MEP subcontractor on an ICC arbitration for claims for variations, delay and disruption relating to the construction of an iconic public building in Education City, Doha, Qatar, including the successful settlement of their claims.

Acting for a MEP subcontractor relating to claims arising out of the development of a hospital in Hong Kong in an ad hoc arbitration, including stepping in to replace previous counsel and draft their Reply and Defence to Counterclaim within a compressed time-frame.

Acting for a main contractor in the defence of two ICC arbitrations brought by subcontractors relating to the construction of a large beach resort project in Bu Samra, Qatar, including the dismissal of one claim (with costs) and the successful settlement of the second claim.
Advising the curtain-walling subsidiary of a major international contractor on defence of claims from the main contractor, and the pursuit of insurance claims against insurers, relating to the construction of balconies on a landmark residential apartment in London, UK.
Advising a private client in the pursuit of claims, and successful recovery of payment from insurers, relating to defects covered under a structural latent defects policy in respect of her private dwelling house in The Portman Estate, London.
Advising the South African subsidiary of a global IT and Airport Systems contractor on the termination of its supply and services agreement for the baggage and security systems being installed at a major new African airport terminal and hub.
Acting for a Qatari bank defending itself in litigation before the QICDRC relating to the sale of insurance-backed savings products, including the dismissal of all claims following a successfully negotiated settlement of disputes.
Acting for a subcontractor bringing a claim in ICC arbitration relating to delay, disruption and unpaid variations relating to the construction of roads in Lusail, Qatar, including the successful resolution of its claims through negotiation.
Acting for the Qatari shareholders of a major regional construction contractor in the pursuit of claims in litigation, and the simultaneous pursuit of criminal proceedings against the former country manager of the contractor’s Qatari subsidiary, relating to fraud and false accounting carried out within the local branch, leading to the successful conviction of the country manager.
Advising a major international design practice on claims and counterclaims arising out of a landmark hotels project, being litigated in the Qatar courts.
Acting for a Qatari contractor in an ICC arbitration against another Qatari contractor, relating to disputes arising out of the failure of an unincorporated consortium to win a tender to construct a power and HVAC substation for a stadium being built for the FIFA 2022 World Cup. This included a 3-day hearing in which Matthew carried out all oral advocacy, including cross-examination of factual and expert witnesses.
Advising a Spanish consulting engineer on claims relating to a major infrastructure project being built in Qatar in readiness for the FIFA 2022 World Cup.
Advising a major GCC-based contractor relating to delay and variation claims concerning the construction of a major new shopping mall in Doha, Qatar.
Advising a major US-based consultancy on dispute avoidance strategy arising out of its involvement in the New Doha International Airport project.
Advising a Qatari subcontractor on a QICCA arbitration and closing out of a negotiated settlement of multi-million dollar claims for payment on a gas processing project in Ras Laffan, Qatar.
Acting on an ICC arbitration for a global media network in a shareholders' dispute with its Turkish shareholder and director.
Acting on an ad hoc UNCITRAL arbitration acting for a major GCC contractor in its claim for wrongful termination and unpaid delay and disruption claims arising out of the construction of a major shopping mall in Dubai, UAE.
Acting for the contractor in an ICC arbitration relating to the wrongful termination of the construction contractor for a world-class sporting facility in Dubai, UAE.
Acting in a series of disputes in adjudication, arbitration and mediation between a major public infrastructure and public transport authority and a consortium composed of major global contractors and telecoms engineers, relating to a high-profile PFI contract for the renewal of the telecoms system on a major underground railway.
Acting on an ICC arbitration for a major German engineering company relating to the setting-up of a concrete plant on the Red Sea coast of Saudi Arabia.
Acting on an ICC arbitration between an electricity producer, an Indian state engineering company and a major US engineering corporation, advising (amongst other things) as to the correct measure of damages under an EPC contract concerning steam-driven turbines and the level of their power output.
Acting as key adviser in an ad hoc international adjudication between a major Indian engineer and the Government of Tanzania.
Acting as counsel, including presenting all oral submissions (including at a one-day hearing involving submissions and cross-examination) and producing all written submissions, in two adjudications for a major London-based property developer.
Acting counsel, drafting mediation submissions and conducting oral advocacy at a mediation between a FTSE-100 company and a former shareholder.
Acting on the above TCC case, the first reported judgment on the duties of a quantity surveyor in 40 years. Acted for the quantity surveyor on a major residential house project in Surrey, UK, and secured a judgment that ultimately resulted in all claims being dropped against the client together with a contribution towards its costs.
Acting for a Qatari architect, assisting with payment claims and defending threatened counterclaims in arbitration, as well as advising on potential mediation in the USA, arising out of a major project in Al Rayyān Municipality.

Advising the state-related entity for establishing new Economic Zones on redrafting their entire suite of standard-form construction contracts.
Advising on the construction elements of the first PPP agreement under the new PPP Law in Dubai, relating to the construction and concession for a new car parking facility for Dubai Courts.
Acting as sole in-country external counsel for the Spanish energy giant, including drafting the contract for the fit out of their new offices in the QSTP.
Advising the Indian-headquartered designer and builder of hydro-electric power facilities on its global terms for EPC Contracting.
Sole external counsel seconded to Qatar Rail to assist with the tender analysis and contractual review on the ground-breaking new railway to be constructed in Qatar in time for the 2022 FIFA World Cup.
Advising the Qatari-registered branch of the leading global contractor on Qatar Law issues relating to large public works tenders in Doha and at Ras Laffan.
Advising the Qatari real estate developer on numerous scheme agreements relating to a major mixed use development in Doha, Qatar.
Advising the leading global contractor in respect of a number of issues arising out of its NEC3 contract with Crossrail for a number of substantial construction packages at Paddington Station.
Carrying out all construction-related drafting, as part of a cross-firm team, in a funding and implementation agreement on behalf of TfL relating to the new extension to services on the North London Line, one of the London 2012-related infrastructure projects.
Carrying out all drafting and negotiation and acting as lead client contact for TfL on the NEC3 form for multi-million-pound infrastructure contracts on the East London Line link to the North London Line.
Assisting with construction-related drafting, including acting as sole legal reviewer with the project team of all technical documentation, on behalf of TfL relating to the main works contract for the East London Line extension.
Providing all construction and dispute resolution drafting and advice relating to LUL's Periodic Review of its PPP contracts with Tube Lines.
Advising on the construction aspects of the fitting-out of its store at Westfield Stratford, London, the landmark retail development in the Olympic Park, London.
Drafting trade contracts and a secondment agreement and reviewing other construction documentation concerning a five-star boutique hotel project in Knightsbridge, London.
Advising a leading international architect and drafting sub-consultancy documents relating to a major international infrastructure project in Doha.
Return to top of page