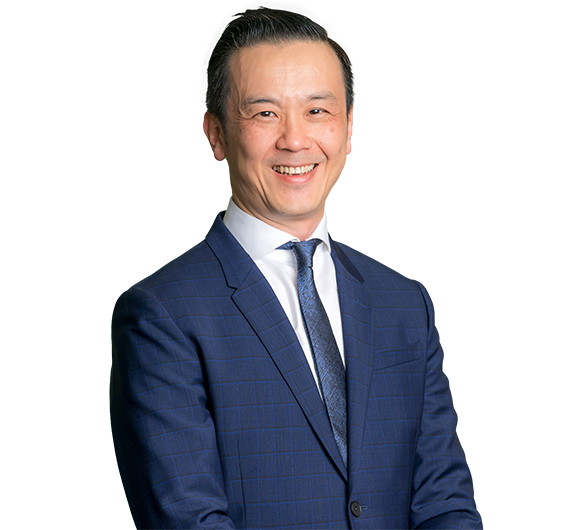 Advised Sichuan Tianqi Industry (Group) Co., Ltd in the takeover of Talison Lithium Ltd. through a scheme of arrangement.

Advised the leading Chinese automotive distributor, Pang Da Automobile Trade Co., Ltd, in relation to their proposed acquisition of Swedish car manufacturer Saab Automobile AB, and its claim in the liquidation of the Saab Automobile AB.
Advised Hong Kong Fareast International on its proposed outbound investment in a school bus manufacturer in the United States.

Advised a leading global financial institution in relation to its various proposed investments in the financial industry in China and the restructuring of its group entities in the region.

Advised a Hong Kong-based bank in relation to its proposed investment into a fund management joint venture in southern China.

Advised UBS on the establishment of the first foreign-invested securities joint venture company in China with a full domestic securities license and the restructuring of Beijing Securities.

Advised Banco Bilbao Vizcaya Argentaria S.A. (BBVA) on its two-pronged acquisition of (i) 5% stake as a strategic investor in China CITIC Bank in China (CNCB), and (ii) 15% stake in CITIC International Financial Holdings Limited in Hong Kong (CIFH); the privatisation of CIFH and corresponding increase of BBVA’s stake in CNCB; and the further stake increase in CNCB to 15% upon exercise of the call options by BBVA.

Advised Citibank on its investment in Shanghai Pudong Development Bank and the credit cards business cooperation between the two banks.

Advised CLSA on the establishment of the first Sino-foreign securities joint venture company (CESL) under the CSRC regulatory regime.

Advised CLSA on the eventual disposal of its interests in CESL.

Advised an international bank in its bid to acquire an equity stake in a Chinese bank.

Advised Commonwealth Bank of Australia in relation to its acquisition of a 19.9% stake in Hangzhou City Commercial Bank.

Advised Commonwealth Bank of Australia in relation to its acquisition of an 11% stake in Jinan City Commercial Bank.

Advised an international commercial bank in relation to its co-operation with a national domestic bank in establishing a credit card business.

Advised CVCI on the US$100 million establishment of an industrial gas production joint venture.

Advised JRE on its pre-IPO acquisition into and subsequent exit from Laidun International Limited.

Advised Sanofi on its joint venture with Minsheng Pharmaceutical Co. Ltd. in relation to the OTC vitamin and mineral supplements business.

Advised on the ~US$26.1 million investment by Rousselot in a gelatin production joint venture in China.

Advised the seller of its Asian-based recruitment web portal centred in Hong Kong.

Advised Iron Mountain on the acquisition of a document and tape storage business in China.

Advised Iron Mountain on the acquisition of Santa Fe’s document and tape storage business in China.

Advised Invesco Real Estate on its RMB2 billion foray into the PRC warehouse and logistics sector, by becoming the majority shareholder of certain of Shanghai e-Shang’s Warehousing’s PRC entities that own and operate 400,000 sqm of warehouses in the PRC.

Advised GN on its cooperation with Earway in hearing aid products supply and distribution.

Advised Hertz on its various proposed cooperation in China and its investment in CAR Inc.

Advised Home Depot Asia on the US$87.5 million acquisition of a home improvement business based in Northern China, and its subsequent divestment.

Advised Coca-Cola in relation to the construction of its bottle-blowing facilities and the supply of related bottle preforms.

Advised SGL Carbon in relation to the establishment of its needle coke manufacturing joint venture with Shanxi Hongte.

Advised Tarmac on the establishment and subsequent disposal of its quarry in Zhejiang province.

Advised Autoneum on its commercial contracts in China.

Advised BP on the restructuring of its Asian olefins and derivatives business (including PRC assets and operations) as part of its global spin-off.

Advised an Asian power company on the establishment of a nuclear power joint venture in China.

Advised TerraForma on its proposed acquisition of hydropower plants in Yunnan province.

Advised the joint power and industrial gases developers in negotiating the development of a third party utility centre supplying electricity, industrial gases and pressurised air to an ethylene cracker complex in China.

Assisted a Japanese consortium in the development of an HFC-23 decomposition project as part of the Clean Development Mechanism (CDM) under the Kyoto Protocol.

Advised a Canadian sponsor in relation to its joint venture with the Chinese party for developing a captive blast furnace gas-fired power project in Shanghai, China.

Assisted the sale of the foreign investor’s interest in the 75MW power project.

Advised the foreign developer in the liquidation of its Hainan power joint venture.

Advised the developers in relation to their EPC Contract for a 180MW hydro-electric plant in Indonesia.

Advised the developers on the onshore/offshore EPC Contracts for their 130MW gas-fired power plant in East Palembang, Indonesia.

Advised IVO as the operator for the Hin Krut IPP Project in Thailand.

Advised an Australian-Japanese syndicate in relation to the acquisition of a 1680MW coal-fired power plant and the subsequent corporatization of the offtaker.