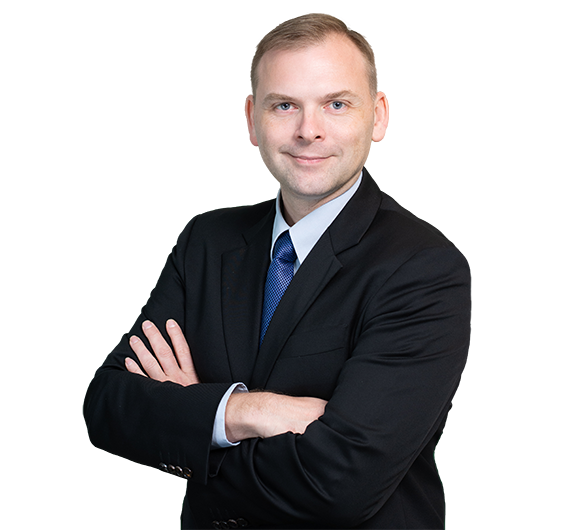 Acted for a sovereign State in developing a proposed legal strategy involving referral to the International Court of Justice to resist enforcement of a judgment arising from an ICSID arbitration award valued in excess of US$300 million, identifying applicable rights and obligations based on State consent in public international law and the domestic law of the jurisdiction of enforcement.

Representation of a parent entity and operating company in the South Asian renewable energy sector in international commercial arbitration under the SIAC Rules with respect to a shareholder dispute with an amount in dispute of up to US$20 million.
Representation of rights holder in global hospitality design concept in connection with a dispute with Indonesian counterparty in international commercial arbitration under the SIAC Rules, including with respect to applications for consolidation and expedited procedure, in a matter arising from alleged breaches of intellectual property (IP) rights and unpaid sums under multiple management agreements concerning multiple venues.
Representation of an Asian state-owned entity in the energy sector in SIAC arbitration with an amount in dispute in excess of US$500 million, including drafting of pleadings and submissions, appearance at hearing of interlocutory application for the early dismissal of claims, and drafting of submissions for the challenge of an arbitrator.
Advising of a subsea cable installation contractor in SIAC arbitration proceedings with an amount in dispute of US$37 million arising from the alleged wrongful termination of a subcontract.
Representation of a client in the aviation sector in a US$10 million dispute over additional freight costs arising from delayed delivery, including the provision of advice in preparation for potential SIAC arbitration or mediated settlement under the Singapore Convention as well as direct representation in settlement negotiations with the opposing party.
Acting for a client in relation to claims for damages arising from a takeover conspiracy in a complex dispute involving an international arbitration as well as other proceedings.
Acting for a regional Asian airline company with respect to the preparation of a Notice of Arbitration and Emergency Application for Interim Relief in a dispute with a European counterparty.
Advising an Asian state-owned entity with respect to the recognition and enforcement of a foreign arbitral award in Hong Kong.
Acting for the exclusive agent of a global rubber trading company in relation to claims in a SIAC arbitration in excess of €10 million following the termination of an exclusive agency agreement.
Representation of an LPG provider in Asia in a dispute with an Asian state-owned entity in the energy sector over the late delivery of cargo with anticipated SIAC arbitration and an amount in dispute of US$2 million.

Acting in an internal investigation involving the provision of advice to a major corporation in the Asian energy sector with respect to options for strategic global response to allegations of corporate wrongdoing and potential liability arising from “Operation Car Wash” in Brazil.
Advising two marine and civil engineering consortia on ongoing project management, claims, variations and other contractual control issues in respect of USD multi-billion sovereign-sponsored EPC contract packages for dredging, land reclamation, foreshore defence, wharves, and ancillary structures in Asia.
Representation of a ship owner in a multi-contract charterparty sale-and-purchase dispute with the charterer, including with respect to the issuance of letters of demand, coordination of options for vessel arrest in multiple jurisdictions, and the ultimate drafting of a favorable settlement agreement.
Acting for a client in the Asian energy sector in a complex international dispute arising from a joint operating agreement with multiple commercial, technical, regulatory and legal issues and over US$100 million in dispute including decommissioning and abandonment costs as well as interest on the principal claim.
Acting for a listed global company in the energy sector in connection with a due diligence exercise to facilitate a potential business relationship in the Indian market.
Advising of a client and the development of a draft response to preserve the client's rights with respect to a counterparty's breach of a master services agreement in a pharmaceutical supply relationship.
Acting for major client in the Asian energy sector in the review of documents associated with the evaluation of potential claims in arbitration and the development of a customized NDA for use in outreach to third-party consultants.
Acting for a listed global company in the information technology sector in connection with a periodic risk assessment exercise for sales operations in markets across Asia.
Advising Chinese multinational listed company in developing EPC and assignment contractual risk profiles for a USD multi-million South American public works project.
Coordinating the obtainment of local legal advice from multiple jurisdictions in Southeast Asia on behalf of Asia-based and U.S.-based clients regarding issues with supply chain management or product distribution, including in regard to implications arising from international sanctions involving Iran.
Acting for a large private equity fund in relation to the conduct of due diligence for a prospective share purchase agreement in contemplation of a multi-million USD international M&A transaction in the cosmetics industry.
Acting for a member of the U.S. military and foreign spouse in a U.S. immigration matter.

Acting pro bono in a U.S. immigration matter for an unaccompanied child plaintiff petitioner seeking relief under the Convention Against Torture and withholding of removal as a result of persecution by authorities of a West African sovereign State.
Acting pro bono to coordinate a cross-platform research team drawn from six (6) K&L Gates LLP offices in Australia, North America, Europe, and Asia to compile a comparative law memorandum demonstrating the societal impact of pro bono legal services in support of a Hong Kong-based NGO’s application for charitable status in Hong Kong.
Acting pro bono to coordinate legal research and writing to meet an ethical supply chain NGO client’s request for multi-jurisdictional research involving the law of Canada, the Netherlands, France, Germany, the United Kingdom, and the European Union, working with local counsel or the office of an international law firm in each jurisdiction.
Coordinating pro bono support among three (3) K&L Gates LLP offices, an external local law firm, and a corporate in-house counsel department to obtain international pro bono corporate structuring advice across three (3) jurisdictions in Asia for an international anti-slavery NGO.
Coordinating the pro bono efforts of attorneys in ten (10) K&L Gates offices and three (3) collaborating firms to facilitate completion of a multi-jurisdictional legal research project examining regulations related to human trafficking or forced labour and applicable to corporate supply chains in nine (9) jurisdictions across four (4) continents.
Advising pro bono an international anti-slavery organization in the collaborative development of a proposed ADR regime to resolve disputes between workers and private sector employers in a Southeast Asian jurisdiction in conjunction with multiple international law firms.
Acting pro bono for an international anti-slavery NGO in the review of possible civil claims in U.S. litigation in collaboration with a local anti-slavery NGO in Southeast Asia on behalf of four (4) child victims of sex trafficking against alleged U.S. perpetrators.
Return to top of page