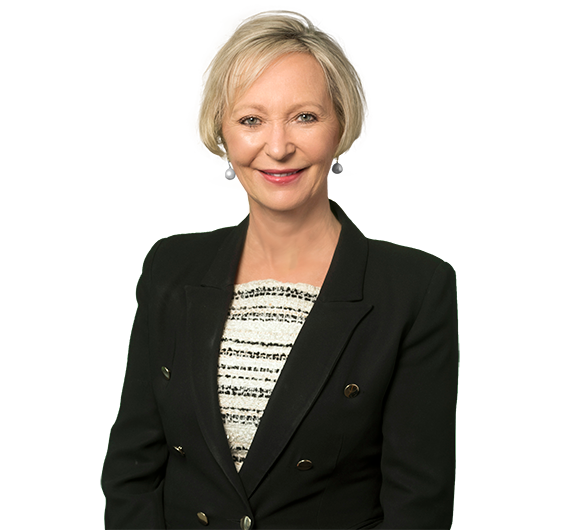 Advising CalPERS (the largest public pension fund in the U.S.) along with consortium partners Queensland Investment Corporation (QIC), Australia's Future Fund, OMERS pension fund, and Global Infrastructure Partners in the successful bid to acquire a 50-year lease of the Port of Melbourne. This was a strategic investment for CalPERS and its first investment in Australian infrastructure.

Acted for a group of entities in the building and construction industry involved in a tax audit. The audit covered an extensive range of tax issues and involved making a number of submissions and voluntary disclosures to the Tax Office on various matters.

Structuring of an investment by a US fund manager into a number of Australian farming properties. The tax practice was involved in structuring the investment to ensure Foreign Investment Review Board approval was granted, and that the structure was tax efficient, and in particular ensuring that concessions for offshore pension plans, and tax concessions for offshore investors under the managed investment trust regime, were obtained. Tax and GST treatment of ongoing operations, duty implications on direct and indirect land acquisitions, and creating flexibility for potential divestment in the future, were all advised on.
Devising a tax efficient investment structure to enable a US VC fund manager to take in offshore and onshore investment, and invest in a range of offshore and onshore assets.

Advised on the tax implications of a restructure and expansion of a fintech business which involved a platform for marketing loan products of lenders, facilitating the transactions between lenders and borrowers and managing the loan repayment process. The restructure involved establishment of new entities in various jurisdictions, including United States, Canada and Singapore. Tax advice provided to the client involved consideration of complex international tax issues, including tax residence of various entities, and the potential application of controlled foreign company (CFC) and controlled foreign trust (CFT) rules, as well as ongoing tax advice on specific transactions undertaken in various jurisdictions.

Advising on incentivisation arrangements and employee share scheme for a privately owned financial services business.
Advised a large multinational client in the online retail industry on a range of cross-border tax matters, particularly issues surrounding the jurisdiction in which income is derived for tax purposes, permanent establishment issues and interpretation of contract terms and how it impacts the tax treatment of income.
Advising an Australian fund manager on the establishment of a U.S. based fund to acquire mining assets in Africa. The advice included consideration of carry arrangments and Australian, U.S. and Singapore tax issues.
Advised a property group specialising in furnished apartments in relation to tax arrangements.
Advising an Australian manufacturing company on the most efficient structure for establishing a manufacturing base in China, with a distribution network throughout Asia and the United States. Integral to the advice was the location of the intellectual property of the company and the licencing arrangements to ensure compliance with transfer pricing requirements of a range of jurisdictions including the United States, Australia, China and Singapore.
Acted on a range of issues associated with the Fish Market redevelopment and relocation project. The project is the priority component of the wider development of Blackwattle Bay and a State significant development. One important aspect of our involvement was obtaining a private ruling to determine the status of the transaction and to provide certainty for the client. The overall result achieved is highly favourable and provides certainty and protection for the client from the tax perspective in respect of a major strategic transaction for their business. Separately, we objected to land tax assessments received by SFM. This involved negotiations with the Valuer-General's office. We have also given land tax advice on the new site, so as to minimise future costs.
Advising a privately owned property development group on a substantial restructure of their property portfolio to ensure tax efficiency and succession issues going forward.
Advised an Australian aircraft charter company on the lease of Embraer aircraft from lessors located in the United States.
Advised ASX-listed Hunter Hall International Limited, a specialist global and Australian equity investment manager, on tax issues relating to its reverse merger with fund manager, Sydney-based Pengana Holdings Pty Ltd. The merger sees funds under management of the combined group exceeding AUD3 million. Contemporaneously with the Pengana merger, we also advised the Board of Hunter Hall in relation to the hostile takeover bids for Hunter Hall by Washington H. Soul Pattinson and Company Limited (ASX:SOL) and Pinnacle Investment Management Group Limited (ASX:PNI).
Advising an Australian consulting business on establishing a structure for operating in Australia, the United States, the United Kingdom and Asia, including advising on the most appropriate legal structure, taxation treatment of payment flows from the relevant jurisdictions, location of intellectual property and cross border fee arrangements with a particular emphasis on transfer pricing.
Conducting tax due diligence, in concert with the corporate team's due diligence procedures, for the proposed acquisition of shares in an offshore company with Brazilian oil assets. The deal value was large – over USD 1 billion – and the complex ownership structure being acquired raised difficult tax issues from an Australian, Dutch and Brazilian perspective.
Advising on the acquisition of the Queensland State forests, including advising on the most appropriate acquisition vehicle for offshore investors, including foreign pension funds and sovereign wealth funds based in Europe and the Middle East.
Advice and documentation in relation to restructuring an investment unit trust, to provide liquidity options for divesting investors, and greater flexibility in managing trust assets.
Advised the shareholders of Billi Australia Pty Ltd (a designer, manufacturer and distributor of instant filtered boiling, chilled and sparkling under-the-sink drinking water systems) and its UK counterpart GLGB Limited on its sale of a 100% interest in the Billi Group's global operations to an Australian-based subsidiary of Waterlogic (a designer, manufacturer, distributor and service provider of purified drinking water dispensers).
Advised the client in relation to tax issues regarding the AUD80 million sale of a 75% interest in the company to Hong Kong-listed Mason Financial Holdings Ltd (Mason Financial) with an additional 5% interest acquired by ASX-listed Wattle Health.
Advising on the income tax and stamp duty issues associated with the development of a solar energy plant and the leasing of that plant and associated take or pay arrangements.
Advised in relation to a convertible note issue by an Australian entity, with South African mining assets.
Advised on tax efficient means of disaggregating a financial services business (predominantly aircraft leasing), divesting assets to one exiting group of investors, and restructuring the business for continuing investors.

Advising on the early vesting of performance rights in the context of a scheme of arrangement.

Advising on the restructuring of a towage business, including making provision for new employment arrangement.

Advising U.S. Pension Fund on Australian tax issues associated with its cross border investments and advising on the availability of sovereign immunity under new legislation.

Advising on a restructure and disaggregation of a privately held agricultural business with major property holdings across North Western Queensland.

Advising Yarraka Bayles, in her capacity as guardian of Quaden Bayles, an Aboriginal child with dwarfism, in relation to implementing a tax efficient structure to receive funds raised by comedian, Brad Williams, through his GoFundMe campaign in the U.S., including U.S. and Australian issued associated with the distribution of the funds, and providing ad hoc assistance in that respect.

Advising on a number of tax matters arising from the acquisition of Minnovo Global - an engineering services provider based out of Perth that is noted for mineral project collaborations with a series of high-profile mining companies. The purchase of Minnovo added breadth to DRA’s expertise across a range of minerals and enhance the group’s overall strength in the design and construction of processing facilities.

Advised Americold in relation to tax, legal and fund formation advice in relation to its Australian operations, and specifically, in relation to the establishment of a managed investment trust structure which was to acquire interests in certain underlying Australian real estate assets on which cold storage facilities were to be constructed. Once these key sites have been developed, Americold will enter into a lease agreement with a third party supplier. In addition to the structuring advice, K&L Gates' engagement also included the preparation of the relevant implementation documents, preparation and lodgement of the foreign investment review board (FIRB) application, and liaising with third-party trust companies, as required. This matter was important because it involved a careful assessment of complicated tax issues surrounding managed investment trusts.
Return to top of page