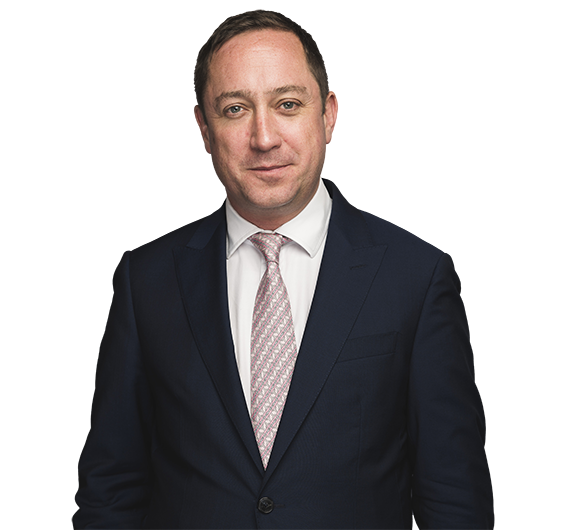 Amara Mining (an AIM-listed mining company), on its recommended merger with Perseus Mining Limited (an ASX/ TSX-listed mining company), pursuant to which Perseus acquired the entire issued share capital of Amara in exchange for new Perseus shares and warrants. The merger was implemented by way of a Court-sanctioned scheme of arrangement and valued Amara at approximately US$109 million.

Ørsted Salg & Service A/S on the sale of its LNG business to Glencore.

Global Resale, Ltd, on its acquisition of CFA Trading Limited.

NEP Group, Inc. on its acquisition of SIS LIVE Limited from Sports Information Services Limited.
Kayan Aviation Holdings Limited on its acquisition of Plane Business Limited.
NBT AS on the acquisition of SyvashEnergoProm LLC, a Ukrainian company involved in the development, construction and financing of a power generation facility and new substation for the 250 MW Syvash Wind Power Project in Kherson Oblast, Ukraine.
A national oil company on its proposed purchase of Shell’s interest in Mukhaiznah production sharing contract in Oman.

A member of a consortium bidding to acquire the UK Green Investment Bank.

ALS Limited on its acquisition of the entire issued share capital of ALcontrol UK Limited.

Berlanga Group on its acquisition from Carnarvon Petroleum of its interest in three onshore Thailand oil production concessions, for US$58.2 million.

Revcontent International Ltd on its acquisition of the entire issued share capital of Digitalbox Ltd, a marketing technology company.

The shareholders of a private company with gold mining assets in Zimbabwe on the sale of the entire issued share capital of the company.

BlueCrest Energy on its acquisition of assets in the Cooke Inlet, Alaska from Pioneer, its joint venture with Hallwood and its private equity fundraise of US$25 million from OneStone.

Amerisource Bergen Corporation on its acquisition of World Courier Logistics Group, Inc, a global specialty transportation and logistics provider for the bio pharmaceutical industry, for US$520 million.

The shareholders of South East African Mining Limited, a company with gold exploration licences in Malawi, on the sale of the company to Elephant Copper Ltd.

An Asian national oil company on its acquisition of a majority shareholding in an oil and gas company with assets in Peru.
Wisent Oil & Gas plc on farm-in arrangements in relation to concessions in northern Poland and farm-in and well services agreements with San Leon plc in relation to the Braniewo S concession in Poland.

Hot-Can plc (UK) on its acquisition of Hot-Can Inc (US) and Hot-Can Intellectual Property Sdn Bhd (Malaysia) and pre-IPO private placings to raise more than US$25m.

ABeam Consulting Limited on the MBO sale of Catalyst Development Limited, a specialist technology and operations consultancy, to Bladeset Limited.

Andaman Energy on its acquisition of offshore oil and gas licence interests in Myanmar from Korean interested parties.

Gazprom Marketing & Trading Limited in relation to its acquisition of all of the issued shares in Natural Gas Shipping Services Limited not already owned by it.

Edge Group (London) Limited in relation to its acquisition from management of the minority stakes in its subsidiaries not already owned by it.

Bloc Limited on a buy-back of shares from a minority shareholder and related group reorganisation.

Bloc Limited in relation to the sale of its majority shareholding in Katalyst Projects Limited.

LandAmerica Financial Group, Inc. on its acquisition of Chisholm, Nurser and Partners Limited, a building and construction consultancy company.

The shareholders of Security Support Solutions Limited, a security services company, in relation to its sale to The O'Gara Group, Inc.

A shareholder, on the sale of First City Insurance Group Limited to Gallaghers.

A bidder in relation to the potential acquisition of a Romanian wind farm.

The vendors of Hanrahan Thomas Limited, a Lloyd's broker, in relation to its sale to Ostrakon Capital Limited.

The vendors of Khaos Technologies Limited on its sale to EDM Group Limited.

A solar company on the demerger of its installation and distribution businesses.

Solenta Aviation Holdings Limited on its subscription for shares in, and the restructuring of, fastjet PLC.

Cluff Natural Resources Plc on its placing and admission to AIM and subscription to raise £2 million and on numerous subsequent placings and offers for subscriptions.
Bellzone Mining plc on a cash-box placing to raise £1.6 million.

An ASX-listed mining company, on its proposed placing and its admission to the AIM market of the London Stock Exchange.

Stifel, Investec and RBC, as Joint Bookrunners to Amerisur Resources PLC, on a placing to raise US$35 million.

Central Rand Gold, an AIM and AltX-listed gold mining company, on its move from the Official List to AIM; the issue of US$7,500,000 of secured convertible loan notes to Redstone Capital Limited; and numerous subsequent fundraisings (including open offers, placing and subscriptions).

Bellzone Mining, on amendments to its existing loan facility with China Sonangol and a proposed convertible loan facility of US$30 million, as well as several cash-box placings.

The 600 Group plc, de-listing from Official List, admission to AIM and subsequent placing to raise £3-4 million.

Acting for finnCap Limited in relation to a fundraising on behalf of Ideagen plc.

Acting for finnCap Limited in relation to a proposed fundraising by Trakm8 Holdings PLC.

Acting for finnCap Limited in relation to a proposed fundraising by Seeing Machines Limited.

Acting for finnCap Limited in relation to a proposed fundraising by AIM listed Elektron Technology.

Acting for finnCap Limited in relation to a cash-box placing by Lansdowne Oil & Gas Plc to raise approximately £7m.

Global Invacom Group Limited, a company listed on the SGX (Singapore Stock Exchange) on its placing (US$18 million) and admission to AIM.

Molins plc on its move from the Official List to AIM.

Techfinancials Limited on its placing and admission to AIM.

Evolution Securities as nomad to Wolf Minerals Limited in relation to its "fast-track" admission to AIM.

Amara Mining on placings to raise £23 million and US$22million, and a placing and open offer to raise up to US$37 million.

VSA Capital Limited, as broker to Madagascar Oil Limited, an AIM-listed company, on the company’s placing and open offer to raise up to US$26.1 million and a placing to raise US$20 million.

A US gas company on its proposed placing and admission to AIM.

Seymour Pierce and RBC on the placing (£53.3 million) and admission to AIM of Resaca Exploitation, Inc..

Singer Capital Markets on the IPO on AIM and placing (£5 million) by African Mining & Exploration.

Medusa Mining, on its move from AIM to the Official List.

A Chinese oil and gas company on its proposed placing and admission to AIM.

Teather and Greenwood on a placing by Rockhopper Exploration plc.

Range Resources Limited, an ASX-listed company, on its fast-track admission to AIM and subsequent placing to raise £4 million.

The nomad/ broker on a placing by an AIM-listed mining company and related acquisition of a company with copper assets in Namibia.

Charles Stanley on a placing by Supercart plc.

A tyre and plastic recycling company on its proposed IPO on AIM.

Strand Partners and Keith, Bayley, Rogers & Co on the placing and admission to AIM of Bluewater Bio International.

A biodiesel company in relation to a proposed placing and admission to AIM.

KBC Peel Hunt and Casimir Capital L.P., in relation to the placing ($100 million) and admission to AIM of Platinum Diversified Mining, Inc., a "special purpose acquisition company" ("SPAC") and the subsequent first acquisition by Platinum.

Collins Stewart, in relation to the fast-track admission to AIM of Cape Lambert Iron Ore Limited.

Strand Partners, in relation to a placing and reverse takeover by Northern Lynx

Keith, Bayley, Rogers & Co. on the placing and admission to OFEX of Alvaston Media plc.

KBC Peel Hunt on a placing by The Food and Drink Group plc, an AIM-listed company.

Keith, Bayley, Rogers & Co. on the placing and admission to OFEX of Hilton Ventures plc.

Strand Partners Limited on the reverse takeover of AIM-listed Gable Holdings Inc by Brown Duke AG and a related placing.

Quantum Global on its investment in Toro Gold Limited.

Hancock Natural Resources Group (a subsidiary of Manulife Financial Corporation) on its £25 million investment into Energy Works (Hull) Limited and its subsidiaries, by way of shares and secured loan notes.

Hancock Natural Resources Group on its investment of £15 million into The Waste Asset LP, alongside the UK Green Investment Bank.

MyHappy Limited on its offer for subscription and issue of loan notes.

Iona Capital Limited, a UK investment manager, in relation to its VCT-compliant equity and debt investment into Rosewood Energy Limited.

Wi-Q Limited on its offer for subscription.

BAMMA Limited on its offer for subscription.

Global Oil Shale on its private funding round.

An iron-ore mining company with assets in Liberia on its private placing to raise US$5 million.

Unity Power plc on its issue of loan notes and warrants to raise US$25million.

A FTSE 100, listed energy company, on its debt and equity investments in Biossence (East London) Limited and Biogen Power Limited.

A biodiesel company in relation to its issue of a €500,000 convertible unsecured loan note.

Travellers Cheque Associates Limited on the interpretation of its shareholders' agreement.

A biomass company on its joint venture and licensing agreements in relation to its proprietary torrefaction technology.

Mahiki Rum Limited on the establishment of its business, including its shareholders’ agreement.

A whisky company on its shareholders’ agreement and all aspects of the establishment of its business.

A biomass company on its group reorganisation.