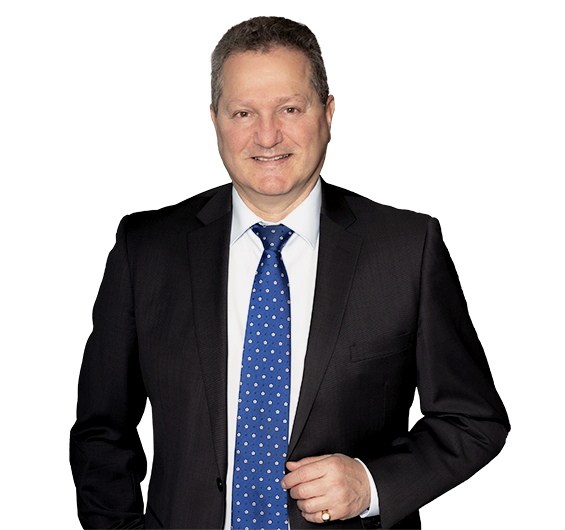 Acting for the body corporate in proceedings commenced against its manager, caretaker and letting agent in respect of a multi-million-dollar contractual dispute over management rights. The dispute also involved a claim against the body corporate's insurer in relation to coverage for the defence costs of the proceedings.
Advice and assistance to dentists in relation to the operation and enforcement of restraint of trade clauses in agreements.
Advising on the enforcement of obligations of dentists and medical practitioners under various arrangements, including Services and Facilities Agreements and commission based remuneration arrangements.
Providing advice to health service practices regarding agreements and structures to mitigate risks of adverse consequences of contracting with providers of professional and non-professional services.
Representing an Australian retail marketing and distribution company in contractual disputes involving performance of obligations under work-out deed, leases, management agreements, and related collateral agreements.
Acting for dental health professionals in disputes regarding the sale of practices, including operation of claw-back provisions for not achieving performance criteria.
Representing one of five oil companies sued in the Supreme Court by an airport organisation for damages to remediate site contaminated by fuel products in Australia.
Acting in multiple partnership disputes arising from malpractice, including providing advice regarding potential exposure under Federal and State legislation, and disagreements regarding equity contributions.
Acting for property developers in disputes involving the parties' performance of the development agreement, the status of the agreement, the existence and potential breaches of duties, the economic feasibility of the development and the removal of security interests.
Acting for an international cement manufacturer in Australia in relation to an Australian Competition and Consumer Commission authorisation application and related prosecution proceedings concerning anti-competitive practices.
Acting for developer in a claim for damages against the State of Queensland in relation to the State's response to property enquiries by prospective purchasers of off-the-plan lots about the State's potential requirement to resume part of the land the subject of the development site under a prospective transport infrastructure scheme.
Acting for an aged care facility in relation to acts of continued interference with its express right of access over an easement and its ancillary rights to repair and upgrade the easement.
Representing an Australian property trust in lease disputes involving claims of nuisance causing interference with quiet enjoyment.
Advising companies in relation to loan and facility agreements, mortgages, guarantees, and fixed and floating charges.
Acting for clients in claims arising from misrepresentation, negligence, breach of contractual duties, and breaches of fiduciary duties in respect of investment advice.
Acting for an Australian property funds management, investment, and development companies on the management of leasing portfolios comprising retail shopping centres including enforcement proceedings and advice on workplace health and safety issues.
Representing a commercial landlord in a tenancy matter involving structural defects arising from the non-permitted use of the premises, including advising in regard to claims by affected tenancies and insurance coverage issues.
Acting for a mining equipment company in relation to breaches of implied conditions of sale by description, fitness for purpose and merchantable quality by a supplier of raw materials and for indemnity under the Australian Consumer Law.
Advising franchisee in relation to code compliance issues, ASIC actions, obligations under franchising agreements and restraint of trade provisions.
Acting for a New South Wales rugby league club in managing employment related liabilities, public liability claims and indemnity disputes under Directors' and Officers' insurance policies.
Representing one of the world's largest mining companies in claims for business interruption loss and material damage arising from the collapse of mine ceilings. Issues involved the assessment of geometric expert evidence, mine drilling standards of best practice, indemnity, and scope of coverage of insurance policies providing substantial deductibles under Industrial Special Risks Policies.
Acting for and advising professional services clients involving disputes relating to facilities, services and participation agreements that involve breach of warranties, negligent misrepresentations, and misleading and deceptive conduct under the Australian consumer law.
Acting on behalf of an international mining company in asbestos and solar injury claims, and related dependency claims, against various wholly owned subsidiaries which carried on the business of third party ship management. These matters involve cross-jurisdictional issues, various statutory schemes, local insurers and Protection and Indemnity Clubs.
Representing a private finance company to enforce securities and guarantees. The matter involved the consideration of equitable principles, loss of opportunity claims and contraventions of (the former) Trade Practices Act and companies legislation.
Representing a company seeking an Anton Piller Order (search order) in the Supreme Court of Queensland in respect of the protection of intellectual property.
Acting for a national mining operator on insurance coverage issues relating to breaches of fiduciary duties by senior employees involved in large-scale frauds and acting in the related recovery proceedings seeking damages and equitable remedies.
Acting for and advising a mining company regarding the non-performance of a drilling sub-contract for a coal exploration tenement in Queensland.
Representing an Australian producer of oil, gas, and petroleum in its capacity as self-insurer for workers compensation and for all liability claims operating under a high deductible with an offshore captive insurer.
Acting for an international construction company to defend a negligence claim following damage to a public building, including issues regarding enforceability of warranties and advice regarding seeking indemnity from a third party.
Acting for a national construction company in State and Federal proceedings and advising on coverage issues arising from a multimillion dollar fraud perpetrated by a senior manager. The proceedings involved obtaining urgent Mareva (freezing) orders, conducting fraud investigations, undertaking extensive tracing and dealing with issues regarding legal capacity.
Representing an international manufacturer of road safety devices in a dispute with relevant State authorities as to continuing compliance with Australian Standards. Issues include the right to review decisions made authorising distribution in Australia, admissibility of product failure and testing data and objections to right to information application.
Return to top of page