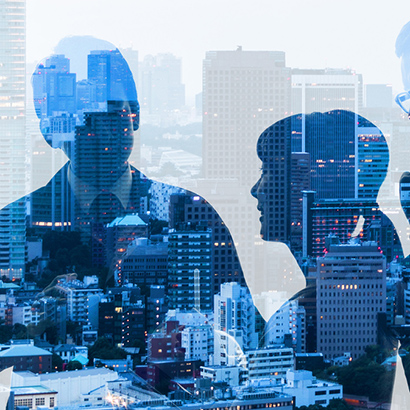 Represented a national software provider in a highly publicized, multi-jurisdictional dispute with a direct competitor that hired several client employees. Pursued noncompete and trade secret claims against the defendants on behalf of our client.
Represented a leading motor vehicle leasing company, and two management defendants in a 25-plaintiff employment discrimination action in Washington state court. The plaintiffs were all former employees at the company's Sea-Tac Airport operation who alleged discrimination based on religion (Islam) and national origin (Somali). Plaintiffs were suspended and subsequently terminated in 2011 for refusing to clock out for paid prayer time at work. After a seven week trial, the jury returned a complete and unanimous defense verdict in favor of our clients. On 3 October 2016, the Court of Appeals of the State of Washington ruled in our client’s favor in a unanimous published opinion. The opinion is the first in Washington to clearly hold that a court need not instruct the jury on pretext in a discrimination action. In addition to the state lawsuit, represented the company before the National Labor Relations Board, the Equal Employment Opportunity Commission and under the grievance process in its labor contract with the plaintiffs’ union.
Advised a global nuclear power company regarding allegations of fraudulent conduct by high-level executives pertaining to the projected financing of two new nuclear plants in South Carolina and Georgia. Helped conduct a complex, cross-border investigation into the allegations of wrongdoing and advised the company regarding the sensitive terminations of certain high-level executives.
Represented one of the largest freight railroad networks in North America in its defense verdict in a single plaintiff race discrimination claim. The case was unusually complex and had ramifications that went up to the C Suite. The plaintiff sought to introduce an “implicit bias” expert to attempt to prove that the Company’s decision makers must have acted based on racial biases, even if those biases were unconscious. This expert was excluded from trial. Despite plaintiff’s use, in part, of an implicit bias theory during trial, the jury rejected the plaintiff’s claims. After a six-day trial, a federal jury in Tacoma returned a unanimous verdict in less than an hour. The plaintiff appealed, arguing that the district court abused its discretion in several evidentiary rulings and its jury instructions. Without oral argument, a Ninth Circuit panel concluded that there was no abuse of discretion and unanimously affirmed the jury verdict.

Represented the board of directors of a Fortune 100 multinational medical devices, pharmaceutical, and consumer packaged goods manufacturing company in conducting an investigation in response to several shareholder demand letters and shareholder derivative suits centered on alleged excessive executive compensation.

Represented the news division of a global mass media company in defending a complex employment tribunal claim that had been brought by a former producer for sex discrimination, harassment, victimization, and equal pay.
Acted for a national sporting body and its state counterpart in defense of a claim of adverse action on the basis of political opinion brought by a former employee who performed work as the liaison with the Tasmanian Government. The client terminated her employment following the discovery of several social media posts critical of her key stakeholders in the Tasmanian Government. The former employee claimed that her employment was terminated because of her political views. Due to her allegation that her dismissal was demanded by the Tasmanian premier, this matter was the subject of national media attention and had the potential to seriously damage the client's reputation and involve the Tasmanian government in the Fair Work claim. The matter was the subject of intense media scrutiny on a person's right to express personal political opinions via social media. Had the matter proceeded it would have been the first case to consider the provisions that contain an exception to political opinion discrimination in the Fair Work Act. Assisted the client in the discipline process leading to the termination and ensured the client properly articulated that it had dismissed the employee because her conduct in publicly criticizing key stakeholders had demonstrated an inability to perform the inherent requirements of her role.
Represented a global technology company in its defense against claims filed in the United States District Court for the Southern District of New York by a discharged former applications developer alleging wrongful termination and retaliation based on disability and race in violation of the Americans with Disabilities Act and Title VII of the Civil Rights Act. The alleged disability was hypertension, diabetes, and adjustment disorder. The case ended in a dismissal with prejudice on summary judgment.
Served as special counsel to the New Jersey Select Oversight Committee conducting public hearings and publishing a report with regard to the administration's hiring practices and handling of an employee's allegation that she had been raped by another employee while he was a campaign worker. The committee's report resulted in the introduction of a number of bills in the state legislature which if enacted will have significant impact.
Represented a regional transportation infrastructure authority in connection with an enforcement action brought by the U.S. Equal Employment Opportunity Commission (EEOC) alleging a pattern and practice of Equal Pay Act violations. The district court’s rejection of the EEOC’s aggressive interpretation of the Equal Pay Act and dismissal of the case with prejudice near the outset of the case was widely publicized and noted in the EEOC’s own publications. On 29 September 2014, the U.S. Court of Appeals for the Second Circuit affirmed the lower court’s dismissal stating “[T]he EEOC had ready access to Port Authority documents and employees, including to the claimants asserting EPA violations, yet the EEOC failed — in fact, repeatedly rejected the need — to allege any factual basis for inferring that the attorneys at issue performed ‘substantially equal’ work.”
Return to top of page