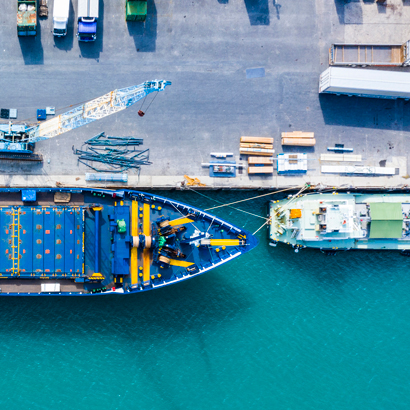 Represented Owner and Operator of large fleet of tanker vessels engaged in fishing vessel replenishment operations in the Pacific Ocean. Defended clients in initial U.S. Coast Guard onboard criminal investigation and eventual U.S. Department of Justice (DOJ) prosecution of alleged environmental crimes, including illegal discharges of oily bilge waste from vessels calling at Hawaii and the presentation of an allegedly false Oil Record Book in Honolulu. We successfully negotiated a favorable Plea Agreement and Environmental Compliance Program with the U.S. government on behalf of our clients.

Advised the Port of Seattle on the formation of The Northwest Seaport Alliance, a joint Port Development Authority (the first of its kind) with the Port of Tacoma, resulting in the third-largest cargo gateway in the United States. Our team advised on the structuring of the joint venture between two public port authorities, including research, tax advice, legislative assistance, open meetings assistance, public finance advice, drafting, negotiating terms, employment terms, integration advice, and regulatory issues for the Federal Maritime Commission.

Advised Vigor Industrial LLC, an Oregon-based company in the maritime industry, engaged in shipbuilding and repair and complex fabrication, in its sale to private equity firms The Carlyle Group and Stellex Capital Management. The transaction was part of a combined purchase of both Vigor and Marine Hydraulics International, LLC, a Virginia-based major marine repair and conversion contractor. The transaction involved several key issues that added to the complexity of the negotiations, including issues relating to the Committee on Foreign Investment in the United States, the Jones Act, the Hart-Scott-Rodino Antitrust Improvements Act, pensions, unions, and government contracting.

Represented a world leader in the transportation of dry cargo in extensive negotiations with the U.S. Department of the Treasury’s Office of Foreign Asset Control, which alleged that our client violated the Weapons of Mass Destruction Proliferators Sanctions Regulations, resulting in successful settlement.

Advised one of the largest cruise lines in the worlds with respect to the U.S. regulation of its fleet and its U.S. flag operations.