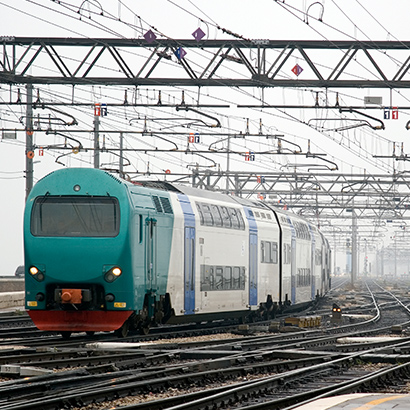 Advised an Australian diversified engineering company on the bid for the WestConnex Motorway extension and widening.

Advising VTG AG, a publicly listed, internationally leading wagon hire and rail logistics company, on the financing of more than 5,000 freight cars in the United States.

Advised KKR, an American global investment firm, on the sale of its subsidiary European Locomotive Leasing Group to a consortium of investors.

Advised Transurban Group, one of the world's largest toll-road operators, on the interface between the AUD1 billion Cross City Tunnel and the AUD15 billion Sydney Metro City and South West project, where the new twin rail tunnels to be bored will pass less than one metre below the existing twin road tunnels which will remain operational throughout boring and station construction, including excavation of station cavern and surface access adjacent to existing twin road tunnels.

Advise an infrastructure operator and maintainer in respect of a £200m river crossing London development between Rotherhithe and Canary Wharf.

Advising Mass Rapid Transit Corporation ("MRT"), a heavy rail system, on the construction of a second line for the Klang Valley MRT (“KVMRT”) project, known as the SSP Line or Line 2, in Malaysia.

Advising Mass Rapid Transit Corporation ("MRT"), a heavy rail system, on the construction and financing of the Klang Valley MRT (“KVMRT”) project Line 3. For the first time, MRT will have to finance the construction of Line 3 from vendor financing.

Advising Hitachi Rail Limited, a leading manufacturer in total railway solutions, on the drafting, negotiation and agreement of multiple depot works contracts across the UK.

Advised a state-owned railway company on a framework agreement and call-off conditions for the design, supply, installation, and maintenance of elevators and escalators across the network for the Doha Metro Project using a modified FIDIC Yellow Book for the call-off conditions.

Advising a fully owned subsidiary of an infrastructure operator and maintainer on its world class framework agreement for signalling systems based upon NEC Options C and E.

Advised a state-owned railway company on the tender analysis and contractual review on a groundbreaking new railway to be constructed in Qatar in time for an international sporting event.

Advised a local transport operator in German rail traffic for the procurement and on the €500 million financing of a fleet of 56 Siemens trains for the local rail network ABN-1.

Advised a German commercial bank on the financing of a fleet of 27 Alstom hydrogen trains, one of the largest hydrogen fleets in the world.

Advised DVB Bank SE, a specialist in international transportation finance, on the reorganization and restructuring of various financings in Europe for a leading international wagon hire and rail logistics company.