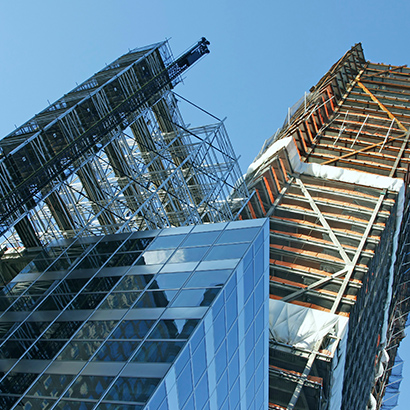 Represented Hamton Hostplus joint venture to act on all real estate aspects of the Moonee Valley Racecourse Redevelopment, an unprecedented Melbourne-area urban renewal project, including planning advice, title and owners corporation structuring, infrastructure arrangements, embedded network implementation, integration issues associated with the adjacent racecourse redevelopment and all aspects of sales and leasing within the development.
Represented Workspace, London's leading provider of office and studio space, on a number of mixed use schemes across London, including the extension and re-development of the Chocolate Factory in Haringey. The Chocolate Factory comprises 3 to 18 story blocks comprising 10,657 sqm commercial space and 230 residential units.
Represented client with advice on the development and sale of residential and commercial portfolios in Berlin.
Represented a public company based in Texas in connection with the development of several new branded hotels in Texas and New York and the negotiation of related Management Agreements and Franchise Agreements with international hotel brands.
Represented Lendlease on the development and sale of a mixed-use “place making” building in the heart of their Darling Square urban renewal development precinct in Darling Harbour, Sydney.

Represented BEOS AG, an independent project developer and asset manager headquartered in Berlin, in the acquisition of a commercial site in Berlin-Mitte for a German group of investors. BEOS plans to build a coherent campus structure with an estimated 40,000 square meters of commercial space on the site.

Represented a leading healthy hydration company regarding expansion of its spring water operations in Pennsylvania, including expansion of existing facilities, protection of existing watersheds and development of new facilities.
Represented NSW Ports, a consortium of leading institutional investors, in its AUD 120M funding contribution to the development of rail infrastructure at Port Botany.
Represented a hotel developer in connection with its hotel development and management documentation with an international hotel brand in Doha, Qatar.
Represented Sydney Fish Market Pty Ltd on the negotiation of an agreement for the AUD 750 million redevelopment and relocation of Sydney Fish Market by the state-owned UrbanGrowth NSW Development Corporation.
Represented client on the construction aspects of the St James' Quarter development, a mixed use regeneration project in Edinburgh with a value of £850 million involving a joint venture partnership. The development will include 850,000 sq ft of prime retail space, luxury hotel and ApartHotel and serviced apartments accommodation, premium office space and nearly 200 residential units.
Represented Bensons Pty Ltd in connection with the development, subdivision and sale of "Liberty One," a high density staged mixed use project in Footscray, Melbourne.
Represented a multinational construction company regarding the development of the One Barangaroo project in Sydney, a major mixed use project incorporating premium luxury residential apartments, retail, hotel and casino components, with an end value in excess of $1.7 billion.
Advising a U.S. leading data center company on the negotiation and the signature of a construction contract with the general contractor, the architect and the general manager AMO, relating to the extension and fit-out of 2,500m2 of additional IT space on 2 floors in an existing data center in Pantin near Paris. Extension of an existing data center, the largest in Europe, on the existing car park for 4 800KW. Advising and representing also the French subsidiary in several disputes pending before French courts.
Return to top of page