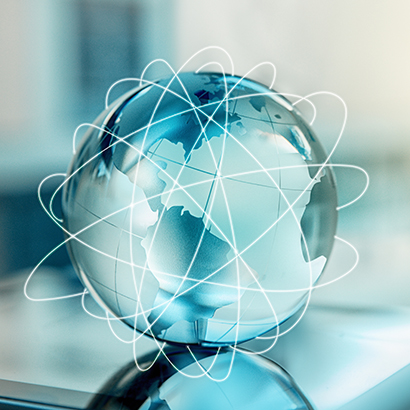 Represented an American technology company in connection with an LCIA arbitration against an Italian finance company relating to convertible debt.
Represented a global oil and gas engineering contractor in pursuing claims against the prime contractor on a U.S. Gulf of Mexico project for an oil major in ICC arbitration proceeding seated in London, including claims regarding changes to scope, delay, and disruption with claims and counterclaims valued at more than US$80 million.
Represented the owner and operator of a liquefied natural gas facility in Africa in a London-seated, LCIA-administered arbitration under UNCITRAL Rules, regarding a claim in respect of alleged delays and defects in the construction of the plant against the contractor, with total sums in issue valued at more than US$2 billion.
Represented a U.S. manufacturer of veterinary products in Geneva-seated ICC arbitration proceedings against its former European distributor relating to the distributor's use of packaging and branding alleged to be in breach of a prior written agreement.

Represented a leading manufacturer of pre-cast concrete in ICC arbitration against a multinational construction consortium concerning the manufacture of concrete structural elements for use in a major public transportation project in Riyadh, Saudi Arabia.

Represented the owner of one of the largest refineries in Libya in ICC arbitration proceedings in connection with disputes with its crude oil supplier and breaches of a feedstock supply agreement.

Represented a U.S. manufacturer of aeronautical components in a Geneva-seated French law ICC arbitration of a US$20 million contractual dispute with a leading French jet engine manufacturer.

Represented an Israeli pension fund in a US$15 million AAA arbitration seated in New York against co-investor/promotors concerning loss of investment in real estate.
Defended a claim in ICC arbitration proceedings from a development manager terminated for dishonesty on a large private real estate development in Doha, Qatar.

Acted for an international consulting engineer as claimant in ICC arbitration proceedings for a consultant’s unpaid fees for architectural branding services on the Doha Metro Gold Line in Qatar.

Defended a Qatari contractor in ICC arbitration proceedings following the failure of a joint venture to win a tender to construct a power and HVAC substation in relation to the FIFA 2022 World Cup in Qatar.

Defended a claim in ICC arbitration proceedings from a sub-contractor for disruption relating to construction of a chemical plant processing facility in Ras Laffan, Qatar.
Represented senior executives in the health care industry in a DIAC arbitration in connection with claims of alleged disclosure of confidential information belonging to a former employer and alleged breaches of non-compete and non-solicitation provisions. Enforced a costs award in Cyprus and successfully defended an application to the Dubai courts to annul an arbitral award which dismissed the arbitration due to lack of jurisdiction.
Represented a U.S.-based manufacturer of agricultural equipment in a Geneva-seated ICC arbitration proceeding relating to the alleged wrongful termination of a distributorship agreement with a distributor in Pakistan, governed by Illinois law.
Represented the U.A.E. affiliate of a U.S. raw tobacco processing company in Dubai-seated arbitration under DIFC-LCIA Rules, commenced against it by a Middle East cigarette manufacturer regarding quality-of-supply issues. Involved one of the first successful actions to enforce an arbitral award under the UAE Federal Arbitration Law.
Represented a global EPC contractor in multibillion-dollar ICC arbitration proceedings, seated in New York, and a related investor-state claim, in respect of the construction of one of the largest refineries in South America. The case has been recognized as one of the largest and most complex construction disputes in the world.
Represented an American power systems engineering and manufacturing company in a US$40 million ICC arbitration involving claims for delay/disruption in connection to a power plant construction project in Chile.
Represented a majority state-owned major European energy company in two consecutive London-seated LCIA arbitration proceedings regarding a price review under a long-term liquefied natural gas supply agreement.
Represented a major energy services company in the one of the most high-profile and significant cases for arbitrator conflicts and challenges for some years that was heard by the Supreme Court in London in November 2019. The case arose from a London-seated arbitration related to an insurance claim in connection with the Deepwater Horizon incident in the Gulf of Mexico in 2010. The court case related to the issue of multiple appointments of arbitrators, and was the first appellate English authority on the issue of arbitrator conflicts.
Represented a material supplier in successfully pursuing a claim for more than US$19 million, through ICC arbitration, against a manufacturer of electric cable products arising out of a fire and explosion at the client's aluminum smelter facility. Defeated a challenge on the jurisdiction of the tribunal in the U.S. courts.
Represented an Indian conglomerate in a US$25 million ICC arbitration seated in New York concerning a joint venture dispute relating to a mining project in South America.
Represented an iconic Japanese consumer electronics company in a US$200 million SIAC arbitration seated in Singapore governed by New York law against a Chinese SOE electronics manufacturer concerning the termination of a trademark licensing agreement.
Represented a national finance ministry in a dispute arising out of the loss of the oil tanker M/T Prestige off the coast of Spain in 2002 and the resulting major oil spill.
Represented a German cement industry investor against a Middle Eastern sovereign in a US$1 billion expropriation ICSID dispute.
Represented Latin American investors in a bank in a US$100 million BIT dispute over a sovereign’s expropriatory government measures.
Defended a European constitutional monarchy before the U.S. District Court for the District of Columbia against a global energy company’s petition to recognize and enforce an international arbitration award.
Represented a European sovereign in a US$350 million ICSID arbitration under the Energy Charter Treaty concerning an offshore oil and gas project.
Served as counsel to E.U. investors from the renewable energy sector in an arbitration against a CEE country related to regulatory changes.
Served as counsel to an Israeli company in a dispute related to a breach of contract for the supply of special-purpose vehicles to a Latin American country.
Represented an investor in a German-Argentine BIT arbitration involving a US$50 million claim against The Republic of Argentina in connection with an Argentine bond default.
Advised a U.S./Netherlands joint venture on investment structuring to secure investment treaty protection under the ECT and applicable BITs, concerning a proposed investment in the wind energy in a CEE country.
Advised an European renewable energy group on investment structuring to secure investment treaty protection under the applicable BITs with respect to investments in the energy sector in various African countries.
Represented a client before the European Court of Human Rights in a matter involving wrongful refusal to enforce an international arbitral award.
Represented an American construction company in an Association of Arbitrators (Southern Africa) arbitration seated in London concerning construction of mine in Africa (FIDIC Red Book) with more thanUS$40 million in dispute.
Represented a Taiwanese electronics manufacturing in a multimillion-dollar UNCITRAL arbitration seated in New York concerning patent licensing agreement and claims for unpaid royalties.
Return to top of page