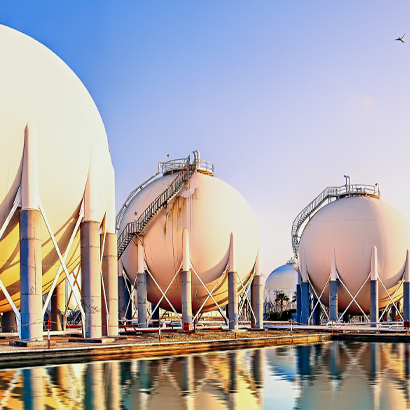 Advised the owner of a major US$12bn LNG liquefaction plant in western Africa (being a consortium of an NOC and several oil majors) on various aspects of the project including the construction, testing and commissioning of the facility, plant modifications and disputes under the onshore and offshore EPC contracts. This is one of the largest energy projects on the African continent with a capacity to process 1.1 billion cubic feet of natural gas per day.

Advised NOC on a FSRU project, including legal, commercial and operational issues.

Advised a high profile European energy company on a series of pricing and price review issues under a long-term LNG sale and purchase agreement. The price review arbitrations led to favourable adjustments.

Advising Ørsted on the divestment to Glencore Ltd of its LNG trading business and associated European regasification capacity at the Gate LNG terminal in Rotterdam.

Advised the Ministry of Mines & Energy of an Asian country on its first-ever LNG import licenses.

Represented a private U.S. based company for its lump sum, turn-key liquefied natural gas (LNG) project in Massachusetts, including developing the full suite of contract documents and serving as lead counsel in the contract negotiations for the engineering, procurement and construction of the LNG facility.

Advising an LNG terminal operator on marine operations, including regulatory compliance and contractual arrangements such as tug services.

Advised a NOC on LNG time charterparties for spot LNG deliveries as well as a suite of LNG ships for a long term commitment.

Advised a shipping company on a long-term LNG bunkering supply agreement. Negotiated and drafted the final sale and purchase agreement.