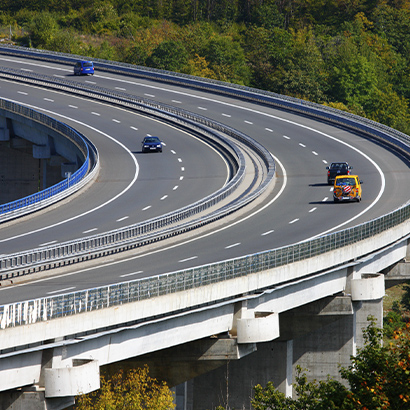 ​Represented Pennsylvania’s largest investor owned water and wastewater utility company with respect to the environmental and regulatory aspects of the acquisition of the combined sewer wastewater system serving the City of Scranton and surrounding communities. This transaction was precedent setting, involving the first effort to transfer a publicly-owned combined wastewater system to private ownership, with substantial issues relating to the intersection of public utility regulation and policies with federal and state environmental regulations (including combined sewer overflow correction, Chesapeake Bay TMDL program requirements, and industrial pretreatment issues).

​Served as Pennsylvania counsel to the City of Pittsburgh and Pittsburgh Parking Authority in structuring and negotiation of a proposed parking system P3 lease and concession transaction.

Represented the successful proposer in the negotiation of a 20-year DBOM contract with Tampa Bay Water, a multi-county regional public authority, to develop and operate a 60+ mgd surface water treatment facility, involving a technically and legally complex arrangement to pursue development of a state-of-the-art water treatment facility using innovative technology.

Advised the operator on its successful bid for the operations and maintenance contractor role on the Clarence Prison PPP, which is a full custodial services PPP for a 1700 bed prison and, when operational, will be Australia's largest correctional center.

Acted for the design, build, operate and maintain contractor, on its successful bid for the $2 billion contract to design, build, operate and maintain a new 156 meters long Australian icebreaker research and supply vessel for the Australian Antarctic Division of the Commonwealth Department of Environment. Negotiated and documented the shipbuilding contract with the Dutch shipbuilder.

Worked with an engineering contractor in relation to its delivery contract, maintenance facility works deed and through-life support contract with the New South Wales Government and negotiating downstream documentation with the Chinese rolling stock manufacturer, for the design and delivery of 24 doubledeck trains and options for up to 45 more.

Advising on all aspects of the O&M contractor's bid to be the metro operator of North West Rail Link (now Sydney Metro North West). Advising on and negotiating project documentation.

Advised the winning consortium on its successful bid for the new CBD and South East Light Rail and operations of the Sydney PPP Inner West Light Rail project.

Advising one of the leading real estate and investment companies in Qatar in relation to the Qatar Schools PPP Development Program (Package 1) led by the Ministry of Education and Higher Education and the Public Works Authority (Ashghal).

Advising a governmental entity in relation to a transportation services solution with respect to FIFA World Cup 2022.

Advised Logit Engineering on a USD 600 million sustainable bus rapid transit (BRT) project in Peshawar, Pakistan and a USD 200 million BRT project in Karachi, Pakistan (both of which are being founded by ADB) partially to be delivered with the use of PPP delivery method.

Advised Manateq, a leading provider of special economic zones in Qatar, in connection with the delivery of worker accommodation projects on a PPP delivery method in Ras BuFontas and Um Alhoul economic zones.