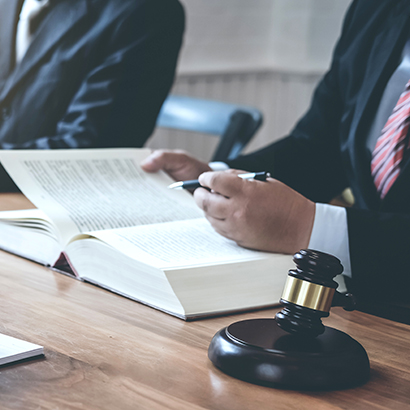 Represented Astra Oil Trading, NV in a challenge to the US$820.5 million settlement agreement pertaining to an integrated energy company's failure to uphold a purchase agreement related to a joint venture between the companies' subsidiaries.

Represented an international engineering and design company in more than AU$40 million of litigation arising from a collapse during the construction of the Lane Cove Tunnel in Sydney, Australia.

Represented integrated media and entertainment company in six lawsuits originally filed in jurisdictions across the United States—two putative class actions, a putative mass action brought by 60 plaintiffs, two wrongful death actions, and a lawsuit brought by two former employees—concerning alleged traumatic brain injuries suffered by employees. The lawsuits were transferred to the U.S. District Court for the District of Connecticut and consolidated, and our client was successful in dismissing all of the lawsuits on motions to dismiss and, in one case, a motion for summary judgment.

Represented a major aluminum company in the defense of claims in federal court by 27 landowners in Louisiana alleging injuries and damages suffered from purported contamination from an industrial plant.

Represented an international rail and transportation services company in the defense of a federal court multidistrict litigation putative antitrust class action involving the consolidation of 24 class actions alleging unlawful restraint of competition in the railroad services labor market.
Represented a major chemical company in connection with civil liability and damage claims arising from a series of well-publicized chemical fires at a Texas facility in the wake of Hurricane Harvey in September 2017.

Represented a software developer who was developing software for the plaintiff in the student higher education loan-servicing space. The case involved claims of breach of contract, misappropriation of trade secrets, intentional interference with business relations, and punitive damages. After a nine-day trial, the jury returned a unanimous defense verdict on the allegations that our client had misappropriated the plaintiff’s trade secrets or interfered with the plaintiff’s business opportunities as a student loan-servicing company.

Represented a major electrical equipment supplier in a jury trial in Fulton County (Atlanta), Georgia state court involving claims of breach of contract and fraud brought by a former CEO of a joint-venture company under a multiyear earn-out contract.

Advised an operator of British racecourses in multiparty litigation regarding horseracing data and media rights protection and in relation to regulatory, race fixture, and sponsorship issues.

Advised a global biotechnology company in connection with international litigation regarding manufacturing, distribution, and use of bio-pesticide.

Served as lead trial counsel for a natural gas and natural gas liquid producer in a lawsuit involving the marketable condition rule in connection with the payment of production royalties. Plaintiffs were several royalty owners who opted out of an earlier settlement in a class action lawsuit and alleged our client violated the marketable condition rule when it paid royalties to them on gas produced from Oklahoma wells. The plaintiffs claimed that the company’s failure to place the gas in a marketable condition breached the oil and gas leases and that our client committed fraud and other torts in allegedly underpaying royalties. The plaintiffs sought to recover several million dollars in damages. After a 2019 trial that lasted more than two weeks, the jury returned a verdict for our client on all counts.

Represented the owner/operator of the SS El Faro, a U.S.-flag Ro-Ro/container vessel that sank in 2015 in Hurricane Joaquin in the Caribbean, resulting in a complete loss of the vessel, all cargo, and all 33 persons on board. Provided counsel in the U.S. Coast Guard’s Marine Board of Investigation, the parallel National Transportation Safety Board investigation, and the civil limitation of liability proceeding in federal court.

Acted for an international building products company in its defense of a substantial (NZD1.5 billion) claim brought by the New Zealand Ministry of Education in the High Court of New Zealand.

Represented a joint venture as plaintiff in a contract dispute with a water authority over construction of a US$140 million dam project.

Lead counsel in a defamation jury trial in which we represented the plaintiff, a hedge fund manager, and its individual principals. In a prior jury trial for which we were also lead counsel, the jury found that the statements at issue were false and defamatory against the plaintiffs. In September 2016, a trial was held to determine damages resulting from the defamatory statements. The jury awarded a verdict to the plaintiffs that was the 45th-highest jury verdict in the United States in 2016. After the 2016 trial, in 2017, we were successful in opposing the defendant’s post-trial motions for judgment notwithstanding the verdict and remittitur. The verdict was affirmed by the appeals court in August 2019 and affirmed by the state’s Supreme Court in November 2019.

Represented Andrew Tinkler in his boardroom disputes with Stobart Capital Limited, including a breach of fiduciary duty claim where the directors were found to act with improper purposes by trying to manipulate the voting at the annual general meeting (Stobart Grp. Ltd. v Tinkler [2019] EWHC 258 (Comm)) and a defamation claim against the directors in relation to a regulatory news service (Tinkler v Ferguson and Ors [2018] EWHC 3563 (QB)).

Advised and successfully defended Qantas Airways Limited in the federal court proceedings commenced by Aussie Airlines Pty Ltd to obtain access to the gates operated by Qantas at its Australian domestic terminals.

Served as a member of the national asbestos trial team for a global manufacturer of commercial and consumer products.

Assisted an Italian company specializing in the design, construction, and maintenance of large telecommunication networks in updating its organization, management, and control model pursuant to Legislative Decree 231/2001.

Acted for Apache in proceedings in the Supreme Court of Western Australia by a customer in respect to a claim arising from an explosion and fire at Varanus Island in 2008.