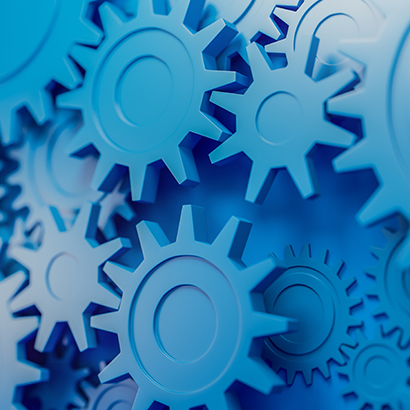 Represent  Regents of the University of Minnesota in a willful direct and indirect infringement of the method claims of U.S. Patent No. 5,859,601 (the “‘601 Patent”).  The ‘601 Patent claims a method for encoding data to be written to a magnetic disk in an HDD that substantially increases the accuracy with which the data are subsequently read off of those magnetic disks, thereby allowing for increased data density.

Successfully acted for Caesarstone in appealing the decisions of the Australian trade marks office to the Federal Court of Australia. We successfully defended 2 trade mark oppositions and a cancellation action filed by Ceramiche Caesar.

Advised SNF Australia, an Australian company which manufactures chemicals used in water treatment (particularly mining), in relation to Patent Oppositions in the Australian Patents Office, and patent invalidity and patent infringement proceedings in the Federal and High Court. We have acted on various proceedings involving innovation and standard patents and patents of addition.

Defended an online travel provider in a patent infringement suit before the U.S. District Court for the District of New Jersey involving travel services software systems.

Represented online native advertising platform in lawsuit brought by competitor seeking to shut down platform. The matter was important not just for our client’s ability to continue operating, but for all internet service providers who are protected by the federal grant of immunity for user generated content under the Communications Decency Act. After expedited discovery, we defeated a preliminary injunction motion in New Jersey federal court.

Defended clients Matsutek Enterprise and BISSELL Homecare in Certain Robotic Vacuum Cleaning Devices,  against patent infringement claims by iRobot covering robotic vacuum cleaner technology. While developing excellent non-infringement and invalidity arguments against iRobot during litigation, we also countersued iRobot in China and the U.S. with our own patents. After six months of intense litigation, we obtained a very favorable settlement for our clients, as the settlement terms of the two previously settled Respondents were far more limiting than our clients and even banned from entering the U.S. market.

Assisted a German company in pending litigation in relation with numerous patents acquired by our client, further to the assignor of such patents acting in bad faith and having assigned its patents twice to two subsequent assignees.

Representing a manufacturer of industrial material in the aftermath of the termination of a distribution agreement in France and infringement litigation further to the continued unauthorized use of its trademark by former licensee.

Represented a pesticide manufacturer in pursuit of a Fifth Amendment taking claim associated with an EPA action.

Represented CMU for a matter in the Northern District of California for willful direct and indirect infringement of the method claims of U.S. Patent Nos. 6,201,839 and 6,438,180 (the “CMU Patents”).K&L Gates previously enforced the CMU Patents against Marvell Technology Group Ltd. and Marvell Semiconductor, Inc. and was successful in obtaining a $1.17 billion verdict in CMU’s favor.  The verdict against Marvell was the largest in the United States in 2012 as reported by The National Law Journal and the third largest ever in a patent case.

Represented Montrose Environmental Group, Inc. in a federal court action in the Eastern District of Washington against former Montrose employees and their new competing business, Zephyr Air Quality Services, LLC. Montrose alleged claims under the Defend Trade Secrets Act, breach of contract, breach of duty of loyalty and unjust enrichment. Montrose obtained preliminary and permanent injunctions and a confidential settlement prohibiting further unfair competition and prohibiting the use and obtaining the return of all trade secrets at issue in the case.

Represented Ohio State Innovation Foundation in district court litigation asserting a patent directed to the efficient use of network bandwidth over the Internet.

Represented Rutgers University and successfully obtained summary judgment of contract breach, which resulted in a favorable settlement to the client on the eve of trial.

Defended the Vibram entities in a federal court action in the Western District of Washington. Plaintiffs objected to Vibram naming a shoe the FiveFingers Bikila, and sued for violation of the Washington Publicity Rights Act, false designation of origin in violation of the Lanham Act, violation of the Washington Consumer Protection Act and unjust enrichment.  We prevailed on summary judgment, arguing that all claims were barred by the applicable statutes of limitations and laches due to plaintiffs’ knowing delay in asserting their claims.

Defended an award-winning developer of software applications for enhancing cybersecurity defense protocols for the finance, banking, retail, and higher education industries in a patent infringement action.

Acted as counsel for Getac to defend against various Trademark Opposition Applications that Veritas Technologies LLC filed with the TTAB against Getac for its use of the VERETOS mark in connection with its data storage, management, and recovery services. We are assisting Getac with defending against applications and have recently resolved this matter successfully for Getac with Getac’s VERETOS marks getting issued soon in the United States, Europe, and Taiwan.

Represent A&F opposing Tyra Bank’s Modelland Holdings, LLC (“Modelland”) trademark applications for the term HOUSE OF FIERCE. For over 20 years, A&F has used the mark FIERCE.  It also owns many “FIERCE formative” marks for personal care and related products. Modelland applied to register the term HOUSE OF FIERCE with overlapping goods and services to those of A&F. The TTAB opposition is currently suspended.

Acting on behalf of wholesale company in respect of design and trademark protection strategies, IP portfolio management and acting in a Supreme Court proceeding against Euromark Limited.

Counseled for HOOTS RIGHTEOUS WINGS (“HOOTS”) trademark portfolio, a recent new “fast-casual” concept for the famous HOOTERS brand. We provide clearance and counseling related to use and registration of the new HOOTS marks and logos to be used in the expansion of this new concept.

Counsel for this leading yogurt brand SIGGI’S in its global expansion and are the primary U.S. and global trademark and copyright . This representation is significant as we have represented them for over 10 years and continuing to represent them as counsel for all trademark work relating to the global expansion. We have obtained multiple wins for the client globally by ensuring no infringement of its valuable brand.

Defended client’s IFIBER registration in cancellation proceeding that resulted in maintaining the registration of our client’s mark and abandonment of the petitioner’s application. Settled during discovery period pursuant to confidential settlement agreement.

Represent Kipling in its enforcement and protection of the overall look of its iconic Kipling bag.

Prepared trademark assignment and license agreements distributing assets and use of long-held trademarks of the non-profit trade association for the magazine media industry as the organization stripped down its operations.

Represented POC Sweden AB, a designer of sporting gear and equipment, in patent infringement (preliminary injunction) and invalidity proceedings concerning a new helmet technology that is designed to protect from oblique impacts.

Advising Seafolly, a leading and iconic Australian swimwear and lifestyle brand, in copyright infringement proceedings which have been issued in Australia, Canada and France regarding third parties that it alleges infringe its fabric prints.

Achieved willful patent infringement verdict for SIMO Holdings, Inc. in a five-day jury trial. The jury awarded our client a royalty amounting to 99% of the requested damages. Judge Rakoff enhanced damages by 30% based on willfulness finding.

Represented Gillette in defending the exclusivity of its famous billion dollar brand GILLETTE.The matter resolved favorably for our client and Clear H2O abandoned its application to register the mark GELLET.

Represented the University of Oregon in a 500 million dispute before the District Court of Oregon and the Trademark Trial and Appeal Board involving the intellectual property related to  a suite of early language learning assessments called “DIBELS”.  Research related to these educational tools was funded by federal and state grant funds, including the No Child Left Behind Act.  The dispute lasted over six years and was recently resolved with a favorable settlement in August 2018.

Tried case for defendant WGBH against claims that WGBH owed $19 million in allegedly unpaid royalties for the Martha Speaks animated public TV series based on books by author Susan Meddaugh. After trial, court entered judgment in 2018 of no actual damages and $100 in nominal damages.

Defended WWE against claims of patent infringement made by non-practicing entities. We resolved these and other matters with favorable settlements, often by enforcing a third party to defend and indemnify.

Represented Tyler, the largest software company in the nation solely focused on providing integrated and technology services to the public section, in a dispute over evergov.com domain name, which was confusingly similar to client’s ENERGOV trademark registration, and failed to use the domain name in connection with the bona fide offering of goods and services, instead using the domain name to solicit personal information through a website that encouraged users to upload documents for payment to local government. Tyler received a favorable decision at the forum, awarding the transfer of the domain name to Tyler.

Counselling client in strategic campaign to prevent client's customers from patent assertions by bringing, on a regular basis, oppositions against European patents of a non-practicing entity that threatened client's customers

Advised Swedish-based global medical devices manufacturer on IP enforcement issues in the UK and Europe. advised the client on enforcing its design rights against competitors with respect to a range of successful wound care products. We also advised the client on a trade mark dispute with a UK manufacturer of parallel imported wound care products.