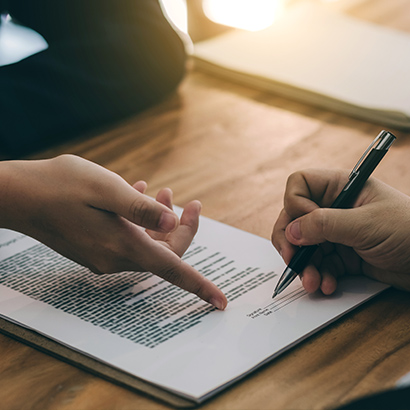 Represented a global engineering and construction firm in a prime/subcontractor dispute involving delay and disruption analysis and technical changes.
Assisted a global logistics company with the U.S. Army's logistics LOGCAP contract worth as much as $6 billion.  We coordinated the client's entry into all countries in which it was required to perform, using either internal resources or coordinating local counsel.  This internal K&L Gates network and host country set of firms provided advice regarding host nation business registration, taxes, labor issues, and U.S.-host country treaties and Status of Forces Agreements.
Successfully defended an award to a service-disabled veteran owned small business in connection with a Defense Information Systems Agency task order for technical operations support for the Joint Staff, Cyberspace Environment Division, Joint Information Operations Range (JIOR), which develops and maintains a distributed, closed-loop live-fire network to support training and testing of information related capabilities in and through cyberspace.  K&L Gates defended protests from two unsuccessful offerors, each of which challenged, among other things, organizational and consultant conflict of interest concerns.  The GAO denied or dismissed all grounds of protest.

Operated as a critical business partner and team member of a global supplier of coatings and speciality materials on its government contracting issues, including providing comprehensive compliance and negotiation assistance on government contracts, cooperative agreements, CRADAs, and other government agreements.

Assisted an IT consulting firm to draft and negotiate subcontracts and teaming agreements with lower-tier subcontractors performing under a federal prime GSA schedule contract, including assessment of mandatory and recommended FAR flowdown clauses for commercial item subcontracts and requirements for contractor teaming arrangements.

Represented provider of VA Community-Based Outpatient Clinics in an appeal to the Civilian Board of Contract Appeals seeking payment for constructive change. K&L Gates successfully negotiated settlement with VA counsel after filing appeal and complaint.